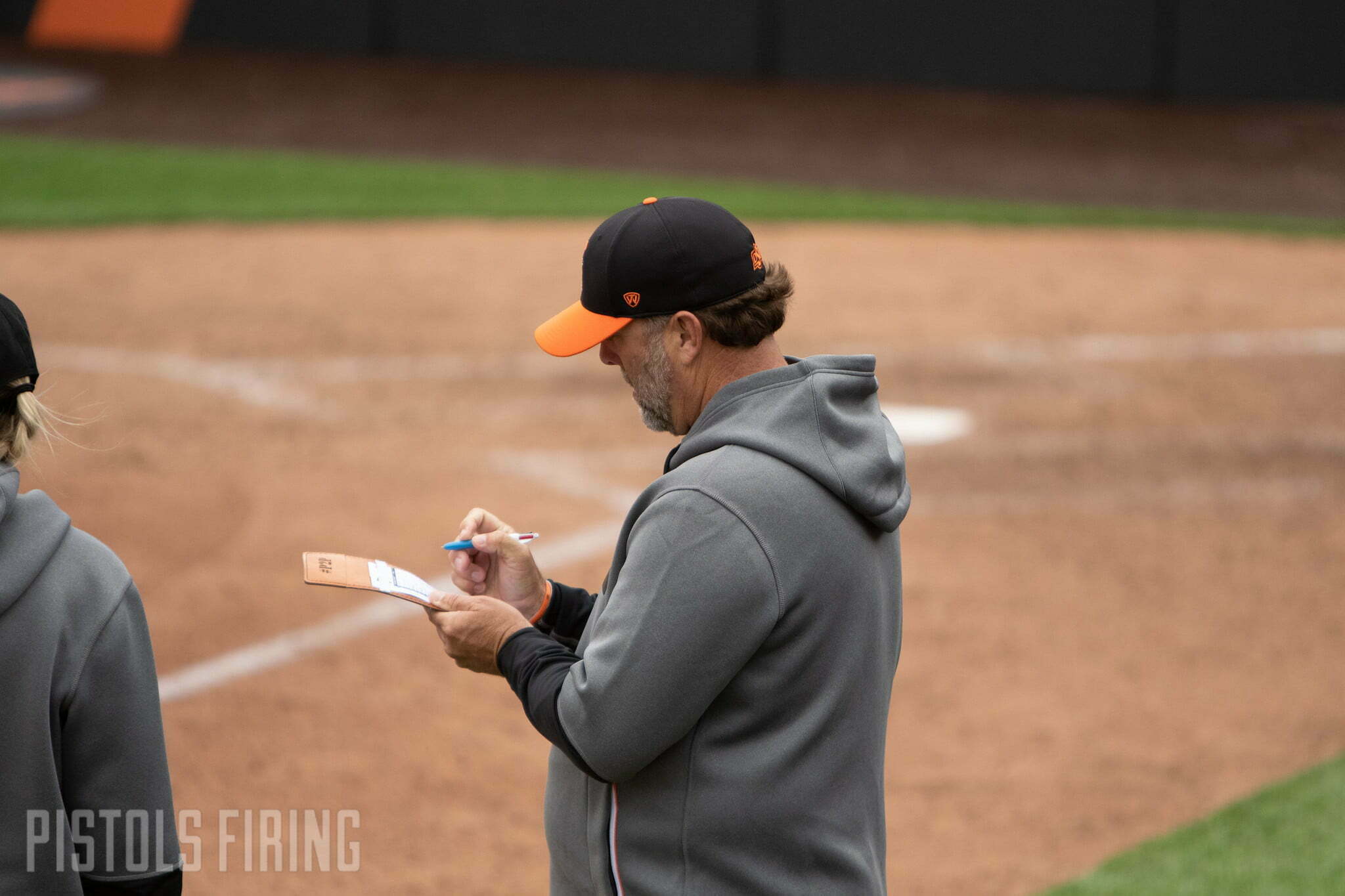 STILLWATER — Hayley Busby made a name for herself by hitting balls over the fence, but here lately, Busby’s aggressive base running has helped the Cowgirls.

Oklahoma State defeated Nebraska 7-4 on Saturday to advance to the NCAA Regional Final. Busby, a 5-foot-7 grad student, went 3-for-3 on the day with two RBIs and a run scored.

With the Cowgirls trailing 2-1 in the fourth inning, Busby tied the game when she slid into third on a fielder’s choice. Nebraska third baseman Sydney Gray wasn’t able to control the ball, and Busby popped up and darted across the plate through OSU coach Kenny Gajewski’s stop sign.

“I love to run the bases,” Busby said. “Last year, luckily, I was able to jog around the bases a couple more times than I have this year, but I think that that’s actually one of my favorite parts of playing softball. I’m not that fast. I’m not super slow, but I get to play with my eyes. … Sometimes I might think I’m a little faster than I am, but I feel like when you get a good read on the ball, it doesn’t matter how fast you are as long as you’re playing with your eyes.”

That error from Nebraska and heads up play from Busby started a four-run inning for the Cowgirls that put the game out of reach. After Busby scored, Chelsea Alexander, who has been electric at the dish the past few weekends, singled up the middle scoring Julia Cottrill and Kiley Naomi.

Alexander then stole second in time for Katelynn Carwile, an unsung hero on the team, to double to left center to make things 5-2.

Busby also recorded RBIs in the second and fifth innings. In the second, she doubled down the right-field line to score Karli Petty, who singled in the at-bat before. In the fifth, Busby looped a ball over the left side of the infield to score Sydney Pennington from third.

Then Busby made some web gems in the field in the top of the sixth. Nebraska’s Abbie Squier looped a ball between the circle and first, and Busby was able to make a sliding grab to save what would’ve been an awkward play to field had the ball gotten down. She then fielded a hard hit ground ball before stepping on the bag to end the frame.

“If you don’t follow our game, that play that she made, that little pop up over the mound, that’s a play that is brutal in our game,” Gajewski said. “Most first basemen don’t get there. That was a rally killer for those guys. That could’ve really hurt us. They had no business being rewarded for a hit, but if that ball falls, it’s gonna spin weird because of our ball. Just the little things like that, that’s an instinctual play. She hasn’t played a whole lot of first, but she’s played a lot of softball. And when you play a lot of softball and you pay attention and you’ve been coached right and she comes from a good family with baseball and all that kind of stuff, you tend to make those kinds of plays.”

Busby was the only Cowgirl with three hits Saturday, but Miranda Elish, Pennington and Petty all had two hits. And Alexander accounted for three runs with the two RBIs and a run scored. Alexander is up to a six-game hit streak and is hitting .412 with five runs scored in the Cowgirls’ past five games.

Morgan Day threw all seven innings from the circle. She gave up the four runs off five hits while walking three, hitting one and striking out two. Day has a knack for taking advantage of OSU’s solid defense, as the Cowgirls haven’t given up an error in the Regional through two games.

OSU advances to the final where, as of writing, the Cowgirls could play Nebraska, North Texas or Fordham at 3 p.m. Sunday. OSU is one win away from advancing to the Super Regional round of the NCAA Tournament and because they haven’t lost to this point, OSU can take two games to get that one win.