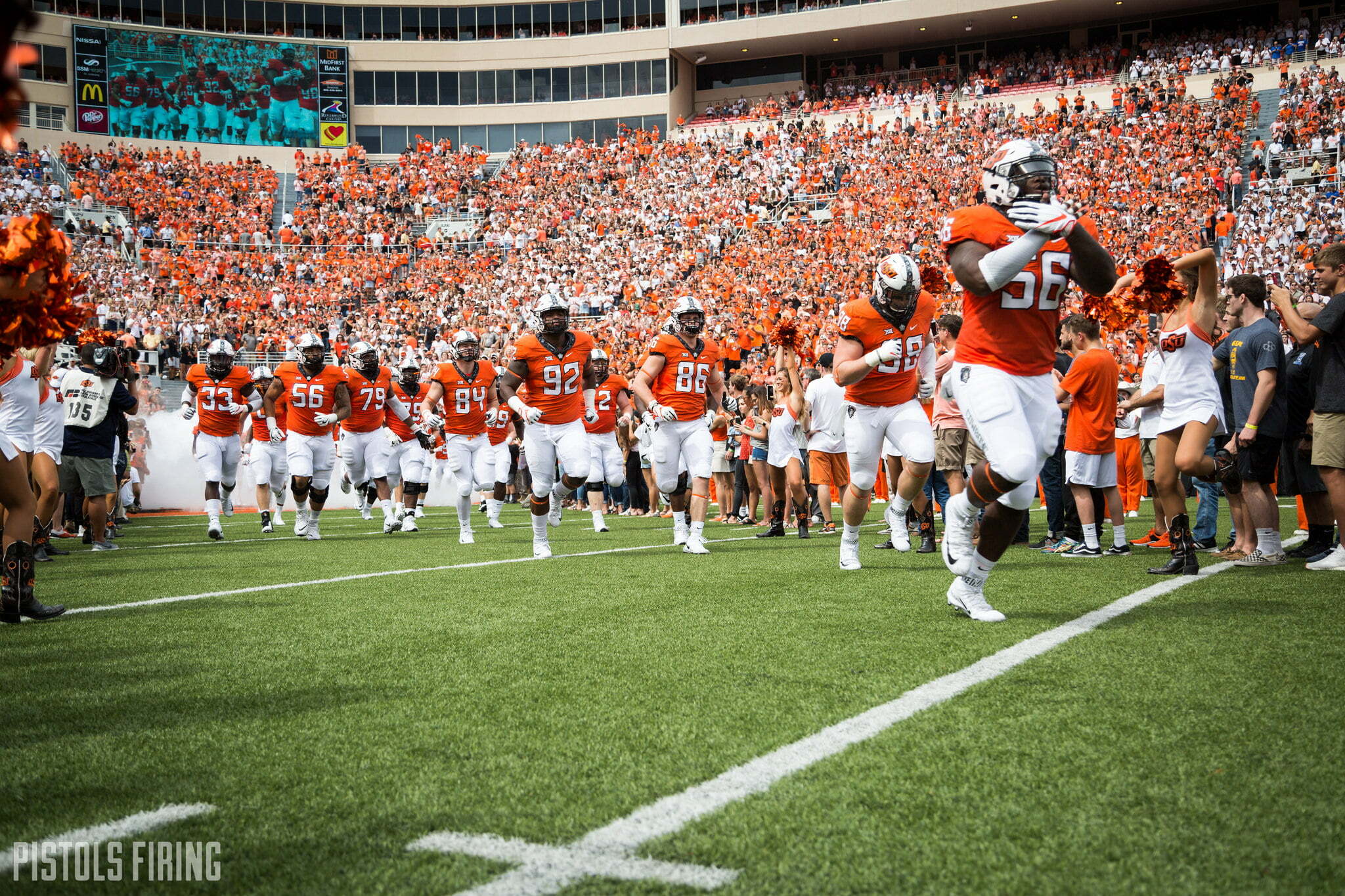 Spring football is just around the corner and with that Oklahoma State has posted its 2019 football roster. It’s always fun to see who the new additions are for the spring and what they will be wearing (numerically), so let’s dive in.

Here’s a look at the early enrollees for Mike Gundy’s 2019 class.

Brendan Costello donning No. 9 is a good look, and No. 27 is apparently the entry-level designation for running backs. Justice had it for a year, then JD King vacated it when he transferred out last season. Now junior college transfer Dezmon Jackson has it.

The designation for incoming punter Tom Hutton means that Oklahoma State will at least wait a couple years before retiring Zach Sinor’s number. We’ll see if it pays off with a Heisman campaign for the Aussie.

It’s also fun to see which returning players made a switch, thought that list was short this spring.

This one ought to make Kyle Porter and Carson happy. Personally, I’m old fashioned and like receivers in the 80s. But the single-digit wideout is growing on me, and No. 1 is just an awesome number to have in any sport.

Redshirt freshman Samuela Tuihalamaka apparently made a deal with his incoming fellow D-tackle Israel Antwine who took his No. 95 from last year. Tuihalamaka made the move to No. 35 which is interesting for a 300-pound lineman.

Here’s a look at the full roster.