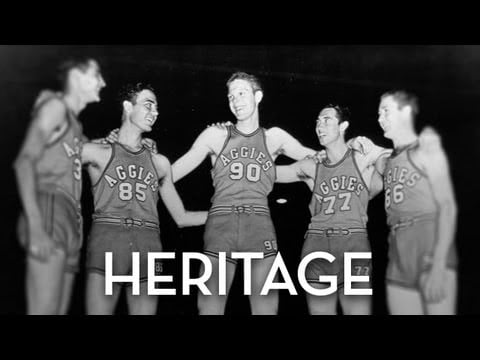 I hate the “Tiger is back” thing people do. I hate “Notre Dame is back.” I hate all of them.

The narrative is what it is. In OSU’s case — with Gallagher-Iba Arena — it hasn’t been a pretty one for the last few years.

There have been countless columns, articles, posts, tweets, instagrams, facebook statuses, tumbles (not sure this is a thing), and any other ways you can possible express things via the Internet that the basketball arena in Stillwater is devoid of people.

Devoid of fervor, really. Devoid of a lot of things

Does it bother me that it took one of the five best players in the country, the best dunker, and a six-game winning streak to barely sell out GIA for Bedlam?

Sure, but all that matters now — literally the only thing that matters at this very moment — is that GIA is sold out for Bedlam.

And students, you have no idea what you’re in for tomorrow.

You probably thought it was loud last year when we rocked No. 2 Mizzou and a bunch of you ran on the court to celebrate.

You might have thought Gonzaga was loud, or it was rowdy when we beat Kansas in Sean’s last year as the head coach.

But when your head is throbbing at halftime tomorrow because the echo of 13,611 maniacal, screaming people does crazy things to your inner equilibrium, you will know what Gallagher-Iba is supposed to sound like.

Two of my favorite places in the world: utterly empty, dark GIA and packed out, standing room only GIA. Both are mythical places — people lie to say they’ve experienced both.

So while you guys are at Murphy’s tonight partying like we’re the frontrunners for the Big 12, that dude who makes $10.50 an hour will be sweeping the 75-year-old maple in a cold, dark arena.

He will make sure that 12 hours later the floor shines so brightly Cade Davis could do his hair in its reflection.

And 12 hours later you will pour into the tentacles of that wonderful place. You will fill it to the brim and talk about seeds and brackets and college for the next two hours.

Then you will get to try and harness this toy Travis Ford has given you. And let’s be honest, I’m not sure if you still remember how to do it. It’s not your fault — it’s been a while since you’ve needed to carry a team.

You’ll see that despite all the whining from people like me and all the articles and stories, that the decision you made to attend OSU and to be an OSU basketball fan was a good one.

You will know GIA and it will know you. You will leave your spittle and your jeers and potentially parts of your vocal cords on its floors.

And you’ll feel like you can’t wait to do it all over again against Kansas on Wednesday.

When OU leaves, they’ll know too — I hope they know anyway. GIA swallows teams whole. You should make them crave playing at Allen Fieldhouse. At least the sun shines through the rafters there, a small offering of hope.

There should be no hope for teams like OU in sold out GIA. You should make sure they’re terrified of ever entering this place again.

I can’t wait either. I feel like a proud father letting his kids see for the first time how exhilarating it is to jump off the high dive.

You’re all going to be so drunk on the wonder of Gallagher-Iba you won’t even know what to do with yourselves. It is a magical, wonderful place.

Very much unlike what you’ve experienced at Boone Pickens Stadium. Boone’s house is great, don’t get me wrong, but it’s new and shiny and it’s grand. You’ve spent many a (probably) tipsy Saturday night and it has delivered over and over again.

GIA is different though. There’s no place like GIA when it’s swaying in the second half of a conference game. Loud like setting a firecracker off in a tin can. It will electrify you. You will question your sanity.

OSU is ready too. Marcus Smart and Markel Brown have their back braces on and the pieces are in place. Forte is cash at home, Cobbins is playing the best basketball of his career. Murph, Gardner, BWill, Jurick, even Nash — everybody knows their role.

And when Smart taps out at the very end and lets Markel have the hammer, you will know as well, students.

This team is for real and they have a chance to deliver over the next few weeks what only Kansas has for nearly the last decade.