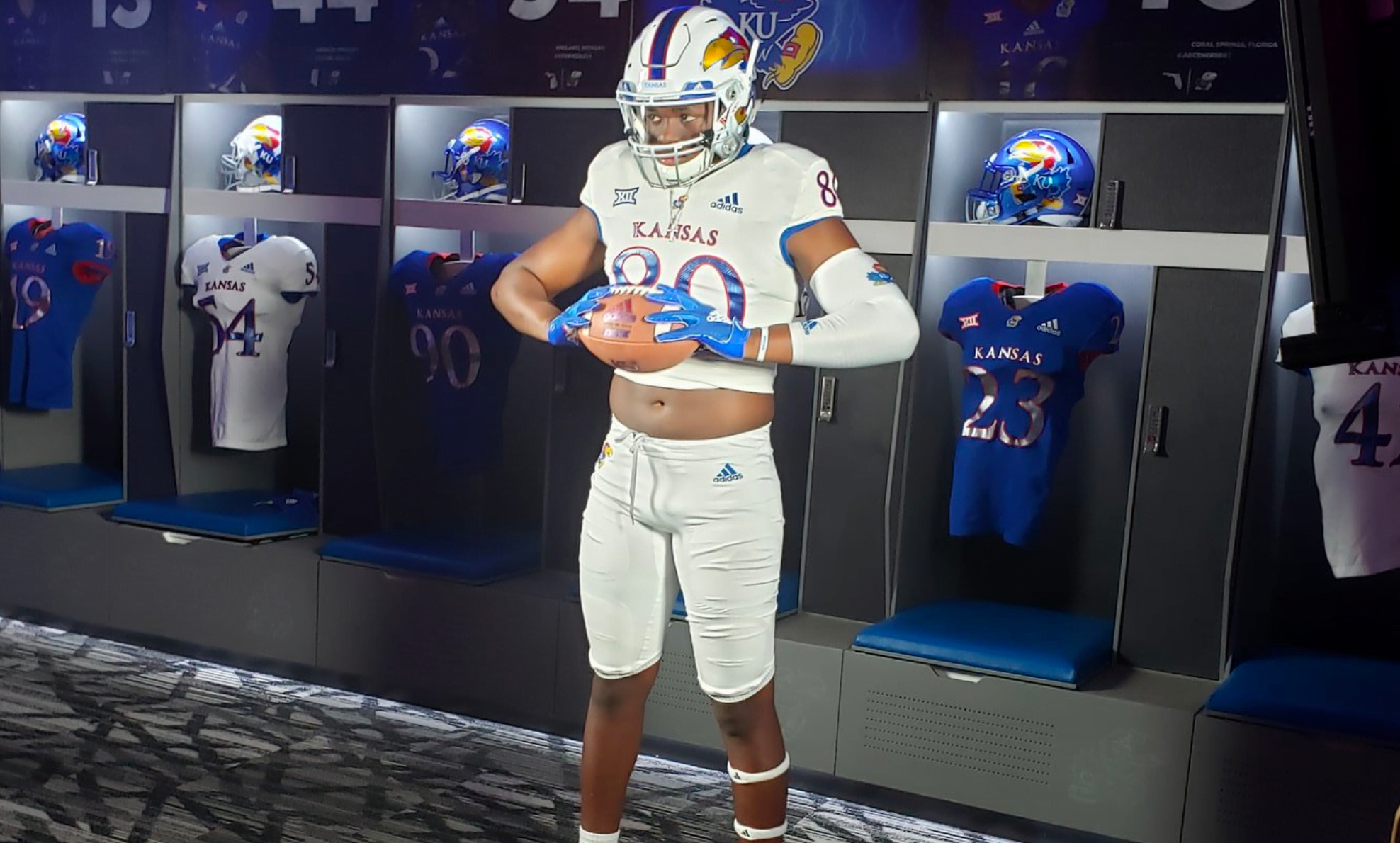 Class of 2020 defensive end Jalen Logan-Redding shrunk his list recently from 14 to four schools, and now he’s entering the home stretch of his recruitment.

Will it be in-state Missouri that coaxes him into staying home? Or will one Big 12 program — Kansas, Oklahoma State or Texas — strike it rich and yank him from the Show-Me State? Right now it appears to be a toss-up in large part because he’s on the record saying location isn’t a massive factor here.

“Location really doesn’t matter,” Logan-Redding told the Columbia-Tribune in an interview this week. “It really took me some time to really think about ‘how does location play a factor in my recruitment’ and I realized that it really doesn’t matter. If there’s a school that really suits you, you should just go after that school no matter how far or how close it is.”

Missouri offered first, a year ago, but OSU wasn’t far behind the Tigers. Since then, he’s gotten ample attention from coaches throughout the process — “They [all] appreciate me, not tolerate me,” he says, which, of course! — but he’s eyeing a decision and will soon have to divvy out the bad news to three of the four that they’ve been eliminated.

OSU sits in a good spot because its defensive line coaches have been recruiting him since the Stone Age, but also because OSU needs a defensive end in the 2020 class. They don’t yet have a commitment at the position this cycle. Of course, overcoming Mizzou, which at one time featured his father as a student-athlete back in the day, could be a real hill to topple.

While Logan-Redding is one of a number of targets for OSU at his position in this cycle, he appears to be the closest to committing at this point. With OSU still looking to fill a void, expect the staff to continue pressing this summer in hopes of luring him away from the other Big 12 (and SEC) programs charging at him ahead of his decision.