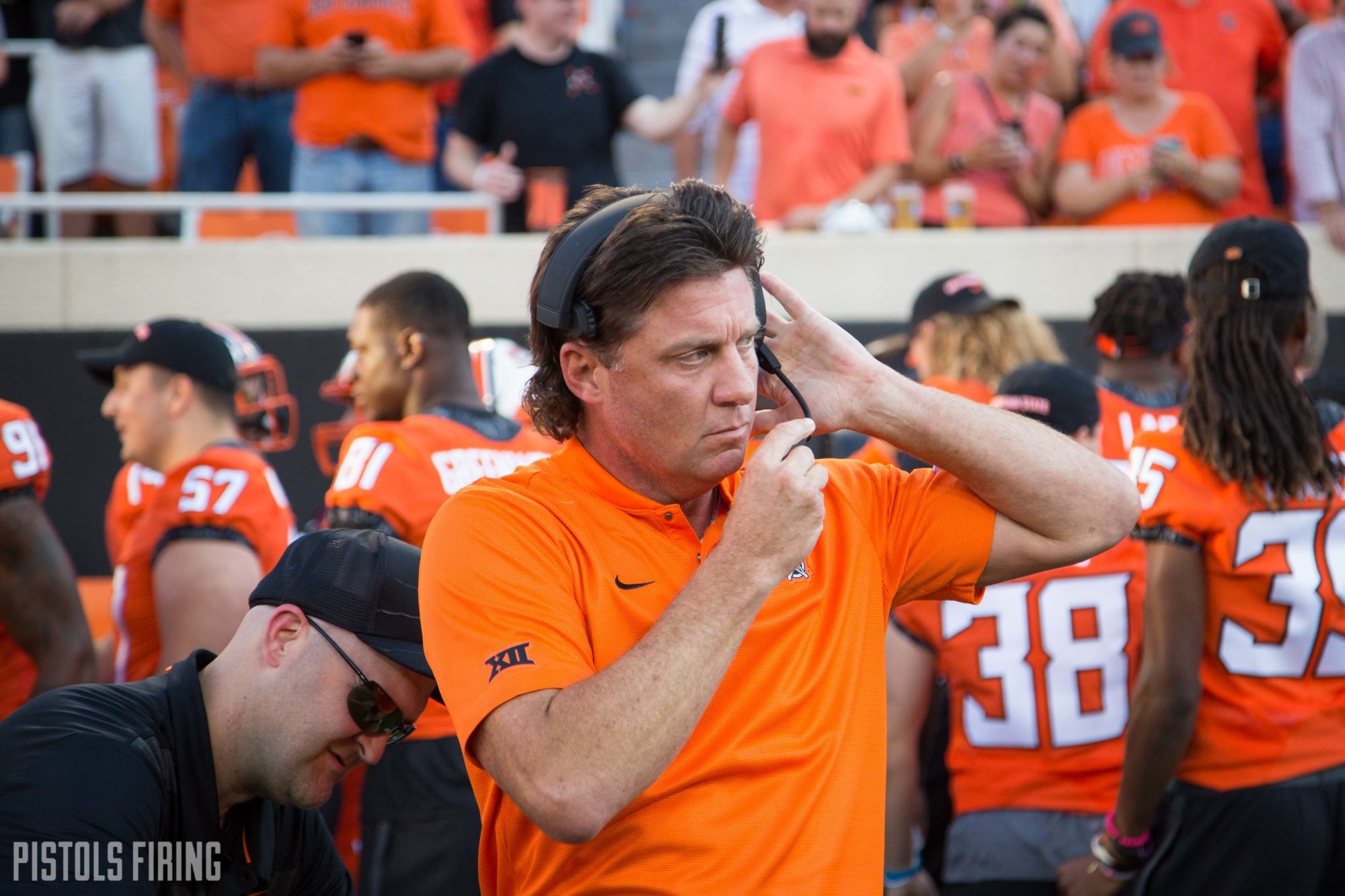 Oklahoma State is quickly rising in favor with three-star linebacker prospect Nick Martin as his recruitment nears an end, and after offering him a scholarship last week, the Cowboys may be the leader in the clubhouse.

According to Cody Nagel and Gabe Brooks of GoPokes.com, the Class of 2021 running back/linebacker, whom OSU is recruiting to play linebacker, is potentially eyeing a November commitment. Three crystal ball predictions this week have all come in shades of the brightest of orange.

OSU’s 2021 recruiting class is already plenty stacked with talent at linebacker between Collin Oliver — who is likely to play more as an edge rusher — and Donovan Stephens. But adding Martin would elevate things to the next level. At 6-foot and 200 pounds, he’s got running back speed and linebacker size, which should give him the chance to cover sideline to sideline with ease at the next level in OSU’s system.

“I like how they are like a family and they care for their players, and do everything they can do to make it feel like home,” he told GoPokes.com of OSU.

OSU’s 2021 recruiting class consists of 14 commitments but could balloon substantially over the next few months with the December signing period quickly approaching. Martin is a key target who could potentially round out the linebacker position for this class, while OSU is still trying to fill spots at running back, defensive line and safety.