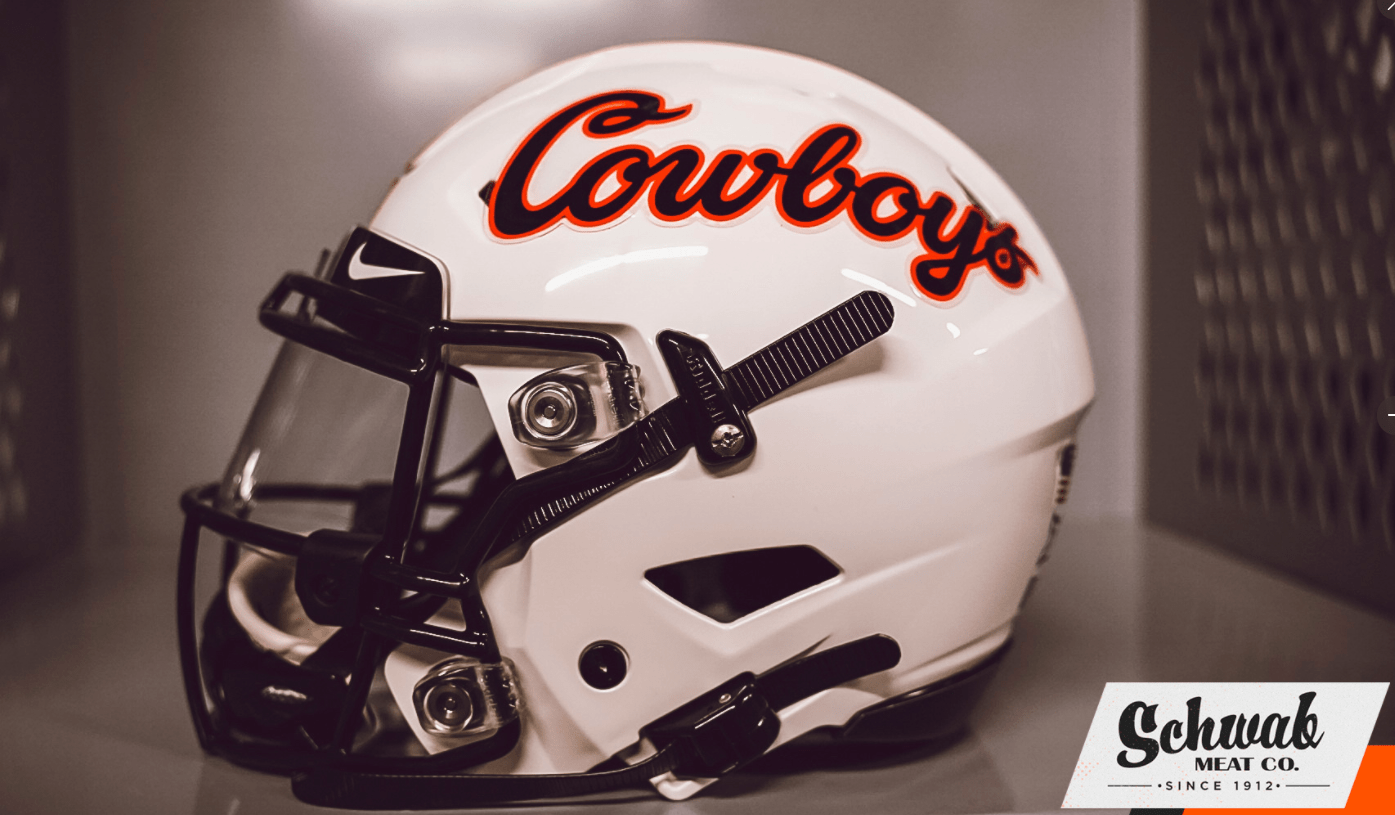 The Cowboys travel in style.

To go with its all-white look for Saturday’s game at Kansas State, Oklahoma State unveiled a new Cursive Cowboys helmet.

It’s the first time the Cowboys have gone with a white-white-white combination since their season opener at Oregon State last year. OSU is 4-2 all-time in all-white duds.

When OSU Hoops revived the Cursive Cowboys uniforms in 2017, it was probably the school’s biggest success in terms of merging the old with the new. They were originally used to memorialize the Remember the Ten anniversary but later became a common alternate for the men’s basketball team. Let’s hope these become a common lid in the helmet rotation.