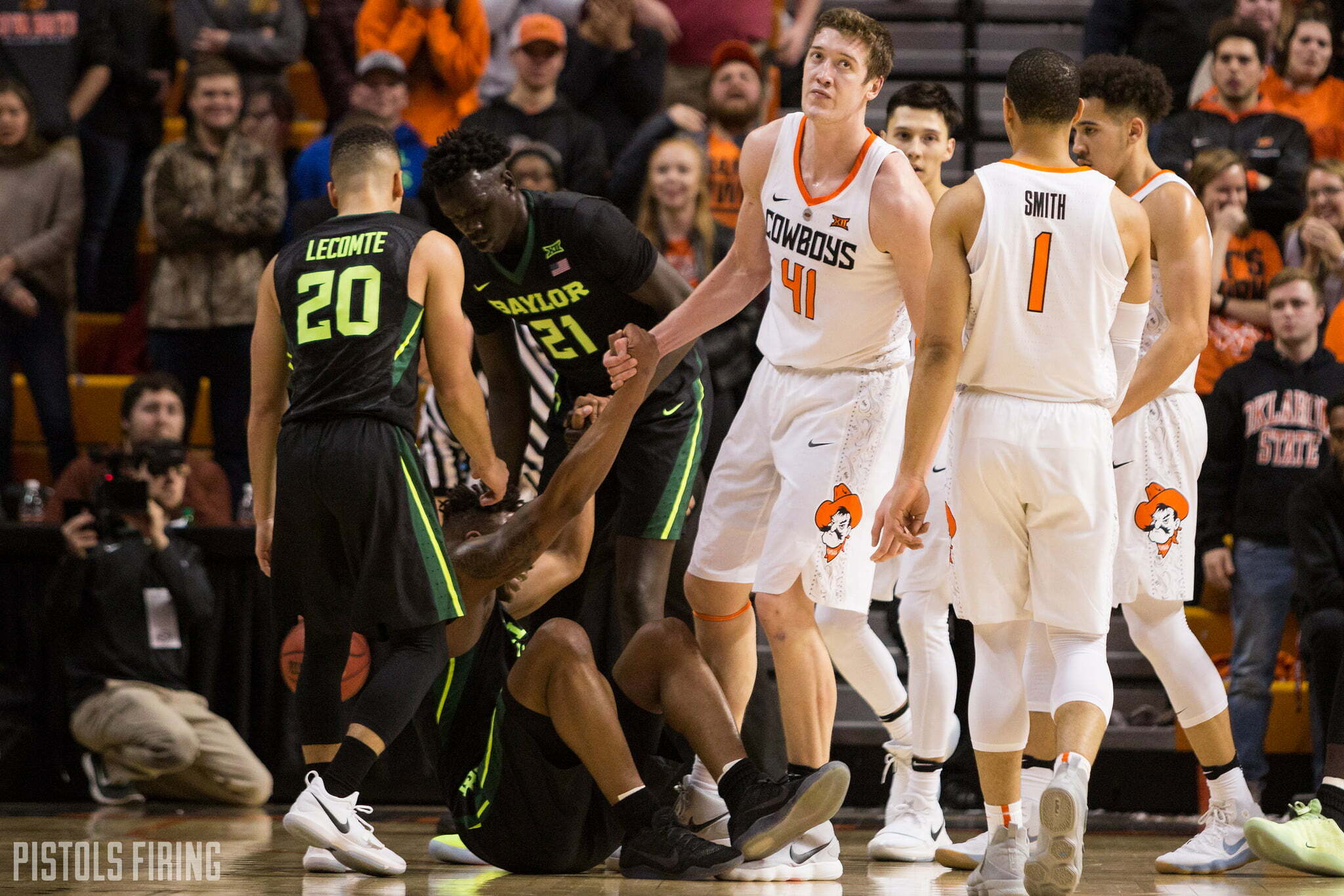 The Cowboys did not make the cut for March Madness when the field of 68 was announced during TBS’, uh, well-received reboot of the Selection Sunday reveal show kicked off.

There were plenty or reactions to the Pokes’ Sunday snub. Here are some of the more memorable ones.

The fact that a reeling Oklahoma team was apparently safely in, despite dropping two-straight to the Cowboys and finishing behind them in conference play, will be a remembered storyline for this polarizing year in tourney selection. Nothing like another log to throw on that Bedlam fire.

If Oklahoma gets in and Oklahoma State doesn't, the committee will basically be saying both teams' seasons could have ended Jan. 1 and still achieved the same result. Think about it.

To be fair, I was kind of with Mr. Dodd.

I was so prepared for Oklahoma making it over Okla St, I can't be shocked.

Shame on anyone who thought the committee was going to keep Trae Young out of the bracket. The NCAA hates a lot of things. Money is not one of them.

Besides RPI, conference tourney results killed #OKstate. Definitely should be in over #Sooners. Common sense.

Overrated University gets in because Trae Young is SportsCenter’s son

I figured it would happen…. and as a Sooner, I guess I'm happy. But baffled how OU got in and Oklahoma State didn't. Which one has a shot of going deep? It's not OU.

Sir Charles had his own questions about the Sooners’ gift-wrapped seeding.

Chuck going in on Bruce Rasmussen for putting OU in pic.twitter.com/DSKOzSW13z

Charles Barkley asking NCAA basketball chair Bruce Rasmussen whether Oklahoma was a No. 1 seed before finishing 2-8 is unintentionally a very good question.

Nobody in Kansas City thought the committee would leave out Trae Young. Pretty much nobody in KC thought the Sooners were deserving of an NCAA bid, either

Louisville out. USC out. Oklahoma State out. What do they have in common? Part of the federal investigation of college hoops.

Oklahoma State wasn’t even in the first four out? Yeeeeeesh.

Syracuse getting in over Oklahoma State is B-A-F-F-L-I-N-G.

ESPN, once again, with a mother ship-sized oversight.

Who was the biggest snub of #SelectionSunday?

Now to the people this omission actually affects.

Mitchell Solomon got a little choked up when asked about the future of Oklahoma State basketball under Mike Boynton. You can tell how much this team means to him. pic.twitter.com/IOVoByAHsq

Don't always have to agree with decisions (and I don't agree with this one), but my appreciation for the way this team plays and represents this University has never been greater. Looking forward to what is next for this group. #LetsWork

I think there is really only one person to blame.

This is Brad Underwood’s fault.