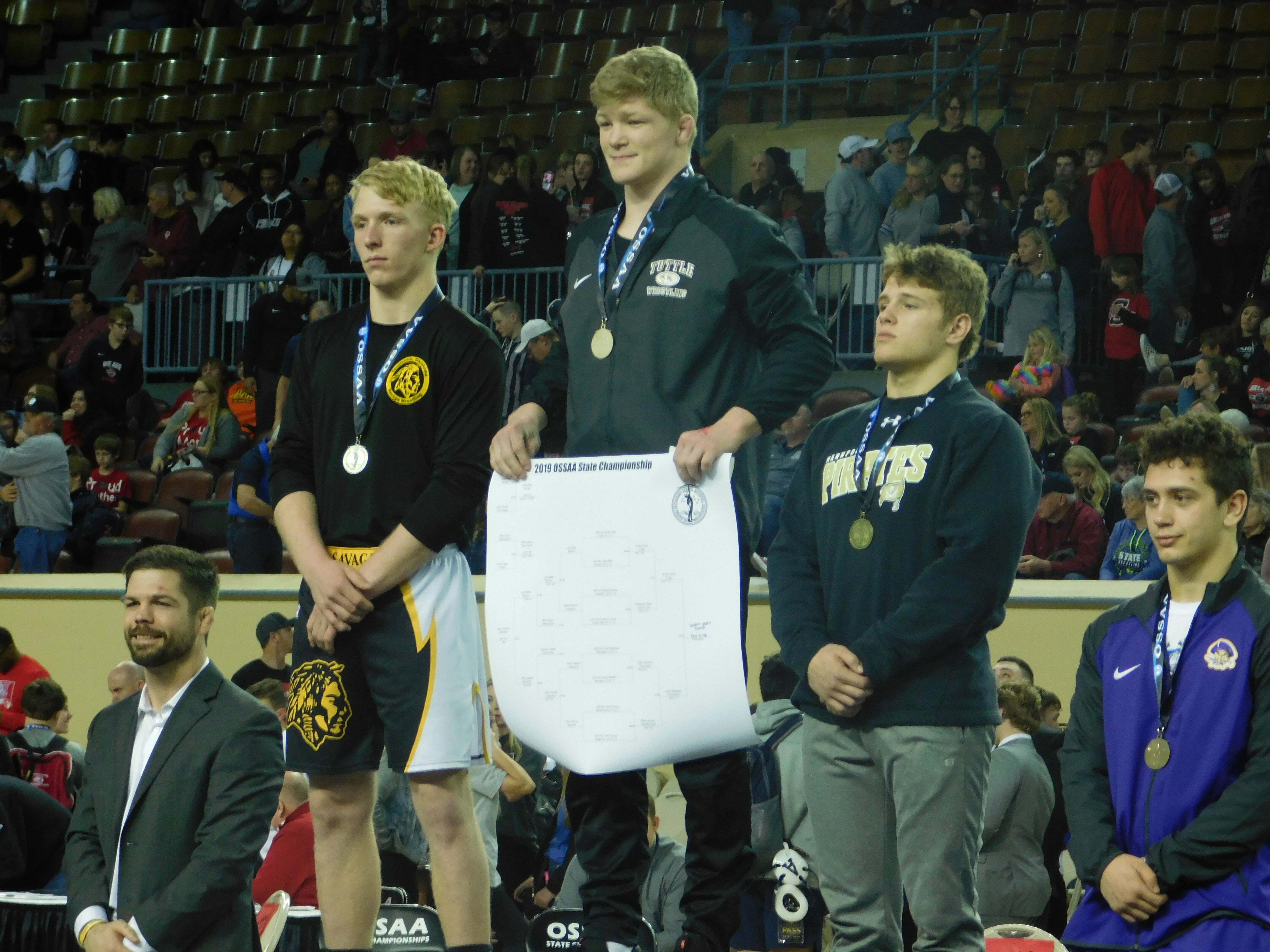 A not so great sequence of events prior to the finals put Reece Witcraft in the medical trailer. Witcraft was warming up and two 220-pound guys from another team were doing the same behind him. As they’re warming up one rolled up on Witcraft’s ankle that he had already injured in an earlier tournament. The medical staff put his ankle on ice then wrapped it. He rolled out of the trailer just before the start of the finals to defend his title.

Though visibly hobbled, the match was really never in doubt. Witcraft picked up a few take-downs and worked his way to a fairly comfortable decision 6-3 over Owasso’s Zeke Washington to win the 6A title at 132.

One of Reece’s future teammates, Colt Newton, was in the same bracket. The two met up in the semifinals and Newton fell 8-2. Colt bounced back nicely and finished third with a 6-2 decision over Bobby Robinson of Deer Creek. 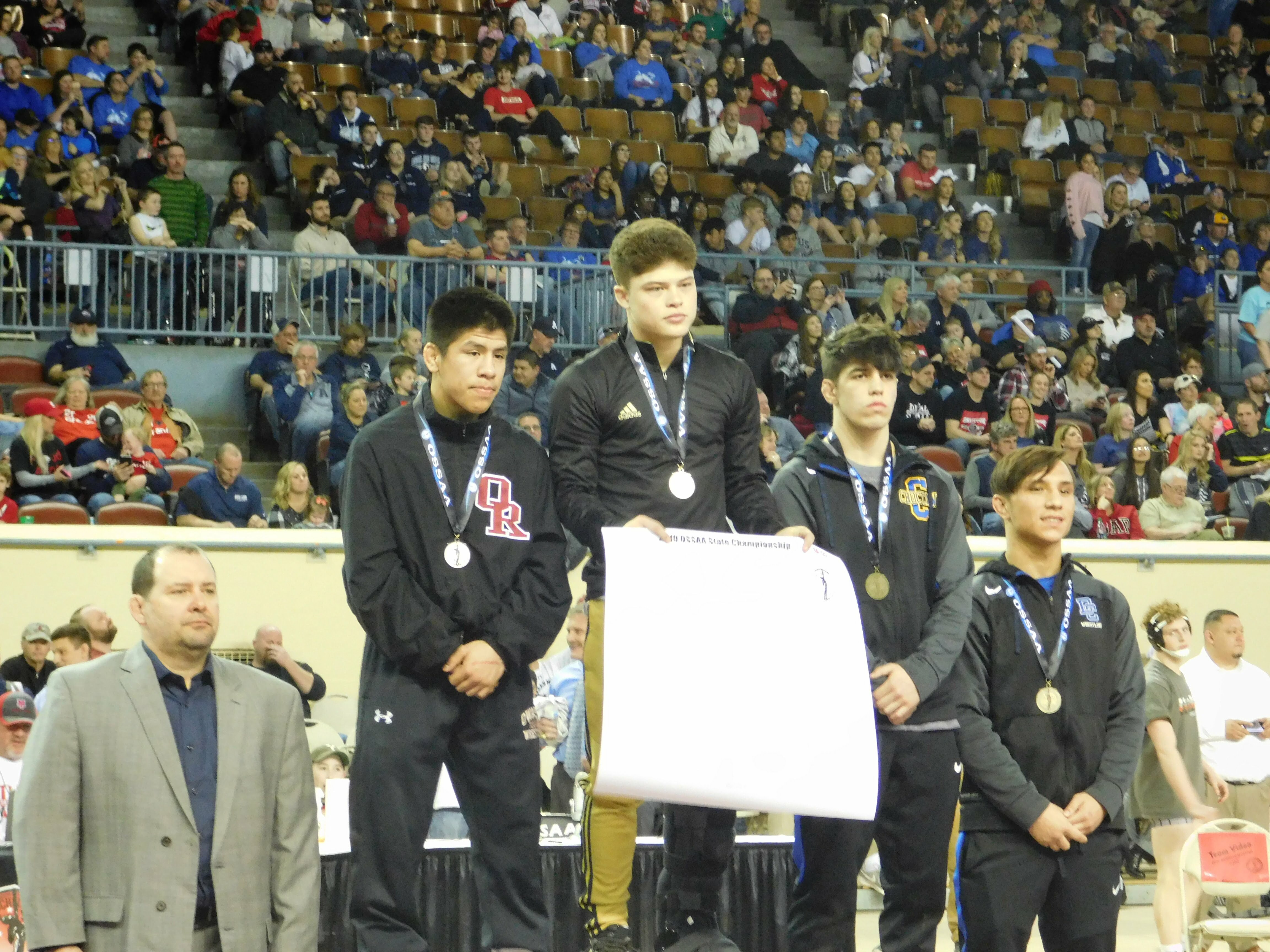 Dustin Plott, the second-ranked overall recruit in the 2020 class according to Flowrestling, took under seven minutes to wrestle his entire state tournament. In the first two rounds he picked up first period falls. In the finals, Tyler Bingham from Tecumseh was able to push it to the second period. It didn’t take much time into the second for Plott to put him away and win his second state title and first at 170 pounds.

#okstate commit Dustin Plott picks up a fall in the second period to win his second state title pic.twitter.com/jVdRPtbLFx

Konner Doucet is on pace to be a rare four-time state champion. The junior picked up his third on Saturday night in 3A at 220 pounds. The big man of the 2020 class for the Cowboys, and 24th-ranked wrestler in his class nationally, tech falled his way through the tournament. Doucet did not surrender a point on the weekend and finished it off with this win in the closing seconds of the second period over Nico Lopez of Berryhill.

Konner Doucet makes it 3-0 for #okstate commits in the @OSSAAOnline state finals as he picks up a tech fall in the second period. pic.twitter.com/EXxC36uWmk

I spoke with Doucet briefly after the tournament to get his thoughts on his performance, coming to Stillwater with two of his best friends, and the big dual Sunday vs. Iowa.