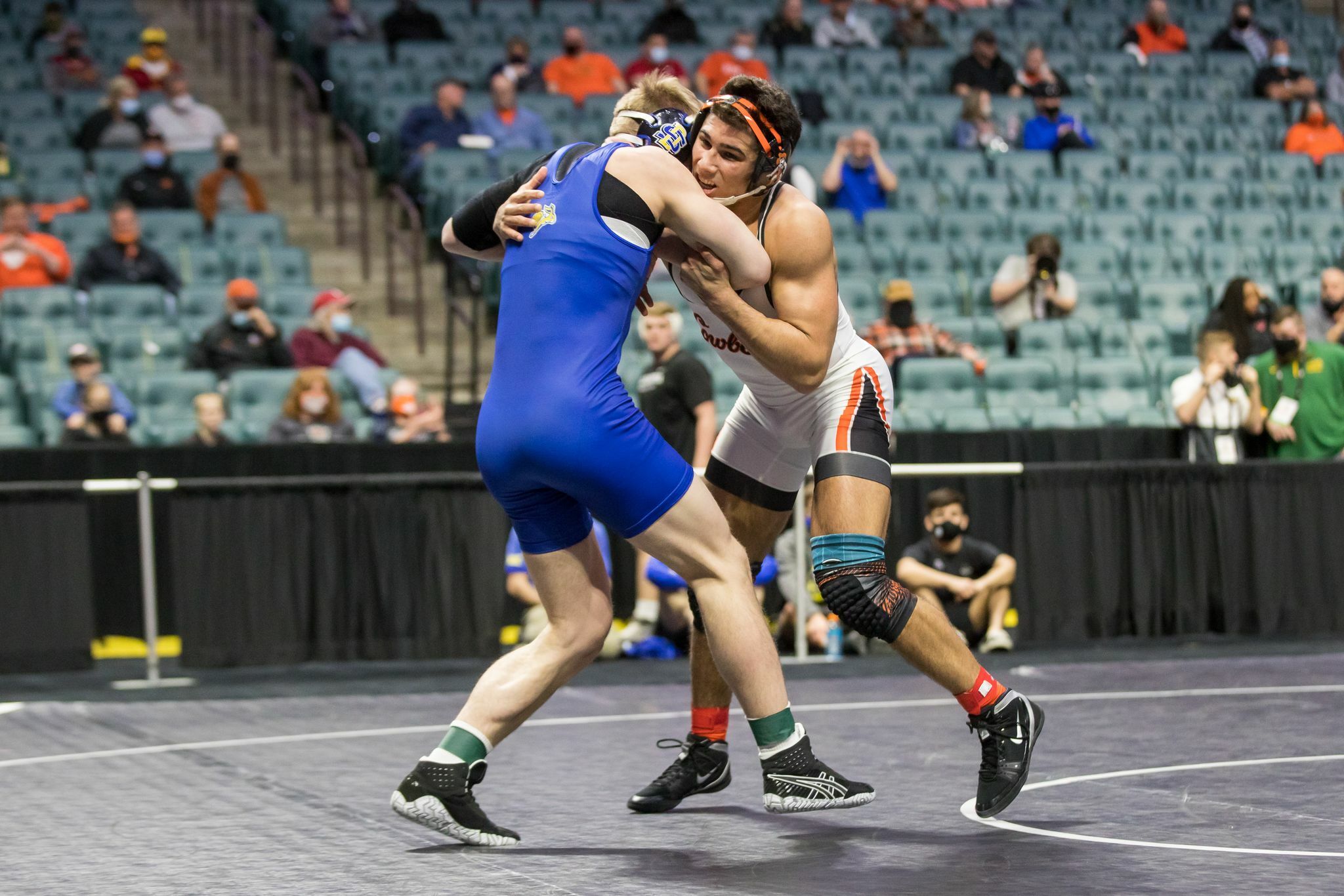 Oklahoma State came into the finals of the Big 12 tournament eight points behind the Oklahoma Sooners. The Cowboys had three finalists with Daton Fix, Boo Lewallen,and AJ Ferrari.

There were a number of scenarios discussed here that could have played out and resulted in various team champions, but the night ended with both state schools sharing the Big 12 trophy.

At 133, Daton Fix knocked off Anthony Madrigal to win the conference title. Daton won fairly comfortably, but he was unable to secure any bonus points.

The next match at 141 had the only OU wrestler not competing with another Oklahoma State opponent. Dom Demas beat Iowa State’s Ian Parker. This put OU back up by eight heading to 149: Boo Lewallen vs. OU’s Mitch Moore.

Boo won by decision over Moore and brought Oklahoma State back within four points of OU.

The loss by ISU at 141 and an eventual loss for Wyoming eliminated both of those teams from the title race.

Ferrari was the only OSU wrestler remaining. He had a chance to put his team on his back and win a conference title for them. A win would tie Oklahoma State with the Sooners and make the Bedlam rivals co-champs. A bonus point win would give OSU the standalone title.

Ferrari was matched up with Stephen Buchanan of Wyoming. Ferrari picked up an early takedown and rode out the first period to go up 2-0. In a few scenarios he nearly put Buchanan on his back, but Ferrari went into the second period up 2-0.

He got a quick escape and takedown and found himself up 5-0 in the second. After a reversal by Buchanan and escape by Ferrari, they went into the third with Ferrari up 6-2.

Ferrari rode for a bit then cut Buchanan to make the score 6-3. Ferrari got another takedown to make it 8-3 and again nearly put Buchanan on his back. The OSU coaches challenged the call to see if they could get back-points. That challenge was denied. Buchanan escaped to make it 8-4 Ferrari, with a lot of riding time for Ferrari. Buchanan and Ferrari then exchanged takedowns and ultimately the score ended at a 13-8 decision for Ferrari.

This made Oklahoma State co-champions alongside OU and gave Ferrari, who entered as the tournament’s four seed, the outstanding wrestler award.