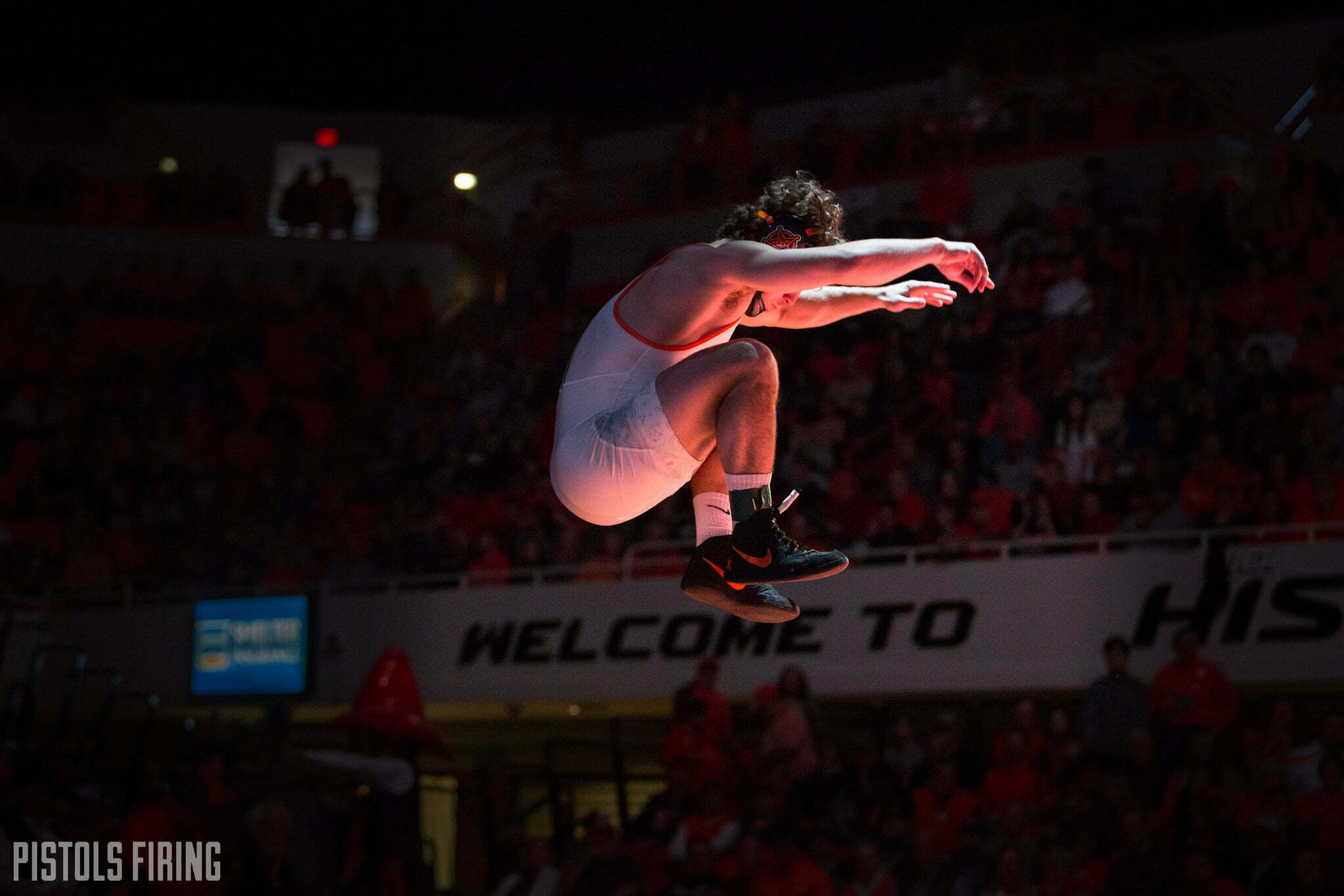 Heading into the finals of the NCAA Wrestling Tournament, Iowa has locked down the team title. They’ve outpaced current second place Penn State and third place Oklahoma State and mathematically neither team can catch them.

There is quite the battle brewing for second, though.

Oklahoma State has two wrestlers in the finals with Daton Fix (133) and AJ Ferrari (197).

Each finals win gives four placement points to the winner plus any bonus points the wrestler receives. Falls or other dominant wins do occur in NCAA Wrestling Finals, but they’re fairly uncommon.

The night starts off at 133 with Fix and Bravo-Young. This obviously has huge implications as it features both teams in the race for second. A win for Fix would put OSU up by 2. A win for Bravo-Young would put PSU up by 6.

If Bravo-Young beats Fix, it doesn’t quite lock down the second place finish for PSU, but it would require PSU lose every other match and Ferrari get a fall at 197, just for OSU to tie. Ultimately, it would be very unlikely for OSU to come back and tie in this scenario.

If Fix wins, as is projected based on seeds, PSU would need to win at least one more match to overtake OSU’s lead. At 141, PSU’s Nick Lee will be wrestling Iowa’s Jaydin Eierman. Eierman beat Lee for the Big Ten title in a very close bout just a few weeks ago. At 174, Carter Starocci will be wrestling Iowa’s Michael Kemerer. Kemerer and Starocci also wrestled recently at the Big Ten tournament with Kemerer winning 7-2.

At 184, Penn State has Aaron Brooks wrestling NC State’s Hayden Hidlay. The two haven’t wrestled this season, but Brooks is the undefeated No. 1 seed and is the projected winner..

Upsets for Lee or Starocci would put PSU in the driver’s seat. And that followed by a win for Brooks would all but secure the second place trophy for the Nittany Lions as the only scenario that would get it back in OSU’s favor is for Ferrari to get a fall.

If Fix and Brooks win, both favored to do so, and the finishes from the Big 10 finals repeat themselves, then the second place trophy will come down to AJ Ferrari’s final as Fix would put OSU up by 2, PSU would not win another until 184, which would put them back up by 2. Then a win for Ferrari in his match would give the Cowboys the second place team trophy.

There are a few other scenario’s that could play out with bonus points, but are somewhat unexpected. Ultimately, if OSU can win two and PSU does not. The Cowboys will finish in second place.