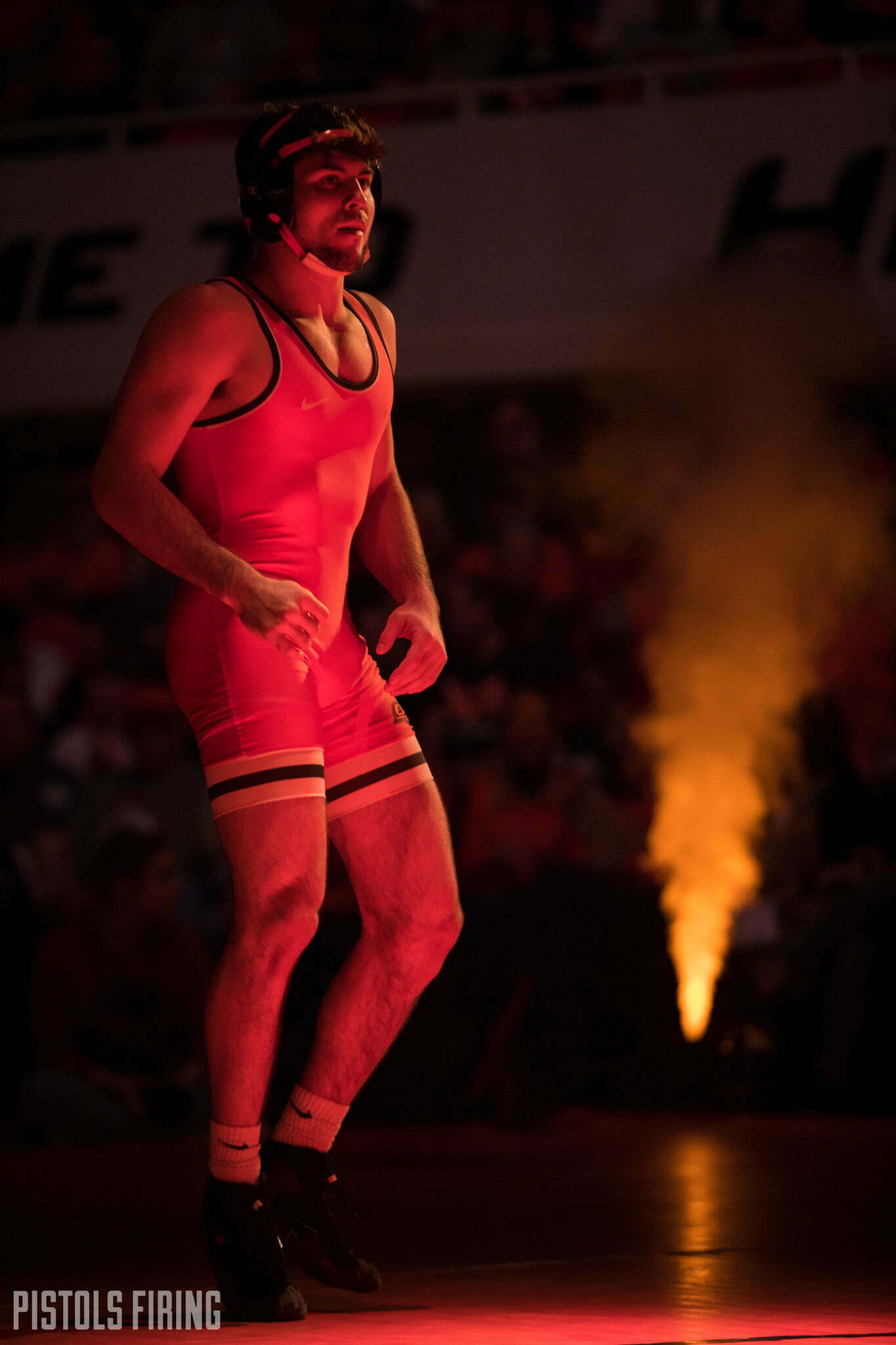 The Cowboys kicked off a weekend road trip through Iowa at the UNI-Dome in Cedar Falls, Iowa.

UNI got the ball rolling in their direction early at Brody Teske gave Trevor Mastrogiovanni his first loss of the season. The match was even on their feet in the first but the second was all Teske as he rode Mastro for the period and got one four-point turn that ended up deciding the match.

The Cowboys changed things up at 133 by moving up Reece Witcraft to replace Andrew Nieman. Witcraft gave up a full second period ride and fell 0-2 to Kyle Biscoglia.

Dusty Hone, who replaced Kaid Brock this week, got the Cowboys in the win column and turned the momentum back to the Oklahoma State side as Boo Lewallen followed that up with a 14-8 decision then Wyatt Sheets picked up the first bonus point win of the day with a 15-4 major decision over Cayd Lara. This was Sheets’ first start in the last few weeks after some injury issue. He wore a large brace on his knee.

After intermission, OSU picked back up at 165 where Travis Wittlake picked up OSU’s second major.

Then came some fireworks. Dustin Plott had a back and forth battle with Lance Runyon that was still tight in the final minutes before Plott picked up a takedown with short time left to win 8-5.

Dakota Geer had a battle with Parker Keckeisen. Keckeisen got the first takedown and Geer got two escapes throughout the bout. Regulation ended at 2-2 and Keckeisen won a quick takedown in overtime.

At 197 AJ Ferrari took on former Cowboy Keegan Moore, who transferred to UNI after his RS freshmen season at OSU. Moore held Ferrari off for a bit, but after time Ferrari wore him down and picked up a few takedowns to win 10-4. Things got a little chippy at the end of the bout.

UNI closed out the dual with a win at heavyweight as 11th ranked Carter Isley gave Austin Harris his first loss of the season.

The Cowboys now move onto Ames where they’ll wrestle Iowa State Saturday evening for the second half of a double-header.