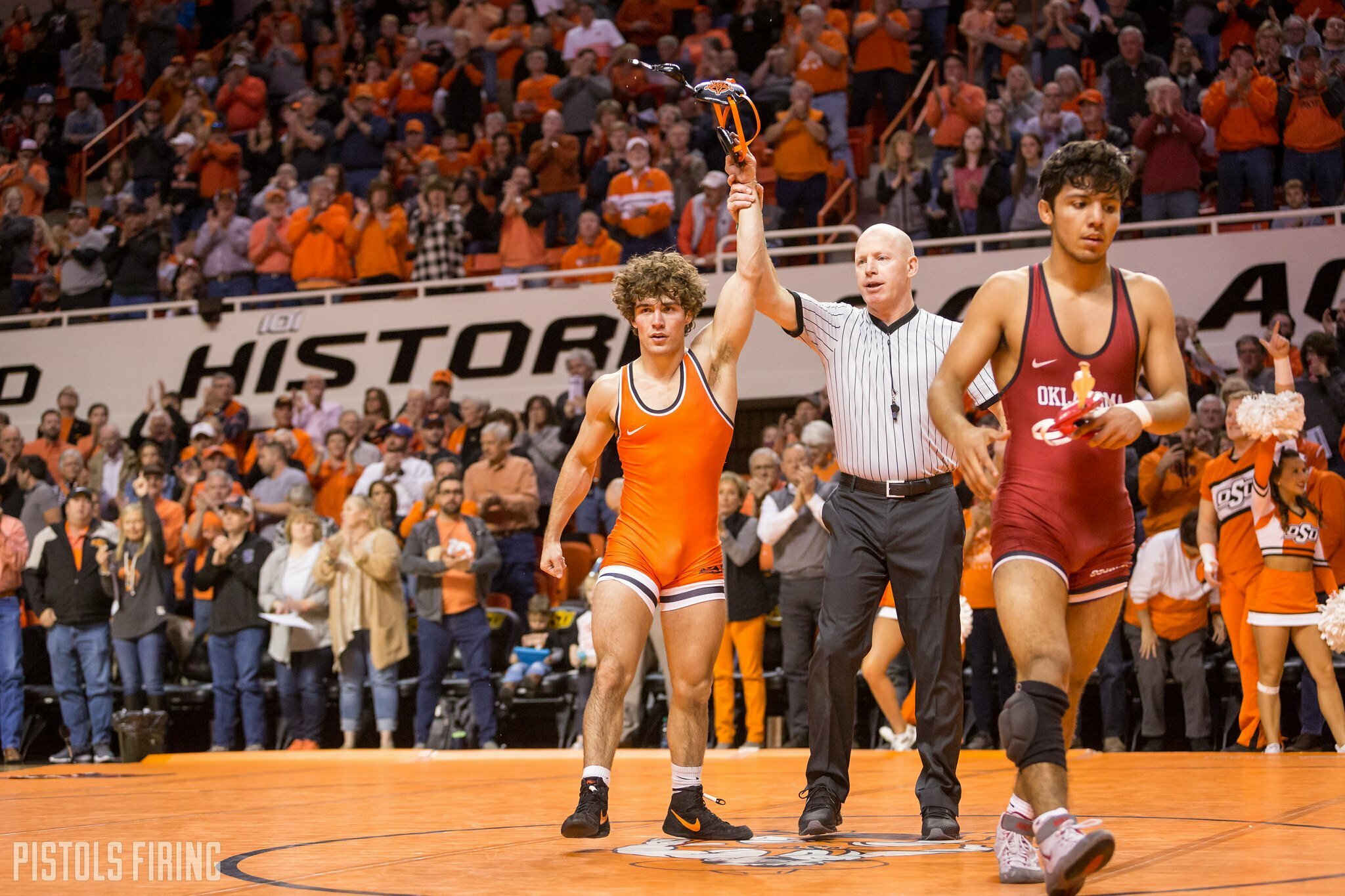 STILLWATER — The plan as of now is for the Cowboys to be without Daton Fix this season.

On Thursday, Oklahoma State wrestling coach John Smith announced that Fix will take an Olympic redshirt. Smith said that could change as time goes on, but after visiting with Fix in August, it’s unlikely Fix will wrestle at OSU this season.

“You look at where he’s at at this time, you never know if it’s the right decision,” Smith said. “And that decision can be changed sometime in the season. I doubt it will be, but I think in August when we made that decision, it was probably the right one at that time. Things could change, but being an Olympian when you have that opportunity, you want to take advantage of it. And you want to put yourself in the best scenario to make the team. Forget about a medal. You can’t win a medal unless you make the team. In August, I think that’s what we were thinking as we made that decision.”

Fix, a redshirt sophomore, was the national runner-up last season after finishing the year 34-2. Fix made his senior-level debut this summer at the World Championships.

“It’s an important part of our program,” Smith said. “All you gotta do is look around and see that that’s what a lot of recruits coming out and high-level recruits have a focus on is they want to continue on and wrestle in the world and Olympic championships.

“… We darn sure want to give him that opportunity and put him in the best scenario. That scenario could change, but it’s only a change if we think something’s better for him to make that Olympic team.”

As far as guys who will compete for Fix’s vacant 133 spot on OSU’s team, Smith said there was a hope that it would be Kaid Brock. However, Brock tore his ACL two weeks after Fix and Smith met to talk about the Olympic redshirt, Smith said.

Other guys Smith mentioned who could compete at 133 were freshman Reece Witcraft and redshirt freshman Conner Wilson.

“I think Brock will be back,” Smith said. “I just don’t think we’ll see him first semester. … It’s kind of a scenario where, who do you put in if Brock does come back and if Brock’s healthy and is able to finish? Of course if Daton comes back, which is not likely, you’d hate to be pulling a freshman out. It’s kind of a tough decision at what we’re gonna do at that particular weight class.”