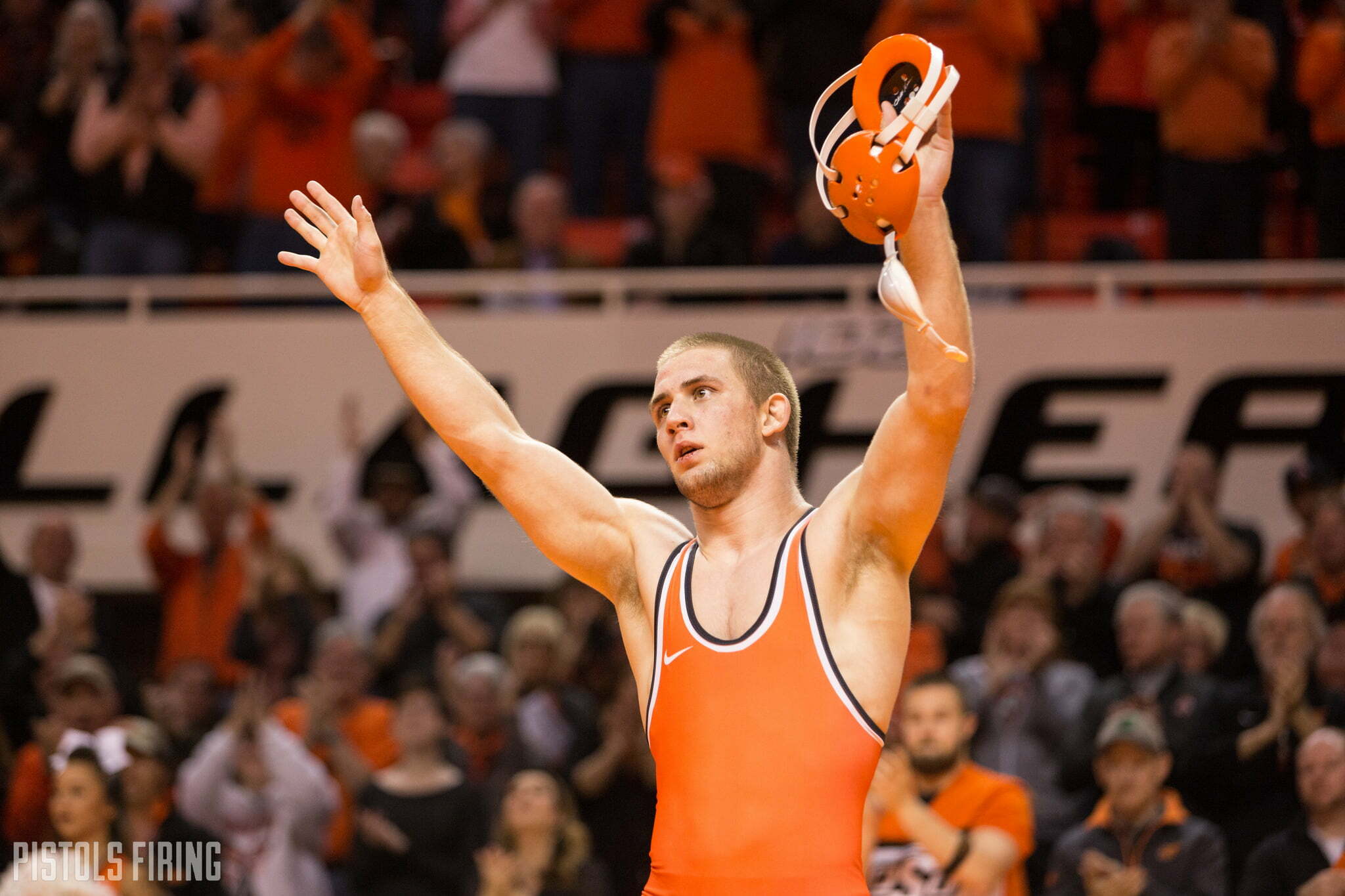 The 65 KG group was without a doubt the toughest weight at this tournament. It featured Heil, NCAA runnerup Joey McKenna, two-time NCAA finalist Bryce Meredith, and two-time All-American Evan Henderson.

Heil came in as the No. 1 seed and started out with a 10-0 tech over Ryan McGuire. In the semifinals he took on Bryce Meredith in a rematch of the 2016 NCAA final. Heil drilled Meredith picking up this takedown, followed by a few quick turns to tech Meredith in just over a minute.

This set up a final between Dean Heil and this years NCAA runner up at 141 pounds Joey McKenna. Heil had beat McKenna at the US Open just a week prior.

Heil was put on the shot clock in the first. When put on the shot clock in wrestling, a wrestler has 30 seconds to score or they give up a point. Heil didn’t score, but this forced him into some offense late in the period which resulted in a take-down for Heil and a shot clock point for Mckenna. This put Heil up 2-1 at the break. Heil picked up a quick takedown in the second to go up 4-1. The two exchanged push-out points late in the match and Heil held on for a 5-2 win.

This qualifies Heil for the World Team Trials tournament later this month in Raleigh, North Carolina. He’ll join a posse of Cowboys there as they all vie to make the World team.