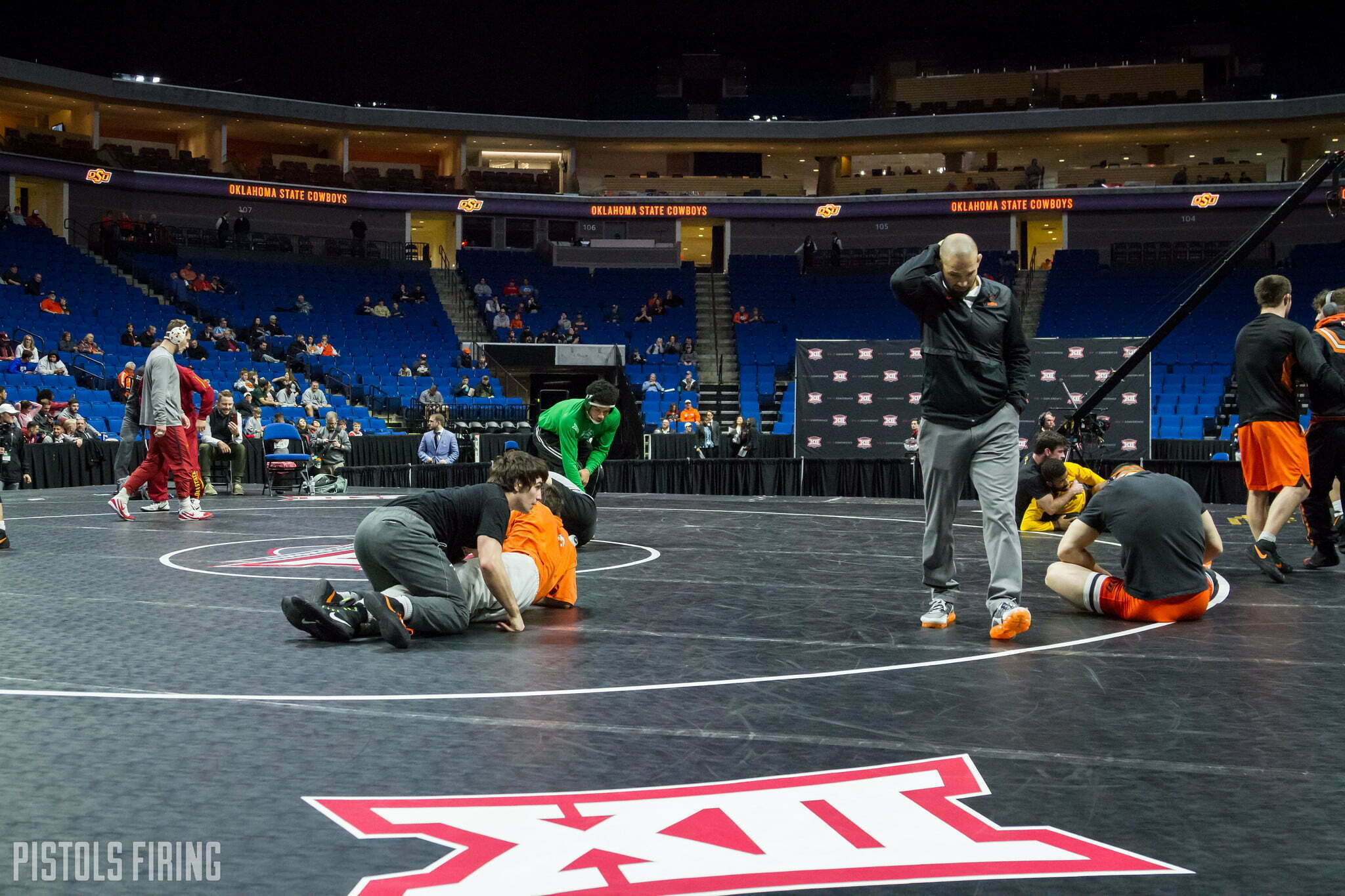 The Cowboys head to Tulsa this weekend to go for their eighth straight Big 12 conference title. Here are five things to watch.

1. Can the Cowboys win the title?

OSU has a shot at history this weekend. The last time Oklahoma State won eight straight conference titles was in 1928. They have a chance to do it again here but it won’t be easy. I did a broader breakdown on the tournament in a two-part story for Flo. It’s going to be a tight race that may not be decided until the finals on Sunday. Iowa State and Northern Iowa both have the horses to beat OSU. The Cowboys will still be favored, but this has the potential to be a really good team race that could come down to just a few points.

2. Will OSU qualify nine for the NCAAs?

The obvious goal here for OSU is to get 10 guys to the NCAA tournament. They aren’t favored to do that, with heavyweight currently being on the outside looking in. If they wrestle to their seeds they’ll qualify everyone else though which would certainly give them a punchers chance at an NCAA tournament trophy (top 4 all receive a trophy) in a few weeks.

Coach Smith talked a little about this during his media availability this week, but there were only two weights where OSU did not get an allocation for the Big 12 conference: 174 and 285. This means Joe Smith will need to finish in the top five to qualify for the NCAA tournament. That’s what he’s seeded, but this is one of the tougher weights in the conference, so he’ll need to perform well to get the bid.

4. Can Piccininni make it four?

The team has a shot to make history with their eighth straight title and Piccininni has a shot to add to his legacy a bit as well. The Cowboys have only had five four-time Big 12 champs with Johny Thompson, Jordan Oliver, Chris Perry, Alex Dieringer, and Anthony Collica. Pic will have a chance to become the sixth one to do it. With the new-look Big 12 and the additional teams, I would expect this feat to become even more rare. Let’s see if he can pull it off.

The Cowboys look to add another record to the books this weekend in Tulsa. With an eighth consecutive Big 12 title, the Pokes can tie a run of conference championships won from 1921-1928!#okstate | #GoPokes pic.twitter.com/nAsTyyEAmS

Piccininni, Boo Lewallen, and Travis Wittlake are all seeded and pretty solid favorites to win the tournament. Anthony Montalvo comes in as a two-seed, and there are a few spots where you hope maybe some guys will make a run and have a shot at the finals. Really I see those three No. 1 seeds as the most realistic opportunities for the Cowboys to make the top of the podium. Will all three hold their seed and come home with a crown? Are there any young guys in this group that might really turn it on for the postseason and make a run? We’ll find out soon enough.

The preliminary rounds start on Saturday at the BOK Center in Tulsa at 11 a.m. They will be on ESPN+ and the finals will be broadcast on Fox Sports.