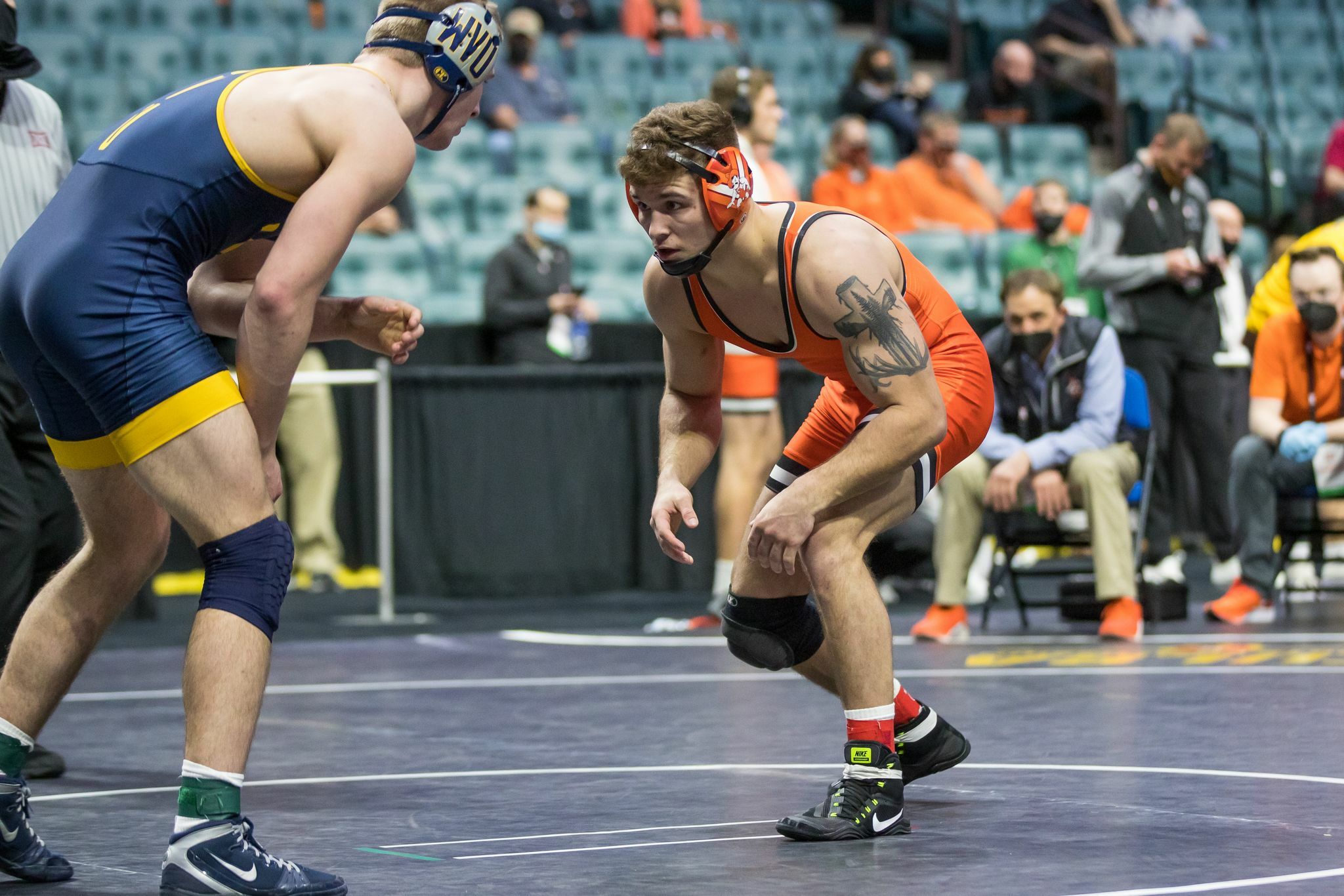 The NCAA released its wrestling brackets on Wednesday.

You can look at them here. Here are my five thoughts on them.

1. Wittlake’s seed was wrong, but he got an OK draw.

Travis Wittlake dropped all the way to the 10 seed after taking only one loss on the season at the Big 12 tournament. He has only lost three times as a starter in his career, as he lost twice in his redshirt freshman campaign.

It’s ridiculous that he’s a 10 seed. But, he ultimately wound up on the easier side of the bracket and could reasonably create a path for himself to becoming an All-American if he wrestles well.

The Big 12 has looked like a powerhouse at 197 for most of the season. A.J. Ferrari, Stephen Buchannan, Noah Adams, Tanner Sloan and Jake Woodley all have looked like All-American candidates throughout this season. They’re all jammed up in the top half of the bracket?!

I get that they have to seed it however they feel is best, but I really wanted to see these guys spread out and what they could do vs. other conferences across the bracket. Unfortunately they’re going to end up beating each other up in the early rounds of their bracket.

3. Pretty much everyone got in.

With Kaden Gfeller not securing an automatic bid at the Big 12 tournament at 141, it was tough to see any way he could get an at-large, as he didn’t compete most of the season there. But, the entire rest of OSU’s starting lineup was able to get in, as Wyatt Sheets and Austin Harris both received at-large bids, and the rest of the team got automatic bids from their finishes at the Big 12 tournament.

From an OSU fan standpoint, you can’t be too disappointed with that.

Dustin Plott and Wyatt Sheets both clearly look beat up. I hope maybe a few weeks off from the Big 12 tournament can allow them to recover, but I don’t know how realistic it is to expect big runs from them when they’re clearly hurt.

All four of these guys will make their first NCAA tournament appearances and all will get tough draws early. That’s not an easy thing. Obviously, we all hope for the best and that one of them can go on a run, but none of these guys have it easy.

5. For OSU to win a team trophy it will largely be carried by the other half of the lineup.

Daton Fix, Boo Lewallen, AJ Ferrari, Travis Wittlake and Dakota Geer are the guys that can most conceivably make All-American runs and put OSU in contention for a team trophy. Any points that come from the other group is certainly a positive, and a run by one of them would be a complete game changer in the team race. However if OSU is going to walk away with a top-4 finish, the Cowboys’ top guys will need to finish as All-Americans, preferably on the high side, and that will give OSU that opportunity.