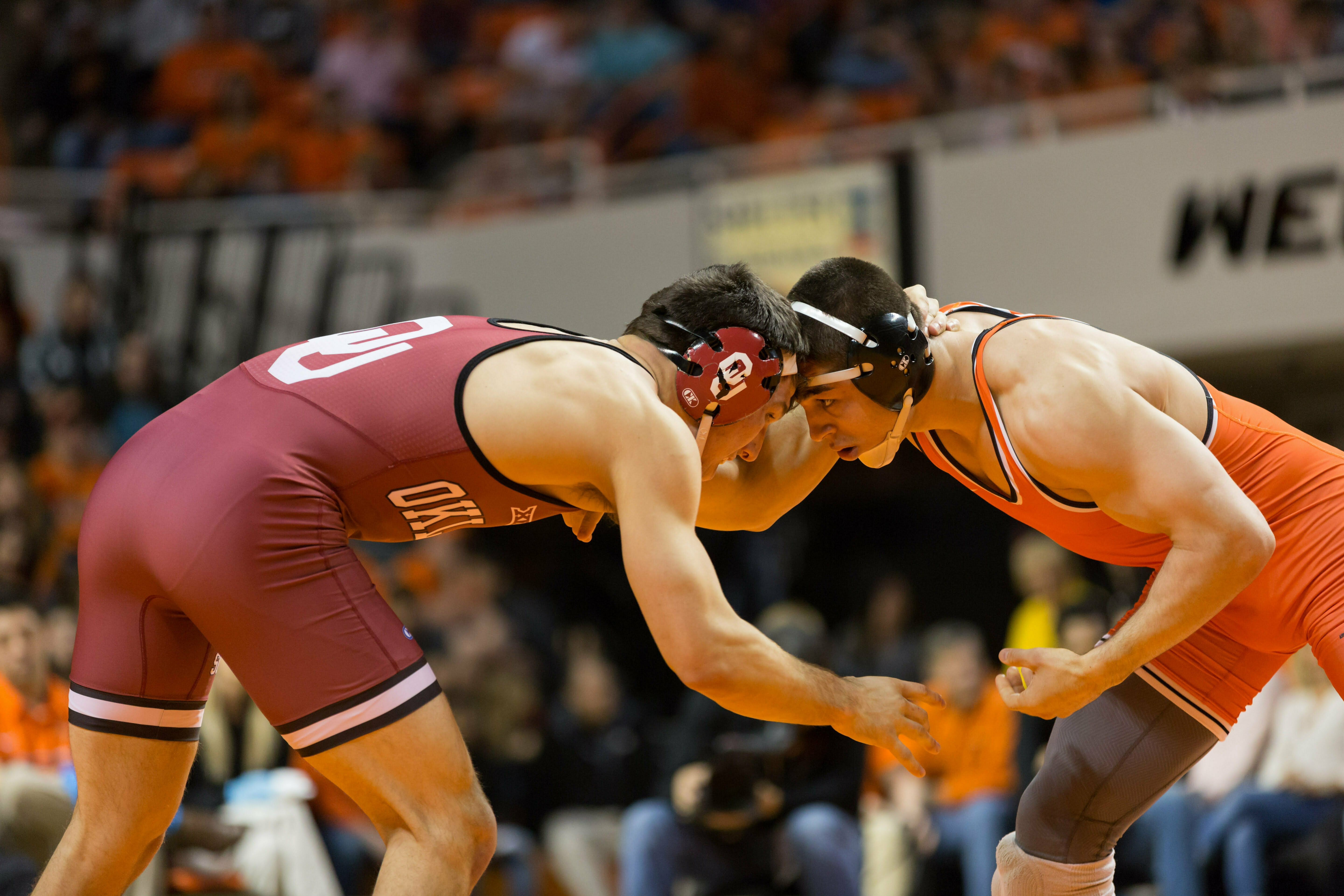 Preston Weigel returned to the mat on Monday after being sidelined due to injury, and he showed no major signs of rust.

Let’s recap the Northern Colorado dual with five thoughts on that and Weigel’s return.

1. Preston Weigel looked good in his return to the mat from injury.

He didn’t show off a ton of flashy offense he picked up over the summer or anything, though he did have one nice shot and TD, but he was the same incredible wrestler on top he’s always been and once he got there the match was pretty much over. That was a good test for his first match back. He faced probably the best wrestler on UNC’s team and he really didn’t look like he was anywhere near the same league as Weigel. That’s a very good sign considering it was his first match of the year.

2. Nick Piccinnini may be the most “well rounded” wrestler on the team.

Heil, a 2 time champ, has to get the nod as the “best” wrestler. Brock is probably the best on his feet and Weigel is definitely the best on the mat. Across the board though I really think Pich. I think he is the most well rounded guy on the team. Good offense/defense on his feet and as we saw last night he’s really tough on top. His turns with that tilt are impressive and it ran up a really quick tech fall for him.

He’s really good on his feet, and I mean really good! He doesn’t do much feet to back stuff though, doesn’t run many of his finishes into turns, and he doesn’t just hammer guys down on top. With that it just becomes a clinic of him taking guys down and them getting escapes. That’s great to some extent. I mean he is scoring points. It doesn’t separate much though as he’s basically just getting one point per TD. That can get him in trouble in a match like last nights. He gives up a late takedown to tie the match and had to rely on riding time for the win. If Montoya would have had one more escape that one goes to OT.

4. Derek White is big and still pretty mobile and athletic.

For anyone that doesn’t know he wrestled 197 last year and over the summer put on some size to step in at HWT. He’s been weighing in at around 240-245. He dwarfed the guy he was wrestling last night. Initially I worried the size he put on would slow him down a bit and maybe hurt his conditioning.  From what I’ve seen so far I don’t believe that is the case though.

The picture on the top is White this year. The one on bottom is him last year. 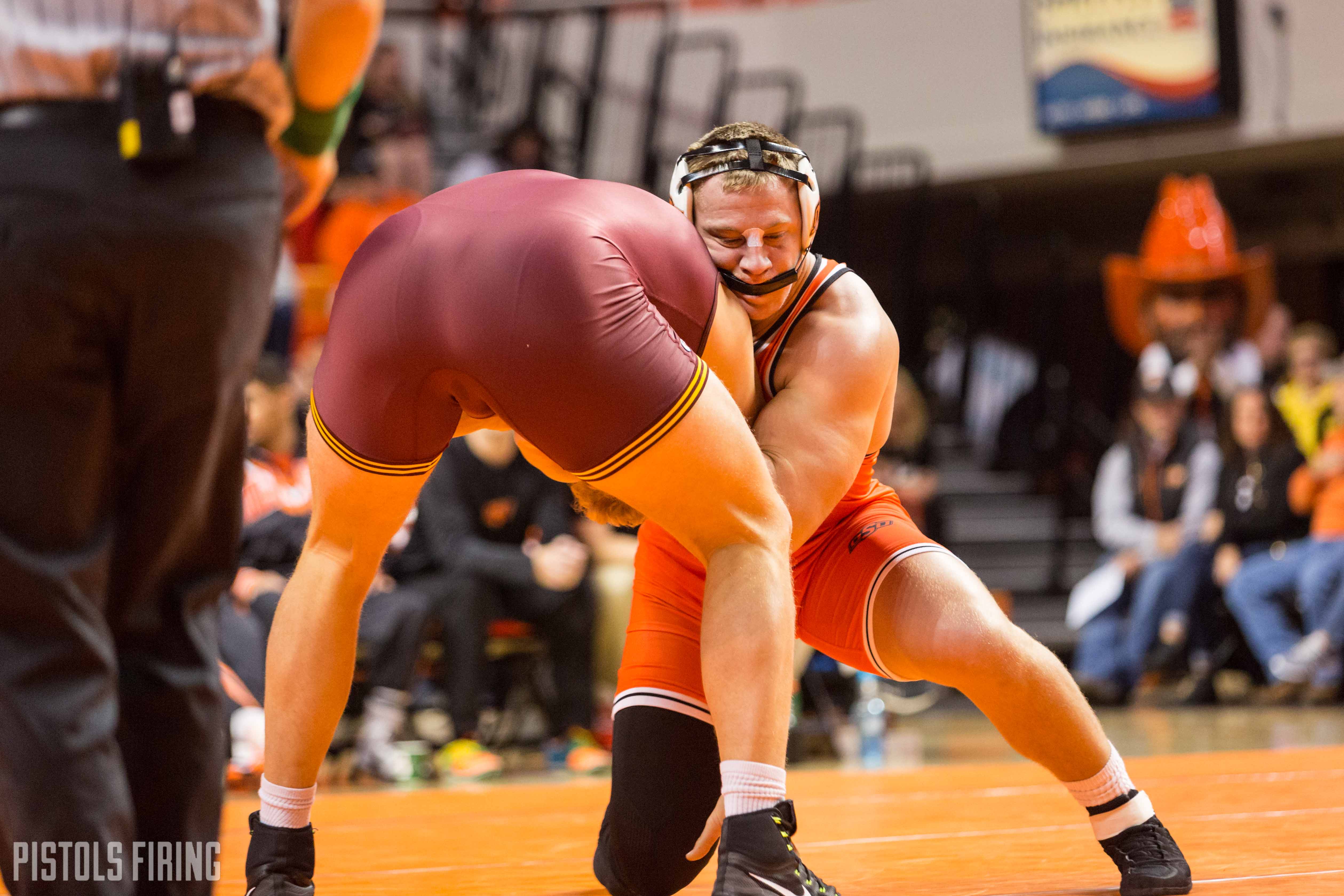 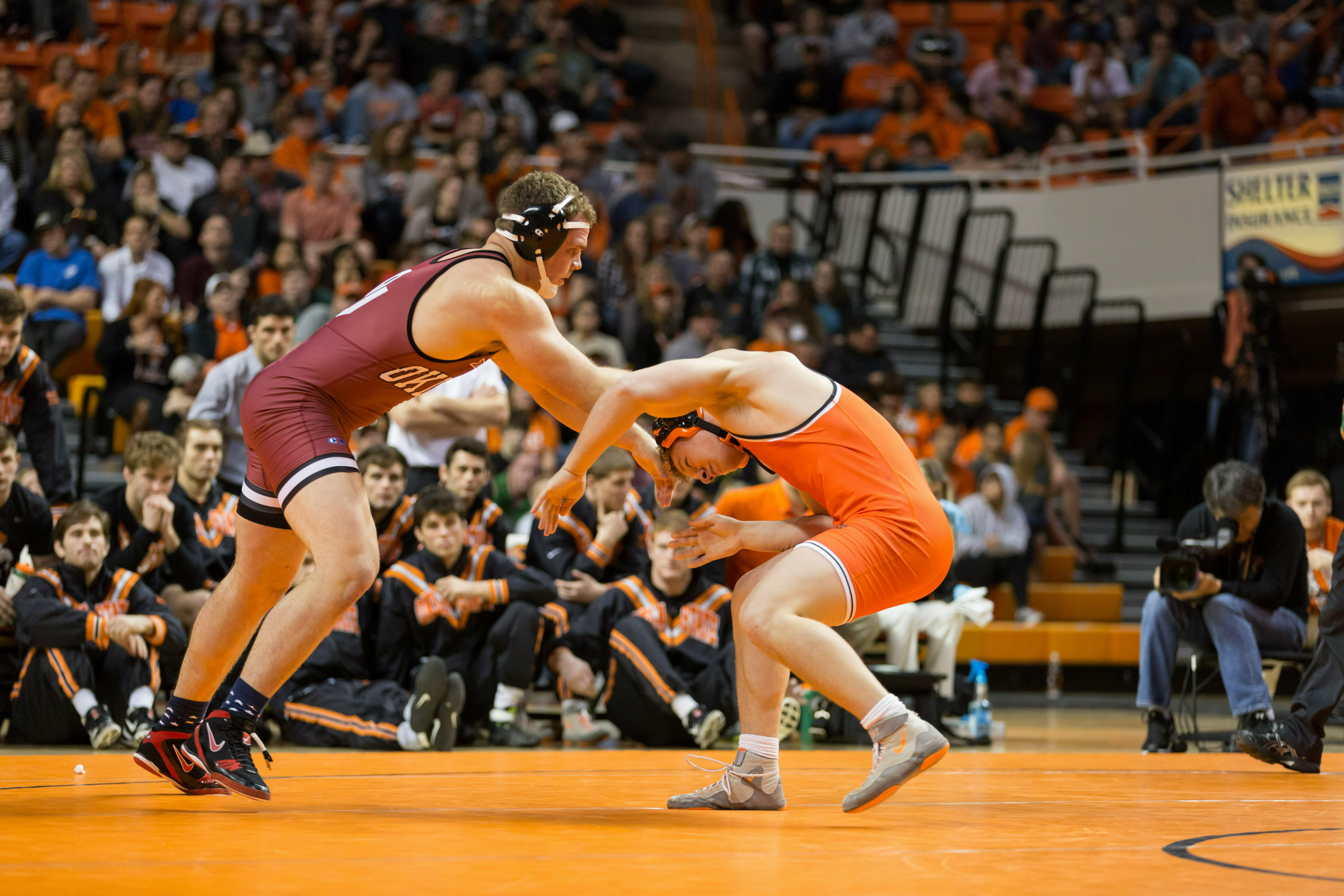 5. I think Marsden will be taking over at 184 once he’s down to weight.

Moore looked good in some matches early and seems to have fallen off a bit. These guys wrestle a lot and it’s hard to get up for every match, so initially I thought maybe that’s what was happening with Moore, but last night he looked really flat. His knee did buckle a bit and one point and he kinda limped his way to the end of the match, so it may have been the injury. Even if you disregard the injury he just didn’t look up for that match though and if you’re fighting for a starting spot you have to get up for pretty much everything. 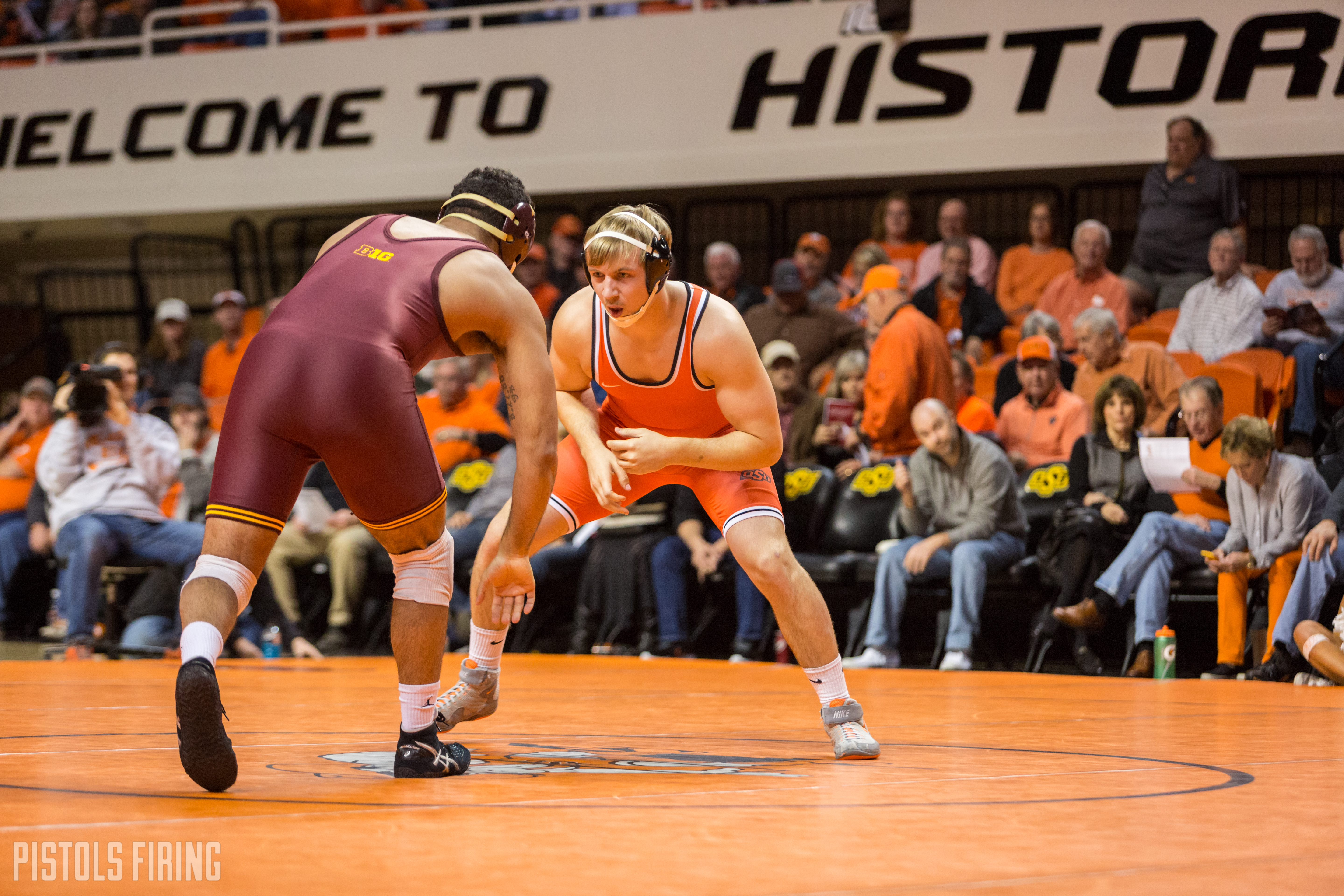 Final additional note. This snake from his feet by Rogers was dirty. Torres is a good wrestler. Nice win for Rogers.