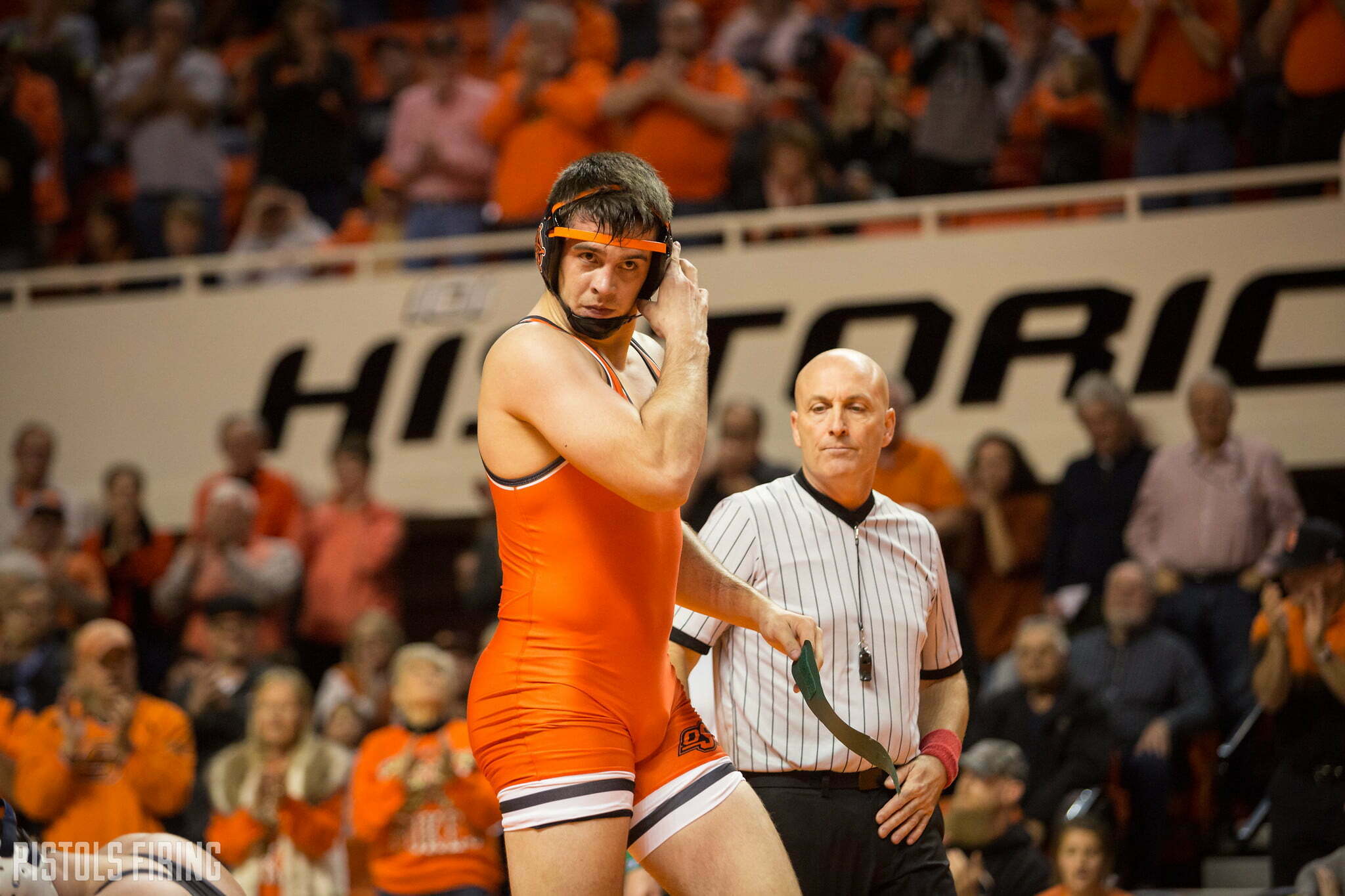 The Cowboys had their first duals in Gallagher-Iba on Sunday and knocked off Chattanooga 32-9 then Oregon State 29-8. Here are my five thoughts on the performance.

1. Freshmen off to a good start

If you’ve been following my writing on here for a while you’ve seen how much I’ve raved about the 2020 recruiting class the Cowboys brought in. Possibly John Smith’s best ever. And they’re performing well so far.

OSU started three of them. At 125 with Trevor Mastrogiovanni, 174 with Dustin Plott, and 197 with AJ Ferrari. The group went 6-0 and Plott and Ferrari scored bonus points in each of their matches. It wasn’t the most elite competition they’ll see all season, but definitely a good showing from all three.

2. They’ll want to get some guys back

OSU lost four individual matches in two duals. The losses all came at 133 and 157. At both of those weights, OSU has someone out. At 133 Daton Fix will be out until mid-February due to a suspension and at 157 Wyatt Sheets was out for a minor injury. On paper OSU would have been favored in each of those matches with Fix and Sheets in the lineup. There aren’t a lot of duals on the schedule this season that I expect to be very close for OSU, but having these two back would certainly improve their roster a bit.

Austin Harris wasn’t matched up with two NCAA title contenders here, but picked up a couple wins to go to 2-0 on the season, including a nice comeback vs. Oregon State to send the match to sudden victory then pick up the takedown and win there. Good start and return for the Cowboy heavyweight that did not compete in the Orange and Black matches due to injury.

OSU rolled out a new wrestling mat this weekend and I like it. I’m sure some prefer the traditional orange or maybe wish this new one would’ve been a little different, but overall I think it’s a good look.

I understood the reasons for OSU moving Geer to 197 last year, but it just didn’t work. He was undersized and it just wasn’t the right weight for him. AJ Ferrari inserting into the lineup at 197 and Geer going down to 184 has almost certainly created a stronger team for OSU and is definitely a better fit for Geer.