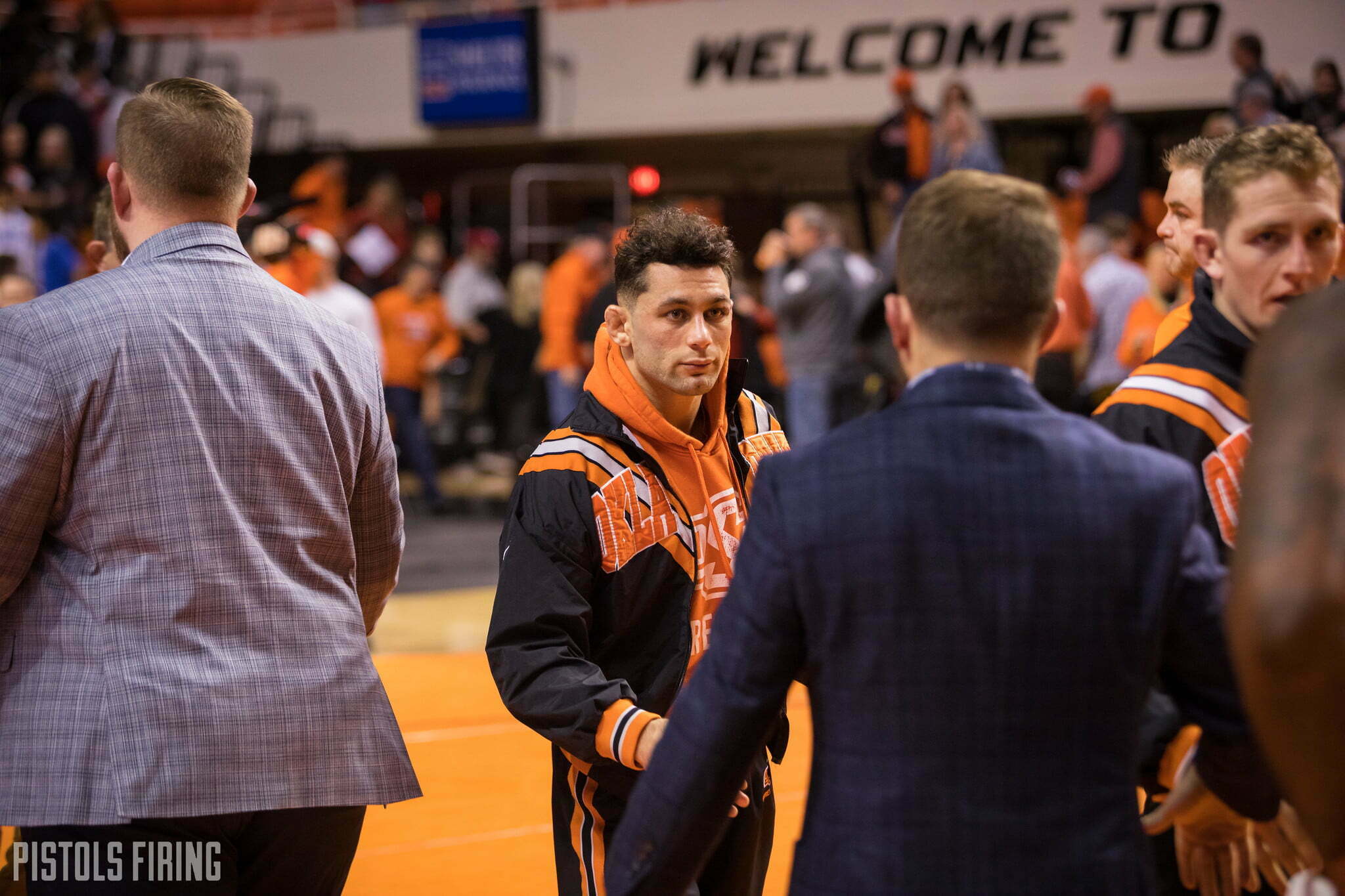 It’s been one of the weirdest weeks in all of sports media history as the COVID-19 pandemic has struck American sports and canceled nearly every major athletic event, including the NCAA wrestling tournament. After taking a day to digest everything here are my five thoughts on it.

I don’t know any other way to really put it. It’s gut-wrenching to think about some of these seniors being set to wrestle in their final NCAA tournament, then suddenly told it’s not going to happen. Even looking at some of the younger guys like Anthony Montalvo and Travis Wittlake, who both had very real shots to be four-time All-Americans and may not have that opportunity.

All the way around, it’s really tough to imagine what some of these kids are going through. Naturally, life goes on and they’ll all come out of it fine when you look at the bigger picture, but you really have to feel for them.

2. Will seniors get an extra year?

Got confirmation from NCAA:

Additional season of competition will be granted to student-athletes who have participated in spring sports. Details not finalized yet. Winter sports still being discussed.

With wrestling, there are only 9.9 scholarships so money is limited. They could give some sort of temporary relief on the number of scholarships a school is allowed to offer to allow them to keep seniors around, which with OSU that would work out fine. They have fully endowed all of their wrestling scholarships and could reasonably afford it.

The problem is a lot of programs can’t. So it’s conceivable to see a lot of schools not want to allow that extra year because it would cost them a lot of extra money. You certainly want these guys to at least have the opportunity to come back, but you could see that they may not be given it. Who knows how it will play out?

3. Who will decide to come back if they’re given the opportunity?

Obviously this decision would be a very personal one for any athletes making it, but wrestling is a brutal grind. Even the highest level wrestlers go through a day-in/out wringer of practice, cutting weight, conditioning and lifting. That’s all mixed in with taking classes and attending school. And even for the best wrestlers, it’s all done on a pretty limited level of scholarship money.

Not everyone wants to keep doing that forever. If they have a job offer on the table, or other post-graduation plan, they may just decide not to come back, and that’s a pretty reasonable thing to do. I’m sure there’s not a guy in college wrestling that wanted to finish their career out like they did yesterday, but also just about every wrestler has some level of relief when they’re done with the sport. It will be interesting to see which guys come back if they’re given the opportunity.

4. Iowa fans are going to be livid

Penn State’s ruled the roost of college wrestling of late. Their dominance over the last 10 years has kept traditional powers like Oklahoma State and Iowa off the top of the podium. There’s only been one season where any other program managed to slide in and grab a title, with Ohio State winning in 2015. In that season Penn State red-shirted Zain Retherford, Bo Nickal, and Jason Nolf which opened the door for that opportunity.

OSU’s biggest rival Iowa was poised to break through and take out Penn State this year. They were heavy, heavy favorites to go to Minnesota and take home a team title, and now with no NCAA tournament that will not happen. Though I feel for their athletes that have put in the work to get them to this point, there may be a somewhat morbid bit of solace in this whole situation for Oklahoma State fans to know this will keep Iowa from winning a NCAA title this year.

5. Not the worst year for OSU

Heading into this season we knew it was a rebuilding year. In these types of seasons you’re really just looking for development from each young guy, for the seniors go out with their best possible finishes, and everyone to stay healthy. That happened.

The Cowboys lost three duals, one was against a heavily favored Iowa, one with a bit of external controversy to Lehigh, and one to Northern Iowa. They won the Southern Scuffle and the Big 12 tournament, the only two tournaments they competed in, and had qualified nine for the NCAA tournament.

You saw young guys in Sheets, Wittlake and Montalvo develop into wrestlers that will be factors on the national stage in coming years and Nick Piccininni win his fourth Big 12 title and cement himself even further as a legend at Oklahoma State University.

Again, it’s a tough way to close out this season, but I really feel we saw a lot of positives with this team throughout the year that should mean a lot down the line, especially with the crop of recruits the Cowboys have coming in next season.