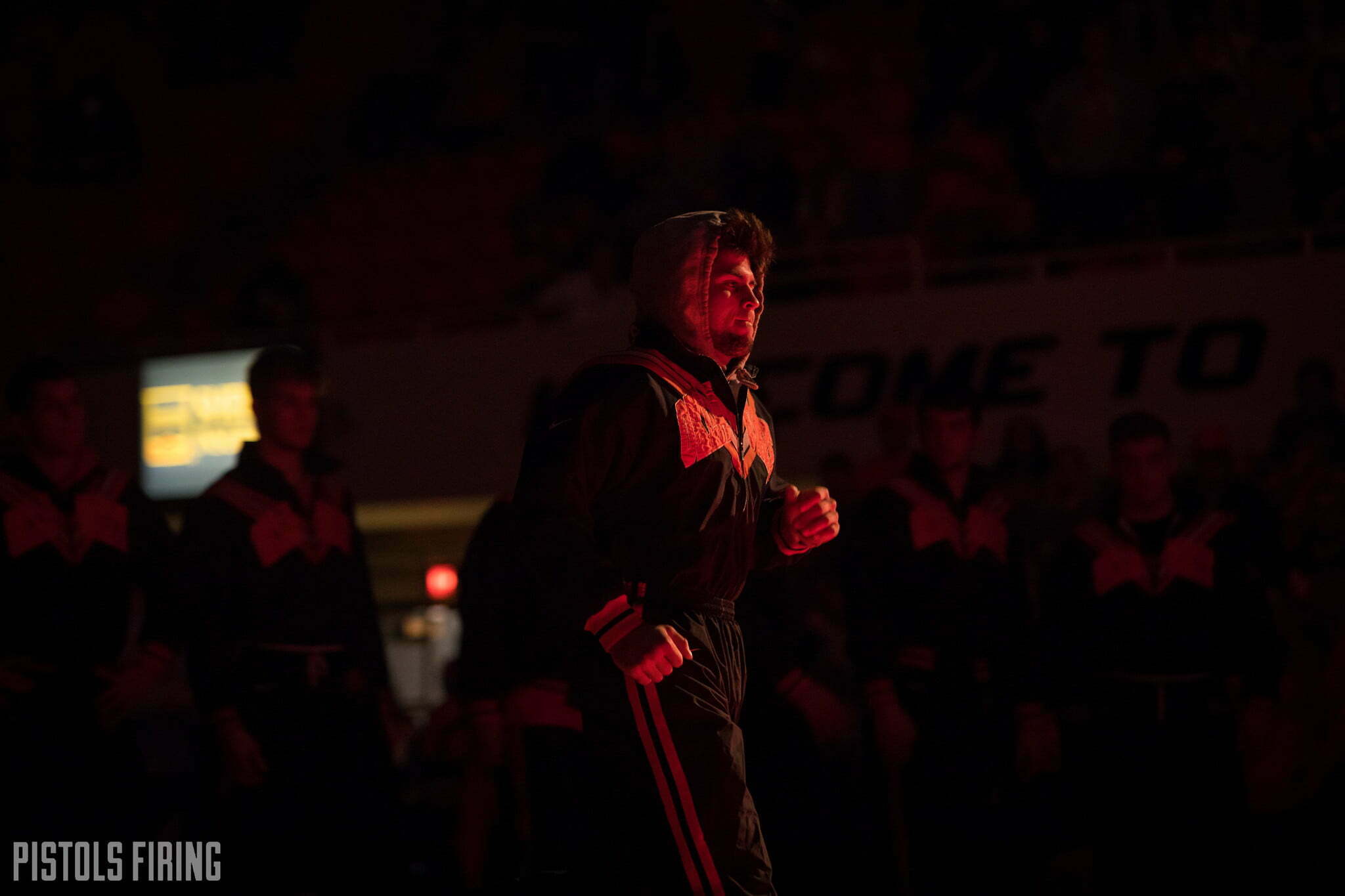 The Cowboys went 2-0 on the weekend in a home stand with South Dakota State and Missouri. Here are my five thoughts on the weekend.

1. Montalvo is a Buzz Saw

Earlier this year, John Smith had some high praise for Anthony Montalvo. He said he needs to develop his technique a bit, but that he goes hard and as a coach he’d rather have that more than anything because he can coach him up on the technical stuff, and it’s difficult to coach guys to wrestle as hard as he does.

We saw some of that this weekend and are seeing it in Montalvo’s development this season. His pace is just incredible. The way he constantly pushes and wrestles for the full seven minutes is remarkable. There are guys that “go”, but few that do it anything like Montalvo. It helped him get a last second takedown and win vs. South Dakota State and another win vs. Missouri. It should help as he continues his upward trend.

In last weekend’s road trip through UNI and Iowa State, Wyatt Sheets went 0-2, dropping one bout to highly ranked David Carr of Iowa State and another to UNI’s Keaton Geerts.

He bounced back really nicely this weekend picking up a major over South Dakota State’s Peyton Smith on Saturday, then getting arguably his best win of the season in sudden victory over Jarrett Jacques of Missouri.

One of the bigger storylines of the weekend involved someone who didn’t even wrestle. OSU defensive end and three-time state champion wrestler Brock Martin weighed in this Saturday at heavyweight.

After the meet, John Smith said,” He’s pretty good, but he’s not ready.”

If you watch the rest of the interview he expands a bit more on it, but it will be interesting to see if and when we see Brock Martin this season. The comments from John seem to indicate there’s a good chance we do see Martin in a singlet at some point.

Boo Lewallen fell for the first time this season on Sunday vs. sixth-ranked Brock Mauller of Missouri. Boo was up late and taken down, which sent the match to overtime. In sudden victory Mauller picked up another takedown to beat Boo 5-3. This was Boo’s second match as the top ranked wrestler in the country.

This could have some positives as it will take that No. 1 target off of Boo’s back, but he continues a tough stretch in the next few weeks that could reasonably get him back near the No. 1 spot at the NCAA tournament. He’ll have Iowa’s Pat Lugo, Wyoming’s Jaron Jensen, and a host of others at the Big 12 tournament.

Ultimately this will still be one of the more wide-open weights at the NCAA tournament and regardless of his loss here, Boo will still have a tough path to a title.

I’ll go a little more in depth on this as we get closer to Bedlam in two weeks, but even in a rebuilding year, OSU is still putting together good crowds. Last year the Cowboys set what may be an all-time record average. This year they’re not going to come anywhere near that number but after a recorded attendance of 3,111 vs. Missouri, they are on pace to have their fourth-highest average in the last 13 years. If they can get 6,269 for Bedlam, then they’ll have the third-highest in the last 13 years.

When you look at what OSU is this year, a really young team with their superstar Daton Fix taking an Olympic redshirt, that’s really good.