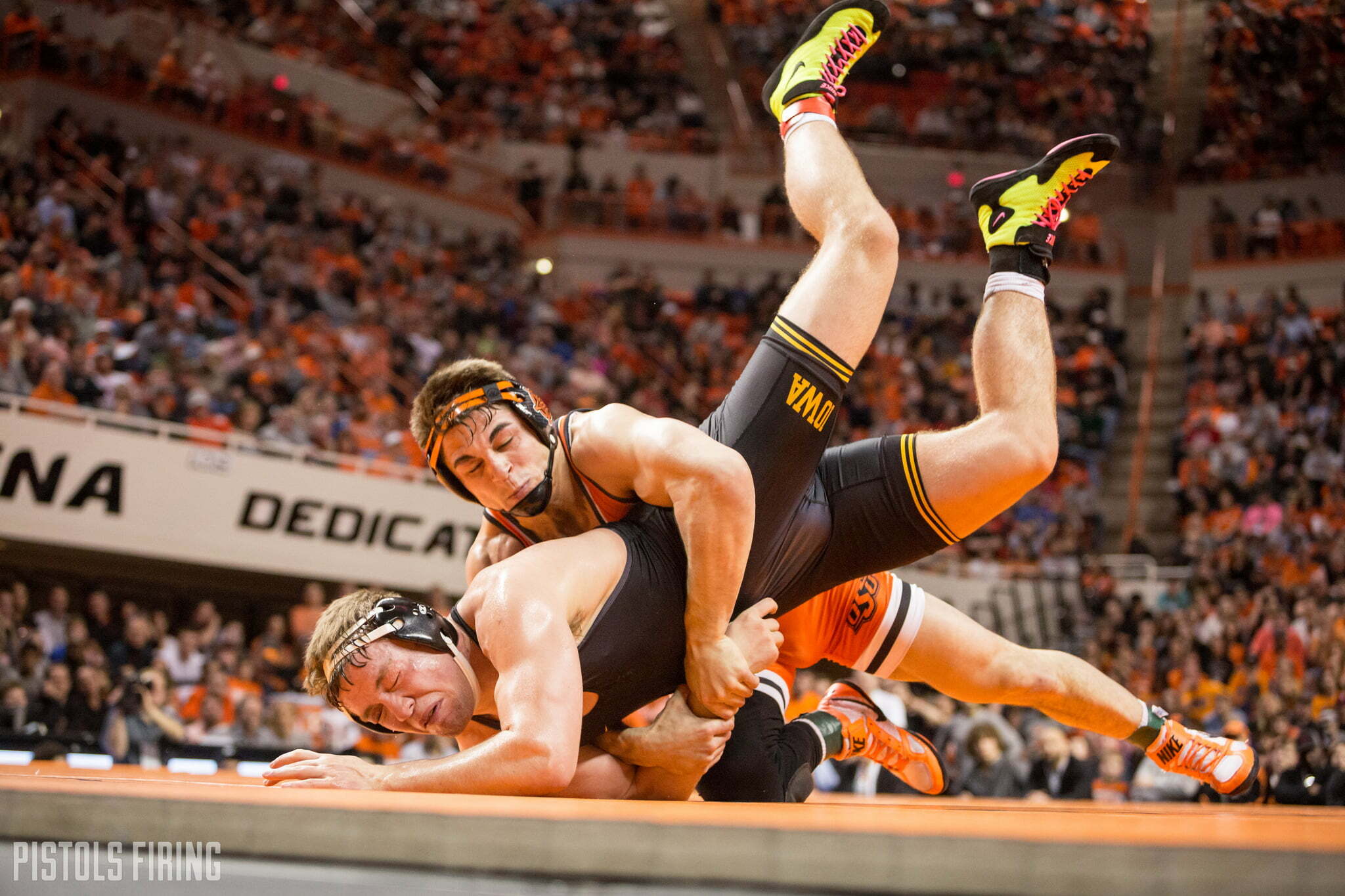 The medal round of the NCAA tournament went down Saturday morning in Pittsburgh. Here’s how it went for Oklahoma state.

Nick Piccininni matched up with Vitali Arujau of Cornell. Arujau scored a takedown early to go up 2-0 and rode out Piccininni in the first. They start in neutral in the second and it ended with no scoring. In the third Piccininni chose top to start. He got close to a turn early, but couldn’t score and eventually was reversed and unable to come back. Piccininni fell 5-1.

Preston Weigel had a rematch of the Big 12 final with Willie Miklus. He took Miklus down quickly and rolled him up for a fall at 2:10 into the first period. This didn’t technically clinch third for the Cowboys, but created some pretty solid separation between them and Iowa who was quietly lurking just behind the Cowboys at the time.

Nick Piccininni started out the medal matches by getting in a bit of a hole vs. Patrick Glory, who Nick had beat twice this season and earlier in the tournament. Glory took bottom in the third and Nick took advantage with a turn. He then put Glory on his back and picked up a fall.

In Geer’s match with No. 3 seed Zach Zavastky he was taken down in the first then got a fairly quick escape. Geer then took bottom and got out again to tie it up 2-2. He was reversed and went down 4-2. He mounted a nice comeback with a late take down and ride out to win 5-4. At the 26 seed, Geer was the lowest seeded wrestler to finish as an All-American.

Weigel went to work quickly on Patrick Brucki. He got a quick take down and as we’ve always seen with Weigel he dominated on top with a ride-out and turn in the first. In the second he took top and got a full period ride. The third period was a little quiet with no scoring as Weigel went on to a 7-0 win.  This was his second All-American honor and at third his highest NCAA tournament finish.

The Cowboys are now locked into a third place finish in the team race.

The finals tonight start at 6 p.m. Central time on ESPN2 where Daton Fix will take on Nick Suriano and Derek White will wrestle Anthony Cassar. Both are rematches from the regular season that Fix and White won.