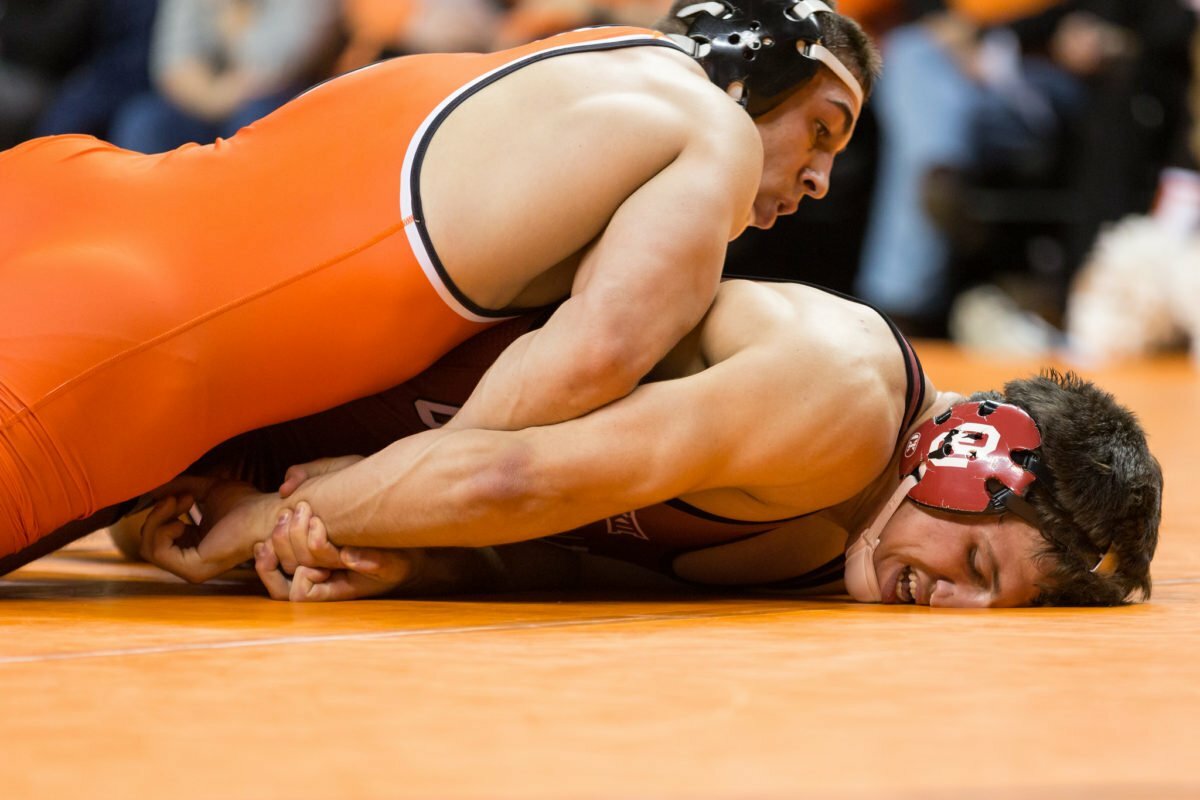 On Coach Smith’s radio show Thursday evening he went weight-by-weight over each class discussing the wrestlers and their performance up to this point.

When he made it up to 197 he gave us an injury update on Preston Weigel. The All-American and two-time Big 12 champ has officially been cleared to wrestle, he said.

Weigel is currently ranked 4th in the country. He is an absolute hammer on top and one of the best mat wrestlers in the entire country. If he can improve on his feet a bit he could definitely be an NCAA finalist and potentially contend for an NCAA title.

Smith said that even though he’s been cleared to wrestle full speed they do plan to wait a bit before they wrestle him as a starter. The most likely place Smith said we’d first see him would be the Reno tournament or at one of the duals around that time. The two duals right after the Reno tournament are Northern Colorado and Wyoming.

Currently Andrew Marsden is sitting in the starting role at 197 for the Cowboys and would be the presumed starter at the Bob Smith Open this weekend. Smith didn’t say definitively that Marsden would be pulling down to 184, but did say that’s his option if he wants to start because the All-American Weigel will be slotted in at 197. Marsden, down at 184, could create an interesting starting battle between him and Keegan Moore.