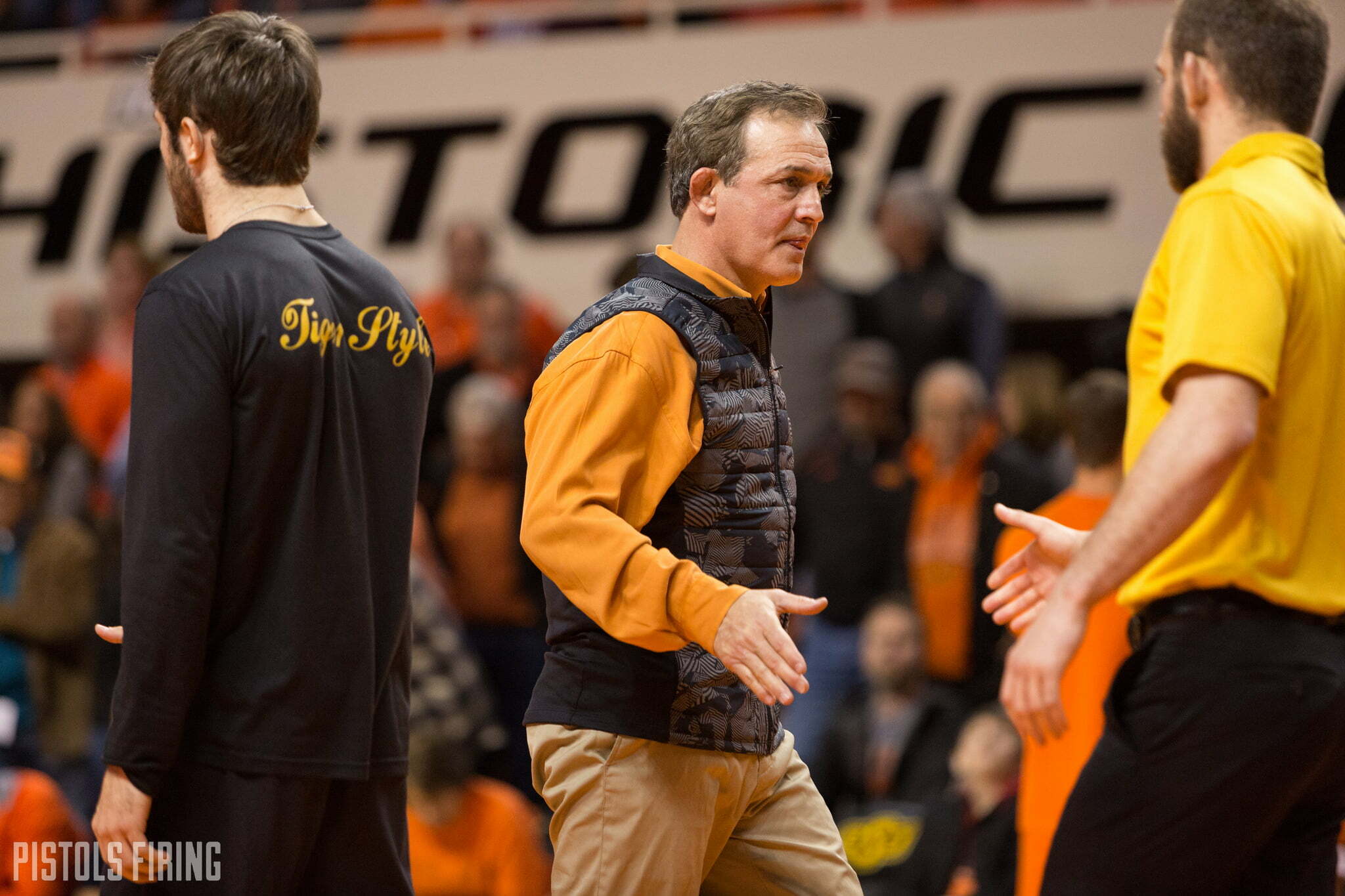 The Cowboys have 2 home duals this weekend and take on Edinboro on Friday at 7:00 p.m., followed by a Bedlam matchup with the Sooners on Sunday at 2:00 p.m.

I’ll put out a little more detailed preview on what to expect when the Cowboys face the Sooners on Sunday, but for now, this Brock Lesnar move pretty succintly shows what you can generally expect OSU to do to its cross-state rival.

Edinboro on Friday poses more of a threat than the Sooners on Sunday.

Edinboro almost always has a solid team. Pennsylvania wrestling at all levels is pretty good, so expect their guys to put up a good fight. They won’t win the dual, but here are a few key matches.

Don’t show up late. The match at 125 should be really good. Nick Piccinnini was 1-2 against Edinboro’s Sean Russell last year. I personally think Pich has improved a lot from last year, but believe some of it is masked because the weight is now stronger than it was. A good win here will help solidify that point. I think Pich will win here because I really do think he has improved, but Russell has the edge in the series so far. Both wrestlers have really similar styles on their feet and are good on top. Big match for Pich. Here’s a video of their match at Edinboro last year. The timing of the audio is way off from what is actually going on in the match.

157 will be another really good one. Jonce Blaylock has become a bit of a fan favorite for those that follow closely. The guy wrestles hard for the full 7 minutes, fights off bonus points against better wrestlers, and you can pretty consistently see improvement in his wrestling week to week. This is a big match for him. He went through a bit of a murderers row of really tough competition at one point, but here he’s got a winnable match against a solid wrester. Big for his RPI and confidence going into the postseason. I like Jonce here.

174 is another good one. Still not sure on Jacobe Smith’s health, but if he’s healthy this should be a good match. Even if he’s not Hestin Lamons wrestled really well against UNI last Saturday. Schoffstall is a pretty decent wrestler and I’m surprised he’s not ranked here. With Jacobe in I’d put him as a slight favorite. With Hestin you have to expect Schoffstall to take it, but again he wrestled really well vs. UNI, so he could pull the upset.

White has been great for the Cowboys in his heavyweight transition this year. This may be the biggest test he has left on his schedule prior to the NCAA tournament. Miller is good, but you have to expect White to win here. I’d predict probably a 5-2 type win for White.

OSU will be pretty comfortable favorites at every other weight, 133 is intriguing though. They’re better there than their record suggests. It could be competitive. 184 is also something to watch because it still seems pretty unclear who will be the starter here. Whoever OSU sends out should win, but I don’t really know who that will be. The pulse of the fan base seems to want Marsden, but we haven’t seen much of him to this point.