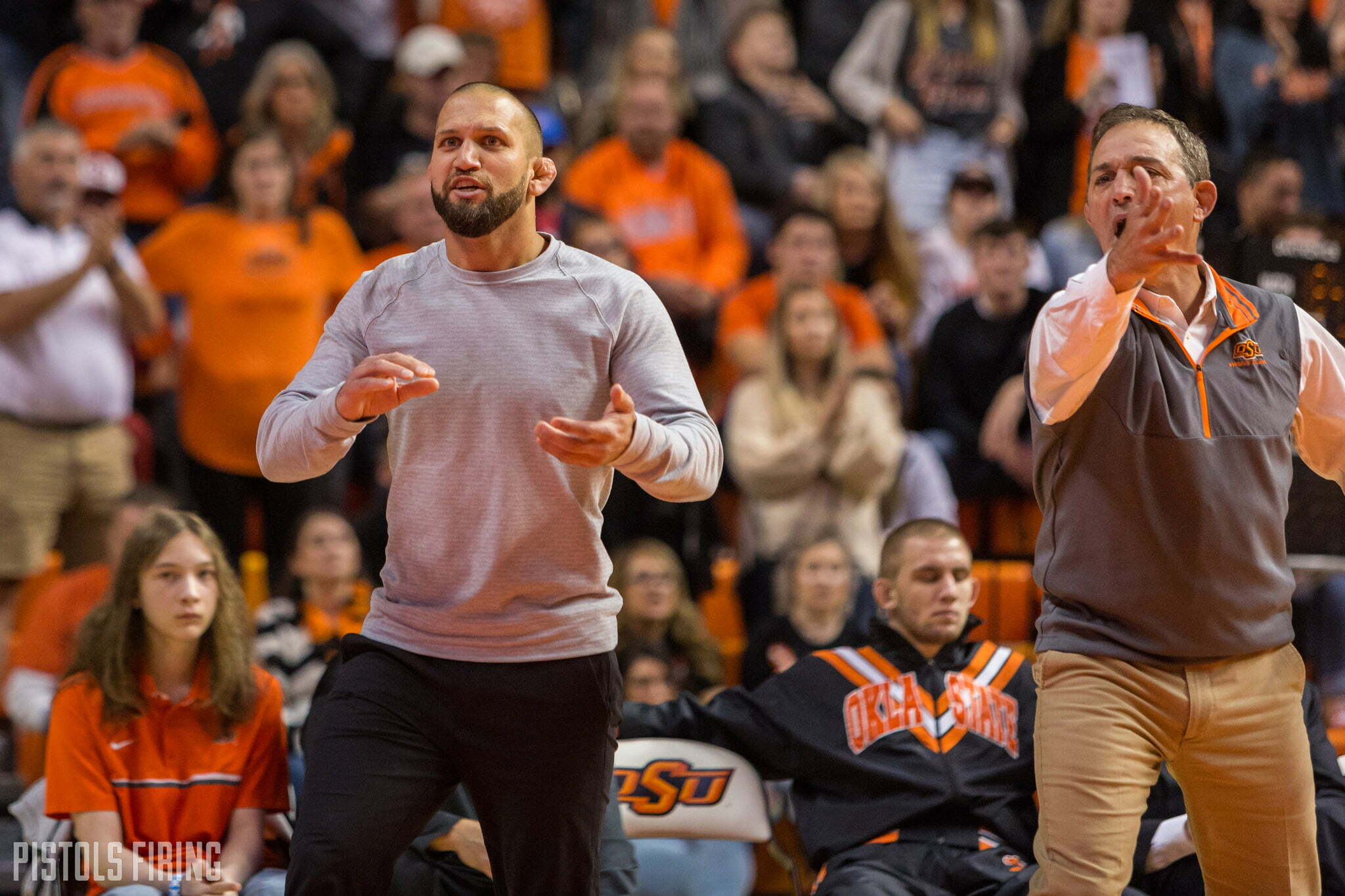 The Cowboys head to Chatanooga, Tennessee to wrestle in the Southern Scuffle on January 1st and 2nd. Here are the entries for the Cowboys as reported by Christian Pyles of Flowrestling. 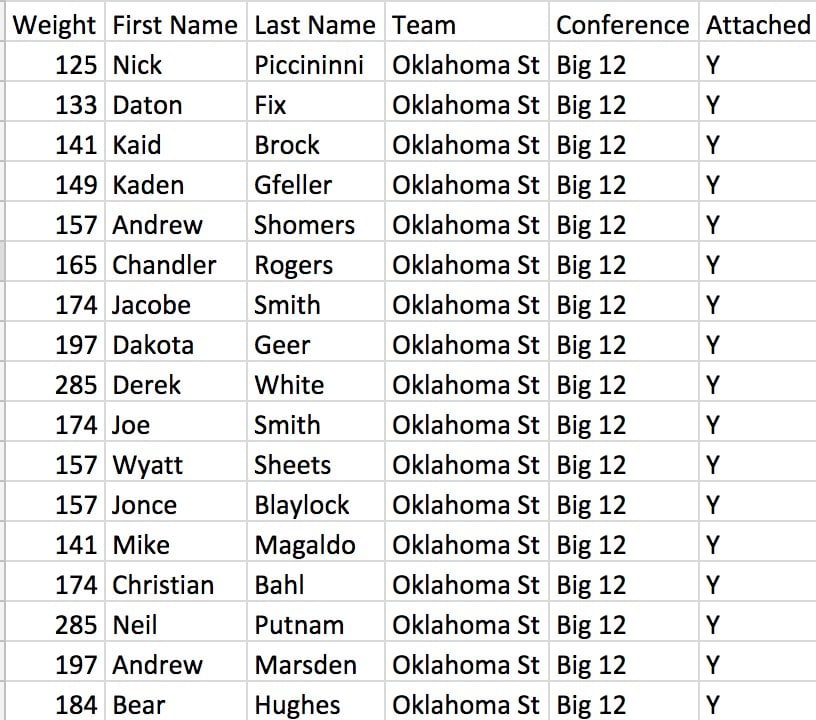 It’s a very tough field here that includes the No. 1 team in the country, Penn State. Much better than what the Cowboys saw in Reno a few weeks ago.

Here are the seeds for the Cowboys.

With Preston Weigel and Boo Lewallen out of the lineup the Cowboys will need a lot of guys to wrestle over their heads to bring home the team trophy. Penn State has the top seed at seven weights and is certainly the favorite. Should be a fun one to follow for Cowboy fans though. Here are a few wrestlers and weight classes to keep an eye on.

1. Kaid Brock and Kaden Gfeller: 141 and 149 are winnable weights for OSU. If Boo Lewallen is not going to be able to come back healthy this season then it’s crucial for momentum going into the second half of the season along with NCAA seeding for both of these guys to get wins here. The other thing is if Boo is coming back then this is a bit of a chance for both these guys to make their case for being the starter at 141 as John has said Kaden will be going back down when Boo comes back healthy.

2. Jacobe and Joe Smith: Update: After publishing this initial story the entry list changed for Oklahoma State and Jacobe Smith will now be up at 184. He gets the #2 seed behind Penn State’s Shakur Rasheed. How Jacobe and Joe fare here will have huge implications on what the Cowboys can do as a team going forward. This also gives the Cowboys a much better overall chance to score points as a team vs. having both of them at 174. PSU will certainly still be the favorite to win a team title.

3. Derek White: White took an early loss this season vs. Gable Steveson of Minnesota, but he’s got a chance to “win” back his place in the conversation as an NCAA title contender at heavyweight here. Penn State boasts two of the top heavyweights nationally and both will be here. If White can knock them both off he’ll do a lot for his seed and rankings moving forward towards the NCAA’s.

Overall, this should be a great tournament that will tell us a lot more about where OSU is at on the national stage. It can be streamed on Flowrestling and Stillwater radio will be broadcasting.