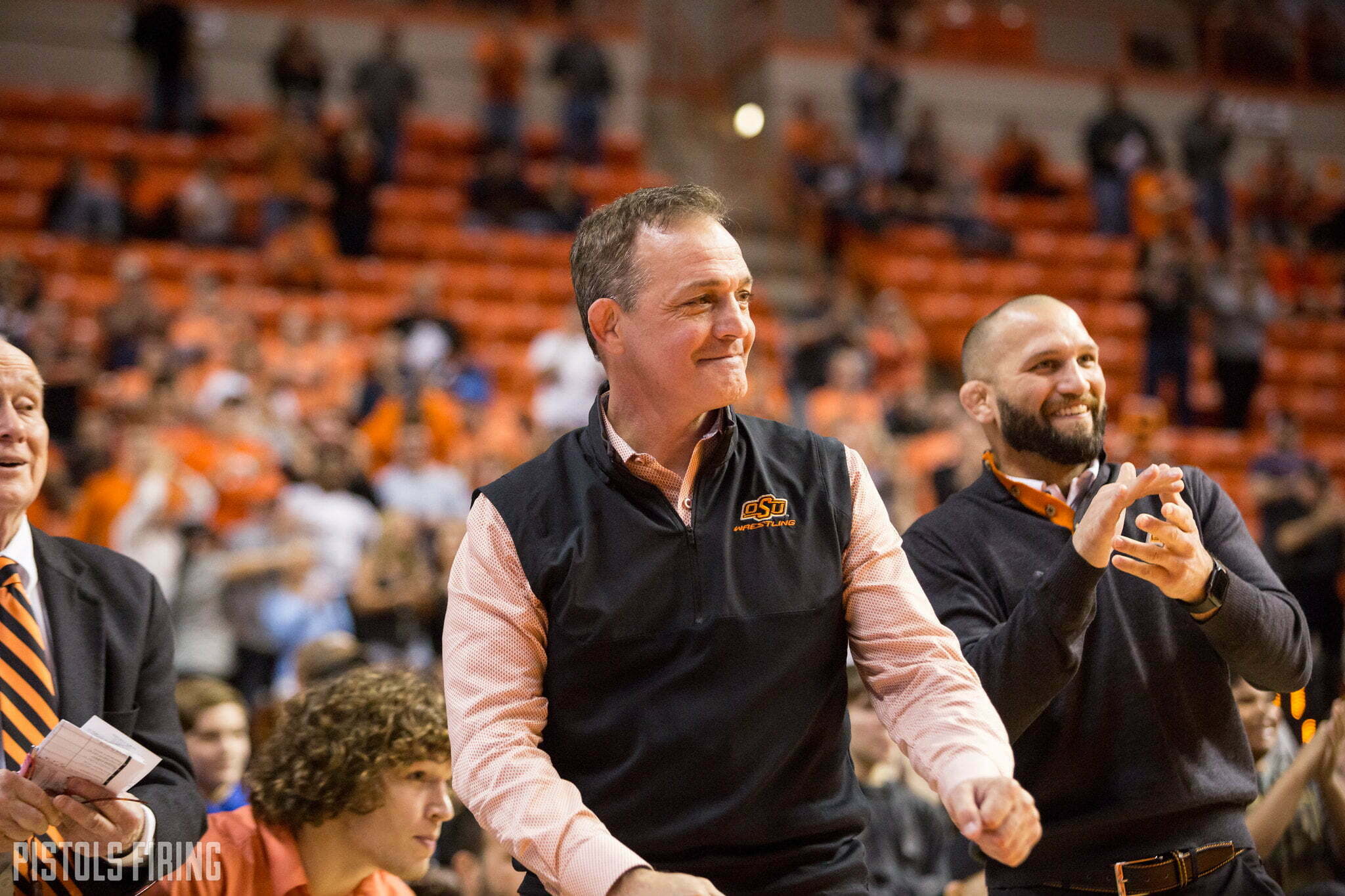 OSU already has an off the charts recruiting class committed for 2020. It doesn’t seem that they’re quite finished as they’re making a really strong push for the overall No. 1 recruit, AJ Ferrari, and also are in the top five for another elite 197-pounder Braxton Amos.

On the surface it looks like they could put together a similar class for 2021. Here are just a few of the recruits the Cowboys already have some natural inroads with.

Travis is the younger brother of 2020 commit Trevor Mastrogiovanni. The pair are out of the best prep program in the country, Blair Academy, and Travis wrestled his sophomore season at 138 pounds. The No. 4 overall ranking is pretty indicative of how good he is. At Blair he sees an incredible grind of a schedule and consistently places near the top of the podium in all the top tournaments, which is not an easy thing to do as a high school sophomore. He is a Cadet Freestyle National Champ and you have to think will likely end up with his brother in Stillwater.

Picklo is a local product out of Mustang, Oklahoma. He and his family have been the key to taking that program from one largely known only for Kendall Cross to being one of the top high school wrestling programs in the state and even one that has started to make some noise nationally.

Picklo dominated his way to his first state title this season at 160 and, like Mastrogiovanni, was a Cadet Freestyle National Champ in 2018. Also like Mastrogiovanni, Picklo has an older brother that has already made his made his college decision. Tate’s older brother Cam is headed to Cornell in the fall, ever heard of it? One can assume they’ll be in the mix. But if this tweet is indicative of anything the Cowboys certainly are as well.

Kyle Haas is one of the top upper-weights in this recruiting class. There’s only one other guy in the top 11 above 170 pounds and he’s just one spot above Haas. Haas wrestled at 182 this past regular season and won a Folkstyle National Title this summer at 195. Haas is out of Maize High School in Kansas and also happens to be the brother of OSU recruiting coordinator Tyler Caldwell.

On the surface, Haas would be a lock. But the Cowboys seem to be loading up at this size already, which could make Haas’ recruitment a bit interesting. Some project Dustin Plott as a 184 in college and if the Cowboys land AJ Ferrari — which continues to look more and more likely — he and Konner Doucet will likely be at 197 and 285. It still seems likely that Haas will be a Cowboy, but OSU will already have some firepower around his size when he makes that decision.

Voinovich is out of Ohio, but seems to have some definite ties to the staff. He was ranked as high as top 10 in his class at one point. Rankings haven’t been updated recently, but he’s performed well recently and will get some of that back. The size fit is as good as anyone on this list if he stays around the 157 range where most are currently projecting. He wrestled 152 last season.

Young is a two-time Oklahoma state finalist out of Stillwater by way of Sand Springs. He has been ranked as high as No. 33 in these class rankings, but slipped out after a few losses this season. He wrestled this season at 126, but has a bit of a long frame that you would think he’ll fill out with age and possibly go up a bit. He has all the tools to get right back in to the mix as a top ranked recruit again. Given his family’s move from Sand Springs to Stillwater and their deep ties to the Fix family it stands to reason that he’ll end up in orange.

Another brother connection in this class. Cason, the younger brother of 2019 signee Cade Lindsey, finished as the runner up at the Kansas State tournament this year at 132 pounds. He finished third as a freshman at 106.

There’s no guarantee that any of these recruits end up at OSU, but there are some clear ties and strong indications that each of them could. Naturally, there will likely be others. A class like the 2020 group, coupled with this bunch is something that’s not hard to get excited about.