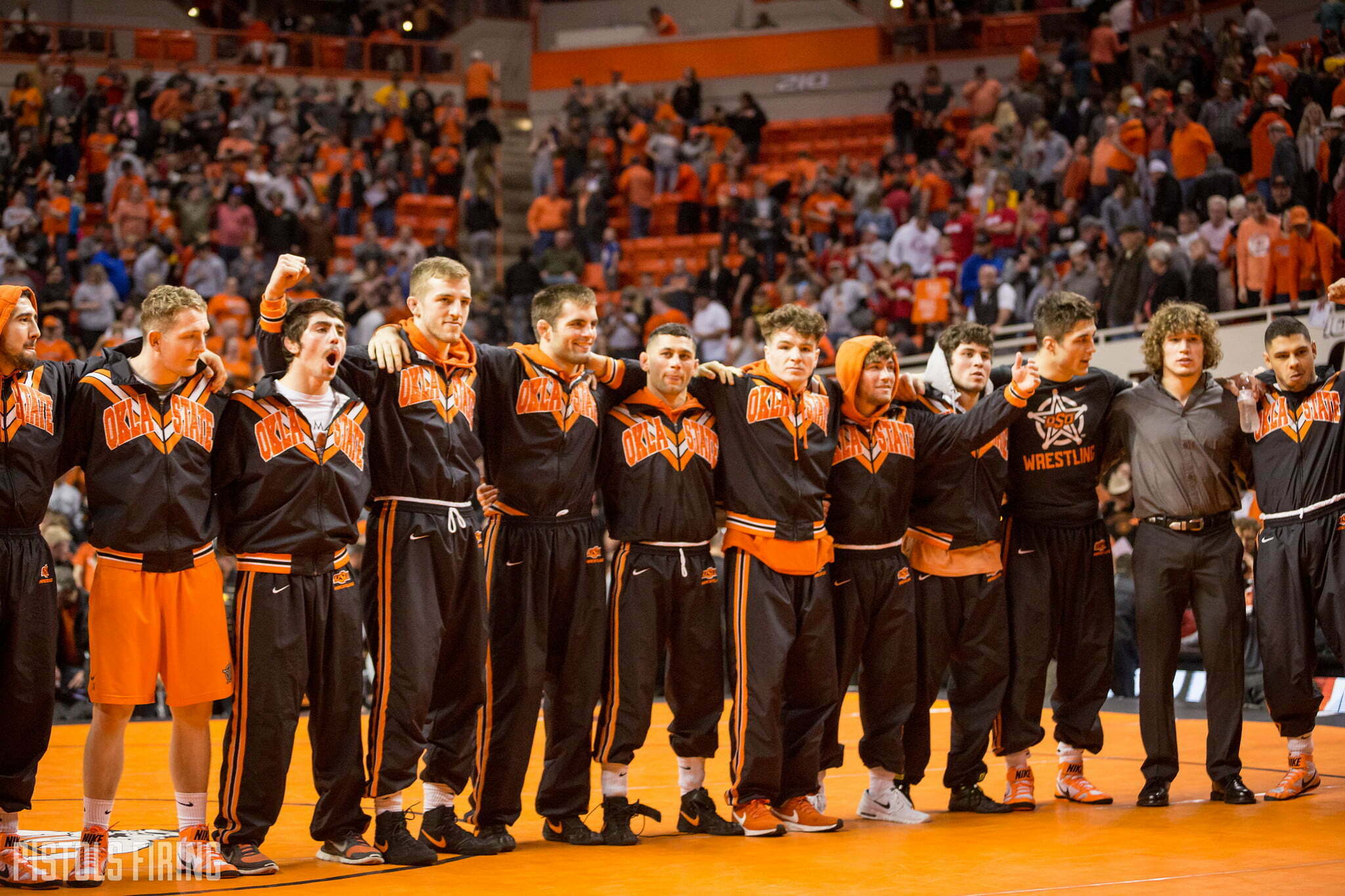 Last month OSU released its 2019-20 wrestling schedule and with the season now on the horizon I thought I’d take a look at what I think will be the top 10 duals for this season.

1. Missouri: Mizzou comes to Stillwater February 2nd looking to avenge its loss to the Cowboys last year in Columbus. The last two duals between the Cowboys and the Tigers have come down to the last match with each program taking home a W. This one could be similar. Redshirts at both schools could cause some shifts in how this plays out, but each team will have a few clear favorites and there will be a handful of tossup matches that will likely decide what should be a solid matchup.

2. Iowa State: Iowa State is back. It had a few down years, but as a program it’s the real deal now. FloWrestling even has them as the top Big 12 preseason team. This will be a battle when the Cowboys make the trip to Aimes January 26.

3. Princeton: Princeton is developing a nice program and has some very good wrestlers. Pat Glory vs. Nick Piccininni, Quincy Monday vs. Wyatt Sheets or Andrew Shomers, and Patrick Brucki vs. Dakota Geer. Those are all really good potential matchups. This is one where if everyone wrestles it will be No. 3. There are some guys who may or may not redshirt, and that could impact just how good this one turns out to be.

4. Northern Iowa: Expect a good one in Cedar Falls January 25. Northern Iowa is well coached and will bring it at every single weight. The matchups at 125, 149, 174, 184 and 197 look really good on paper, and the UNI fans make a crazy environment. Plus there’s a possible underlying storyline at 184 with former Cowboy Keegan Moore wrestling someone from his former team.

5. Iowa: Iowa is almost always circled on the calendar, but I have to be blunt here. Iowa’s going to be a comfortable favorite. The Hawkeyes are stacked deep and all-in on going after an NCAA title this season where the Cowboys are looking to develop some young talent after graduating four All-Americans and may be redshirting their best guy. Plus the dual is at Carver Hawkeye. It will be tough for the Cowboys to pull the upset, but never discount this rivalry dual for the Cowboys. Last year was certainly one of the more entertaining duals in recent memory.

6. Pittsburgh: Pitt’s a very well rounded team that knows how to win duals. Last year the Panthers went 13-3 with losses to the Cowboys, Va. Tech, and UNC. They’re very good at 133, 184, 197, and heavyweight. The Cowboys should match up well with Pitt, but expect a fight.

7. Minnesota: Minnesota graduated a few All-Americans last year, but it’s still good in spots and has some young talent that most expect big things from. The Golden Gophers match up well with the Cowboys where a couple upsets for them could make for a tight dual score. Their young talent at 125, 149, and 184 should create some intrigue in this one and they’re probably the favorite at 141 and 285.

8. Bedlam: OSU should run away with both these duals which is fun for a lot of Oklahoma State fans as they get to see the Cowboys trounce their rival, but 141 is worth the price of admission for any wrestling fan. Dom Demas at OU has been deemed the preseason favorite to win the NCAA title by some and Kaden Gfeller is returning to 141 after a year up at 149. These are two of the most exciting wrestlers out there and it should be fireworks for fans on both sides.

9. Wyoming: Mark Branch knows how to coach up his guys all the way around and really does it well when he’s up against his former team. Wyoming is very good at 133 and 285 and has a lot of young talent in spots that could pull a few upsets. Never discount what the Wyoming elevation can do. It’s tough to go up in the mountains when you’re not used to it.

10. Lehigh: Lehigh is another team that’s always well rounded and well coached. It has a really good heavyweight and the match at 174 should be a good one between Joe Smith and Jordan Kutler.