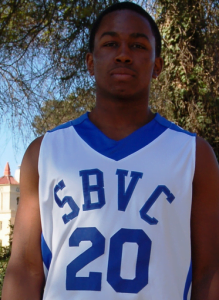 I’m ranking all 15 OSU players as we lead up to opening tip. See the bottom of this post for previous rankings

Why: Gardner was a late addition via juco to fill the Cezar Guerrero spot and somebody I think will be a massive upgrade over the Mexican Assassin.

Ford has called him the “only true point guard OSU has” and based on OSU’s bench depth (none) I have to think he’s going to see 10-15 minutes a game unless Marcus Smart actually is orange Jesus and doesn’t ever fatigue.

Gardner can do it all (led his JUCO team in assists and averaged 17 a game) which is a good thing in Ford’s system because I’m not totally sure Ford yet knows what he wants from his point guard.

I’m normally down on guys whose “grades was the holdup” but let’s be honest, I would probably commit multiple NCAA violations to bring some semblance of pride back to GIA.

I think Gardner can and will help move in that direction.