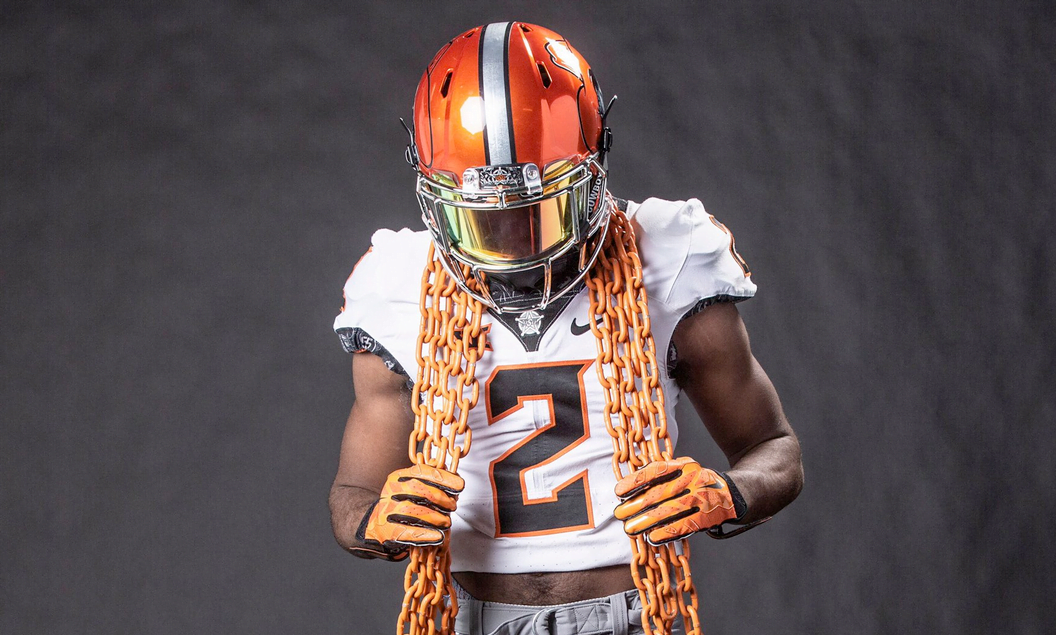 The 2021 recruiting class for Oklahoma State has just one commitment to date, but it could quadruple that number by signing day … in receivers alone.

With Tylan Wallace, Dillon Stoner and Landon Wolf entering their final seasons, combined with the imminent transfer of former star recruit CJ Moore, OSU has holes to fill at a position that’s historically been elite under Gundy with star power at the top and depth throughout. And despite the lack of commitments, it has plenty of names on the radar.

Here’s a spin through five key receiver targets in the recruiting cycle.

Michael Jackson III is the No. 1-ranked receiver in the state of Nevada and third-ranked prospect from the state. His name is also Michael Jackson and he wears white gloves. What other reasons do you need to like this kid?

Four-star recruits from Allen, Texas, Bryson and Blaine Green are twins and expected — like the Wallace twins (and technically all twins I guess) — to be a packaged deal. They’re both top-350 recruits with a combined 38 total offers. Right now 247Sports considers OSU to be the frontrunner for both.

Bryce Stephens is a top-10 talent in the state of Oklahoma from John Marshall High School. OSU has been in on him from the jump after offering last summer during a camp. OU has not offered, which could potentially change things, but Iowa State, TCU and Texas Tech have already thrown themselves into the mix, along with Arizona State. OSU looks to be in great position.