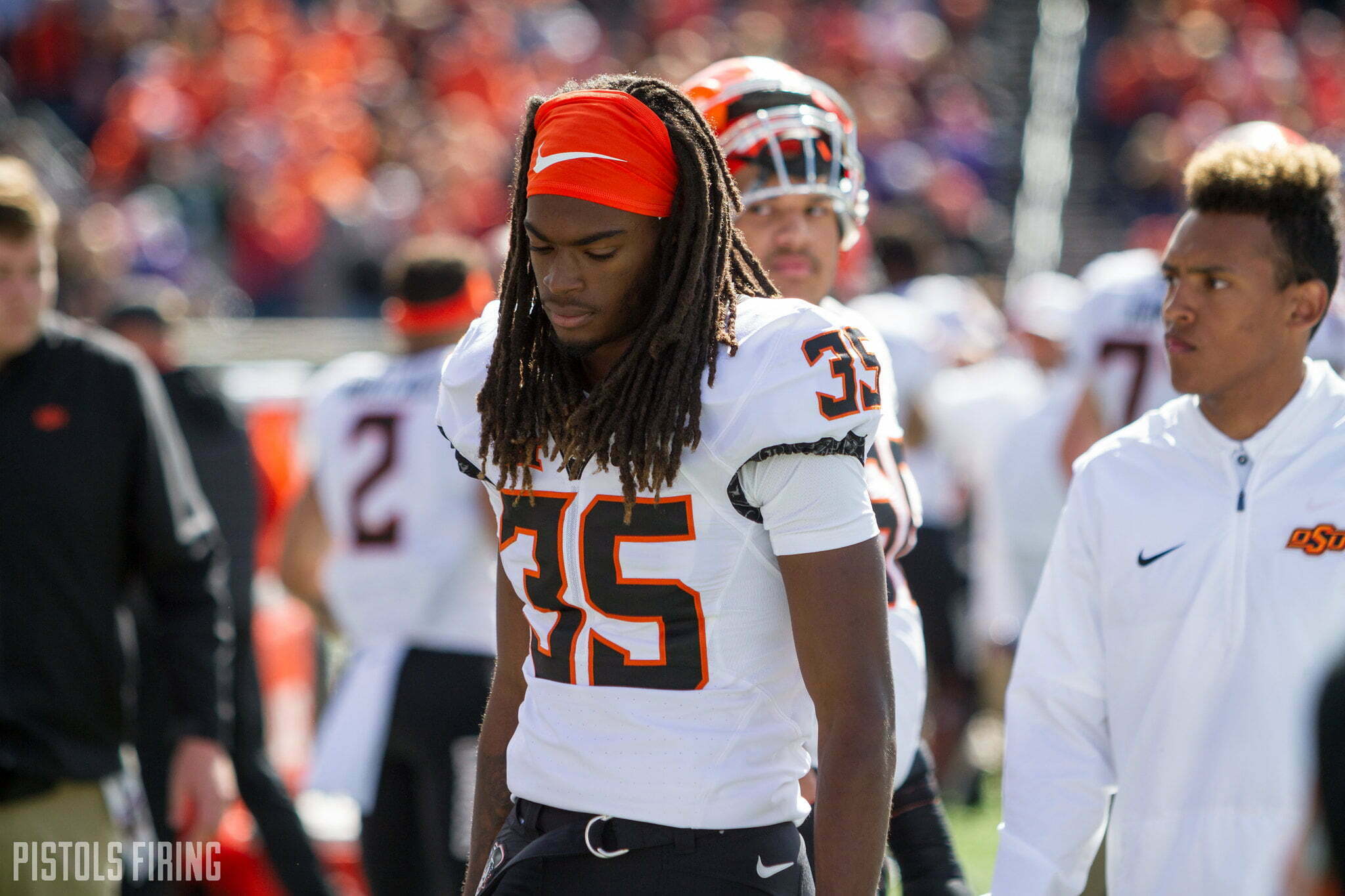 One receiver coming back, another one moving on. Following Tylan Wallace’s decision to return for another year of school, redshirt freshman C.J. Moore announced on Tuesday that he’s entering the transfer portal.

Moore was the No. 1 player in Oklahoma State’s Class of 2018 (the same class as Spencer Sanders) and the 13th-highest ranked recruit in school history. Over the course of two seasons, he had just four receptions for 81 yards and two touchdowns.

“I am appreciative of Oklahoma State and the football program, but God has a different plan for me,” wrote Moore. “With that being said I would like to announce I will be entering the transfer portal and seeking a new home. Please respect my decision.” 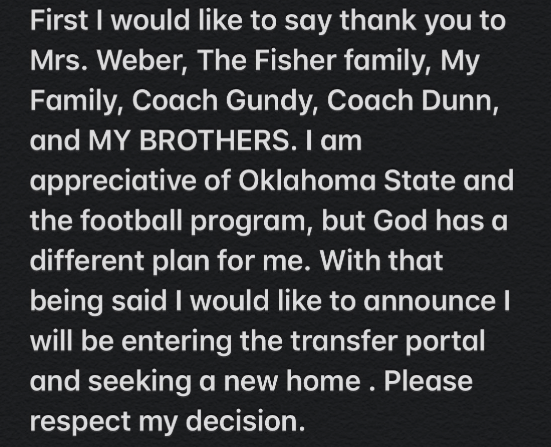 I’d heard rumblings of a potential Moore transfer for about a month (+), but I figured when Kasey Dunn returned to Stillwater as the offensive coordinator that he would more than likely stay put. Moore is the fifth receiver/tight end to announce his intent to enter the transfer portal. Here they are.

None were very productive — they totaled 93 receiving yards last year — but Moore is certainly the most notable given how big of a recruit he was.

When I talked to Dunn in the fall before the season started, he insinuated that the only thing holding Moore back was the importance he put on football, a Gundy staple that many players learn over the course of their careers in Stillwater. That may or may not have improved as the year went on, but from the top (Tylan) down, OSU doesn’t have a lot of room for not taking things seriously.

It’s been a weird run of top recruits for OSU — and maybe this is why Gundy doesn’t chase stars and superstars in high school. Of their last five classes, here are the top two players in each class.

This makes sense of course. The top players think they deserve to play the most, so sometimes that means transferring elsewhere. Not the case in all of these situations but definitely the case in some of them.

Regardless, OSU loses a big (if unproductive) talent and a bit more depth it will need to fill in the years to come as Moore moves on to another club.