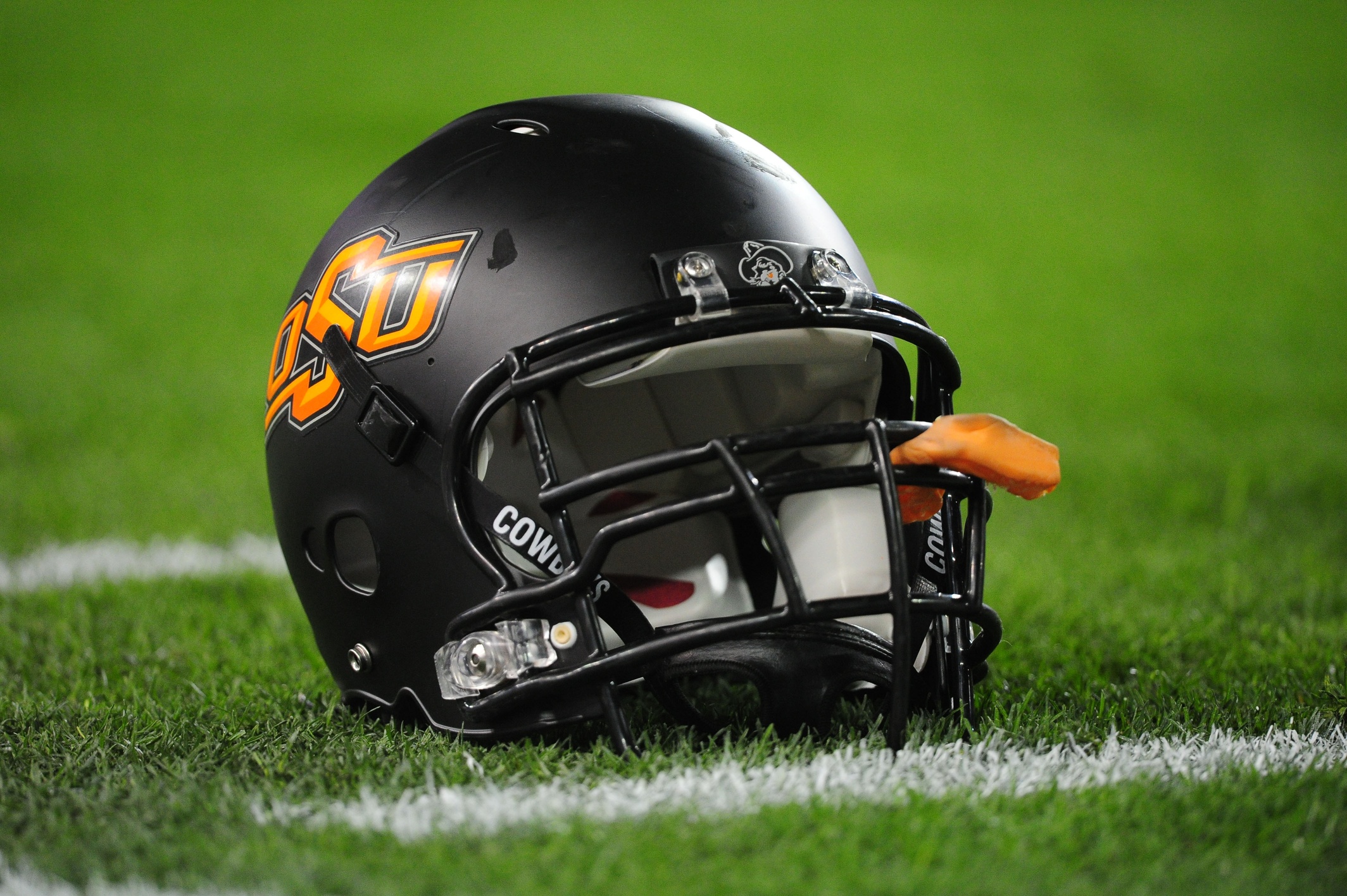 Where do we start with Part 2?

How about two straight articles and I haven’t seen a single transcript, financial record, phone log, email, or text message? And beyond that, I haven’t heard a single person from Sports Illustrated say that they actually have any of these things.

So what are we doing now? Just letting former players talk about how they cheated in college and nobody said anything about it?

Yeah, because that only happens with athletes.

1. Shortly after Les Miles took over as Oklahoma State’s football coach in December 2000, he introduced an exhortation that he would use often at the end of team meetings during his four years in Stillwater. “Academics first,” Miles would say. “Football second.” As Miles said, “Academics first,” he would hold up two fingers. And as he said, “Football second,” he would hold up one.

I cannot stop laughing about this. This the first thing written in this series that I have no doubt is 100% true. Les probably trademarked it with the United States Patent and Trademark Office!

Also, this crushed me:

Les Miles holding up "one" and saying "two" might not be intentional.

2. Look I’m not saying people didn’t cheat — I’d more be leery if SI actually did an investigation on a school and said “these guys never cheated” — but why are having former college students tell me they cheated and people condoned it and then not showing me any proof that it happened?

I could have told you that college students cheat!

I still haven’t physical proof or corroboration from any advisor or anybody mentioned in the piece that there was a system in place for this to happen.

3. What about this quote from the piece?

Terry Henley, an academic adviser for football since 2000, denies the players’ allegations that he scheduled them in easy classes and steered them to majors, but concedes that academics weren’t a priority for Miles.

4. The part that doesn’t make sense is that you have 29 people named in Part 2 who allegedly cheated (many of whom didn’t graduate). Then you have this curious reasoning in Part 2:

.@ThayerEvansSI So … grade-fixing claims made by guys who flunked out of school. And the proof – OSU has a low APR. Umm…

Here's a confusing thing about the OSU story… lot of these sources flunked out of school, but claimed work was being done for them..

There isn’t any logic involved there. Sports Illustrated is saying “these guys got their grades changed and still couldn’t graduate” and you’re proving all of this by pointing to OSU’s low APR which they have because these guys couldn’t graduate or flunked out!

Do you see how circular that is?

Sports Illustrated says it this way: So despite all the ghost-written papers and complicit professors and absentee students who wound up with high grades, the solicitude only went so far.

5. This statement is an issue, but again, only if it can be corroborated or proven by tutors or staff members.

Players said that they routinely had their coursework completed by tutors or university staff members, that they were provided with answers to exams before taking them, and that they received passing grades despite doing little or no work.

6. This is a whole other discussion and I realize isn’t totally relevant here but THIS IS WHY COLLEGE FOOTBALL IS NOT AN AMATEUR SPORT ANYMORE!

John Campbell, the school’s president at the time of the revelation, wasn’t chastened. “There would be those who would argue that Dexter Manley got exactly what he wanted out of OSU,” Campbell said. “He was able to develop his athletic skills and ability, he was noticed by the pros, he got a pro contract. So maybe we did him a favor by letting him go through the program.”

Four players and two former assistants told SI that they had teammates who they believed were functionally illiterate even after attending the school for multiple years. Miles asked one of the Cowboys to write house on a chalkboard. “He spelled it H-A-S,” says Coxeff. “I was like, Oh, my God, how is he even in this room? … How can someone who can’t spell come to a major college?”

First of all, why was Les Miles getting people to try and spell “HOUSE” on a chalkboard?[1. Also of note, how is there not an investigation on how Les Miles graduated college?] Was it a fill in the blank? Like “Julius Crosslin is as big as a ___________”

If so, that would be pretty amazing — and honestly, would you put it past Miles to hold a team meeting where players tried to fill in word games like that? You probably wouldn’t.

Second — and this isn’t justification — the illiteracy thing isn’t unique to Oklahoma State. How about instead of Sports Illustrated unleashing Thayer on Stillwater, they do an expose on how poorly student-athletes everywhere are being educated and coddled and demand change? Work that, you know, matters instead of salaciousness that ends in court and does nothing for anybody’s future.

9. The second to last thing Berry wrote here was pretty interesting. He basically said “OSU academics looks worse than OSU football.” It’s kind of true. Henley said he doesn’t deal with professors and “I don’t have control over what a professor does” which is absolutely correct.

True story: I once had a professor give me a “C” in a class that I didn’t feel like I deserved. I wrote him an email and said “I should have gotten a ‘B’ for this this and this reason.” He gave me a “B.”

Should I be guilty of academic fraud? Maybe, according to this article.

10. This quote was interesting:

There is a fine line between a tutor’s assisting a player in the composition of a paper and writing the paper for him.

There sure is and I want to know who’s drawing it because it’s not the players. If you write one word of a paper for somebody is that considered writing it? What about two? Three? 50? What’s the limit and who knows it?

11. Henley’s résumé raises another question: He was a defensive back at OSU from 1988 to ’93, when he was a teammate of Gundy’s. Among the 65 football programs in BCS conferences in 2012, only six have a former player from that school acting as the team’s primary academic counselor.

That's amazing. RT @jaredgallagher: "If we had online courses (back then) we could've got (Dexter Manley) a Masters and a PhD!" -Pat Jones

I don’t know if I didn’t learn anything in college because it is college, and you don’t learn what you need to know for the real world, or because [at Oklahoma State] it was a big joke.

14. All that being said, I can’t stress enough that I believe a lot of this. I’m not making excuses for anyone nor attempting to infer that all (or parts) of this aren’t true.

I played baseball, I saw how dumb some dudes were. It’s not difficult to put two and two together (well, it is for athletes sometimes).

But let’s look at the bigger picture.

What, exactly, are you trying to prove here? In fact, what are you trying to prove with this entire 5-part piece? Nobody (including the writers of the story) thinks Adrian Peterson or Vince Young weren’t helped through school and SI keeps telling me “this happens everywhere but not ALL of it happens everywhere” but I have yet to see a system that I can point to and say “wow, there has to be a fall guy for this.”

I see one-off dudes just trying to get by and a handful of academic folks who want to be liked by football players and, I mean, is that 5-part investigative report-worthy?

Amilian, OKC Dave, and I could have basically whipped up with SI did and you would have believed most of it.

Maybe there’s a bombshell coming but so far I’ve been unimpressed.