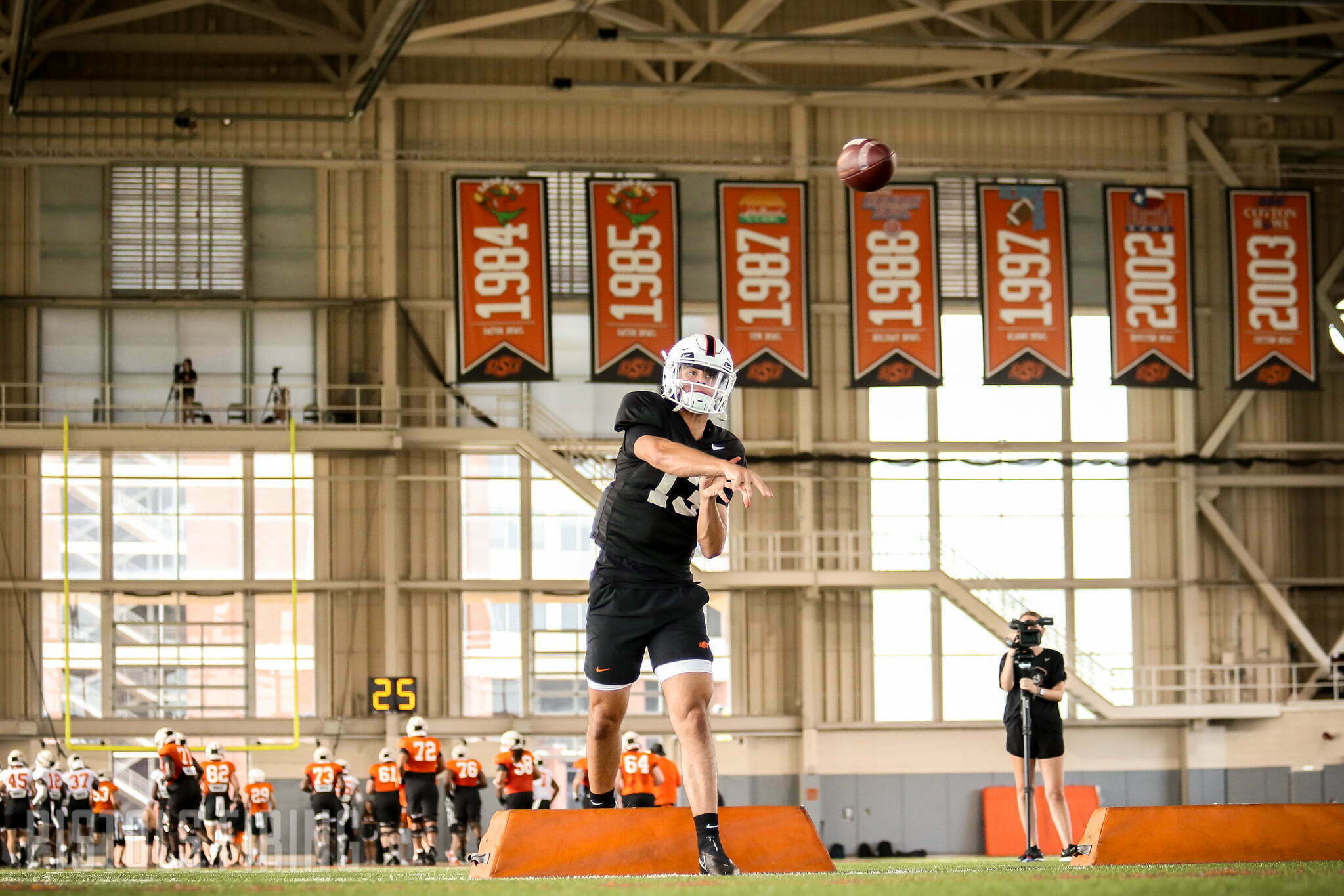 There is no competition or concern about who will start the season for OSU as its starting quarterback with Spencer Sanders in line to be QB1 for his fourth season. Behind him, though, the battle to be his backup remains a tight one as Gunnar Gundy and Garret Rangel go head-to-head.

Both Gundy and Rangel have made strides in the offseason and continue to develop as promising players, but practice development and performance on game day when the chips are down are as similar as Nancy Pelosi is to Alex Jones.

“Very happy where our twos are right now,” said offensive coordinator Kasey Dunn this week. “I just don’t know, you know, when it’s gameday. If we can get a chance to get up and get those guys out on the field, that would be a godsend, to be able to get those guys some action.”

The hope, of course, is that it won’t matter how Gundy or Rangel look. At least for this year. OSU right now is best when Sanders is commanding the offense. He has a firm grip on the system, and his dual-threat ability as a passer and runner really opens things up.

Rangel and Gundy are raw and inexperienced but the two, vying for the QB2 job, and perhaps the right to jump ahead for the QB1 job in the future, have impressed Dunn this fall.

“I think they’re better. They’ve made a big leap from what we saw in spring ball,” said Dunn. “Both of those guys look at the game [the way we want]. Garret has done a good job of bringing in the plays right away and taking charge like a quarterback should. And Gunnar has made great strides with decision-making and where he’s going with the football.”

Mike Gundy, Gunnar’s dad, said last weekend that he mostly stays away from his son during coaching and allows Tim Rattay to run the show. But he did acknowledge that the quarterback position in general at OSU is a difficult one to pick up.

“We have a really simple offense, except for the quarterback,” said Gundy. “For the quarterback, it takes time. Once they get it, they all of a sudden get better, and it only happens from making mistakes and reps. And unfortunately, a lot of times it happens when they make mistakes in games.

Nothing can replace experience at quarterback. OSU has that in spades in Sanders and has none of it in Gundy and Rangel. The hope is that this season can serve as an on-ramp for both the young, promising backups before a full-blown open competition for the starting gig when Sanders’ eligibility expires (he has one more year in 2023 due to Covid if he chooses to use it).

“The game has changed completely,” Gundy said of when he was a QB at OSU to now. “It’s much more difficult to play quarterback now than when I played. That experience is really important.”