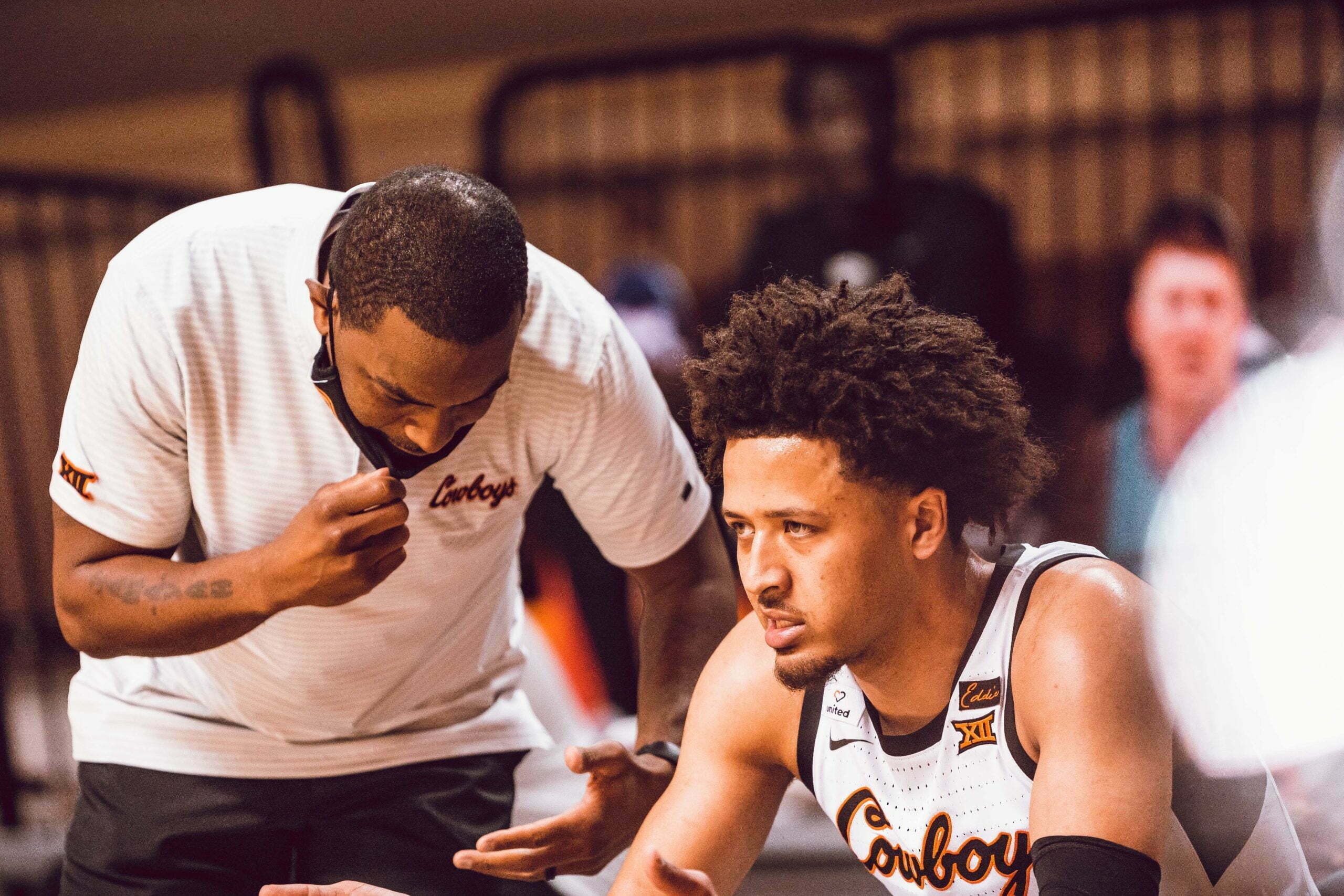 On Thursday, Cunningham announced his decision to enter the NBA Draft, which was another part of that itinerary Boynton laid out. The roadmap Boynton set up started with things like Cunningham becoming a McDonald’s All-American, which he did, to coming to college and having an impact individually and as a team, which he did.

“I tried to be as thorough with that plan as possible because he wasn’t going to pick Oklahoma State because we were just a better program at the time than everybody else that was recruiting him,” Boynton said. “Many of the other schools had better recent success to sell to him, but he believed in the vision and he believed in himself that he could accomplish all of those things here.

“I think if we go back and look, there’s a lot of those boxes that got checkmarks by them of things that we actually did do because we stuck with the plan. It was pretty intentional, and I’m glad today was another box that we could check off. Today was apart of it, announcing this, getting to the NBA workouts and ultimately getting drafted. And not just getting drafted, he’s going to have a heck of a career playing basketball in the NBA.”

Since Cunningham got on OSU’s campus, he has spoke highly of how genuine Boynton is. The relationship the two built wasn’t even broken with a potential postseason ban from the NCAA.

Boynton being genuine is something Cunningham’s mother, Carrie, also noticed. Throughout his time in Stillwater, Cunningham has said that Boynton didn’t “sell him a dream,” something he said his mother pointed out to him.

“She never liked when she felt like she was being sold something,” Cunningham said. “If an assistant coach or a head coach was acting like a car salesman and trying to pitch something to her all the time, she just has this … I don’t know what it is. You know how moms are. She just had this touch, like they know. They have a feel for things. Nobody ever got that feeling from Coach Mike.

“… I feel like that’s somebody that I wanted to be around for college, and once I was around, it’s not like I have super high expectations because he was just selling me a bunch of fantasies. I kind of knew coming in I was going to have to work for everything, and I wasn’t surprised by anything. I think that’s the biggest thing that helped me coming in.”

Through a narrow lens, Cunningham leaving, though expected, hurts the Cowboys next season. He was the best player on the team and might have been the best player to play college basketball this season, so losing him would obviously hurt.

Through a more broad lens, though, Cunningham proved OSU and Boynton legitimate. Historically, when the nation’s top high school recruits go to a non-blue blood, it doesn’t always work out for myriad reasons. James Wiseman (Memphis), Michael Porter Jr. (Missouri) and Ben Simmons (LSU) were all guys who took an alternative route but didn’t necessarily have the successes that Cunningham and OSU did this season.

As Cunningham goes onto the NBA, “Oklahoma State” will forever be in his lower-third graphics and on his player profiles, and it came after a year where OSU, Boynton and Cunningham were all successful.

“We’ve got a blueprint a little bit now when we’re having those conversations, but it’s still got to fit,” Boynton said. “The best player in the country isn’t always gonna fit what we do, whether it be what their approach is to this … it only worked because he was bought in. If he’s not bought in and winning isn’t a priority, we have no chance because it sets a bad example, and now you gotta deal with that residue for a while. We’ve seen that before. Programs haven’t been able to have success with guys as talented as he is because it was about the individual.

“As much as we had a responsibility to help him maximize it, he had a responsibility to our program to help do exactly what we did: reestablish that Oklahoma State’s a basketball program that’s relevant nationally and if you are a big-time player and you want to play in an environment where people care and play in a really good league and still have a chance to become a pro, you can do that here.”