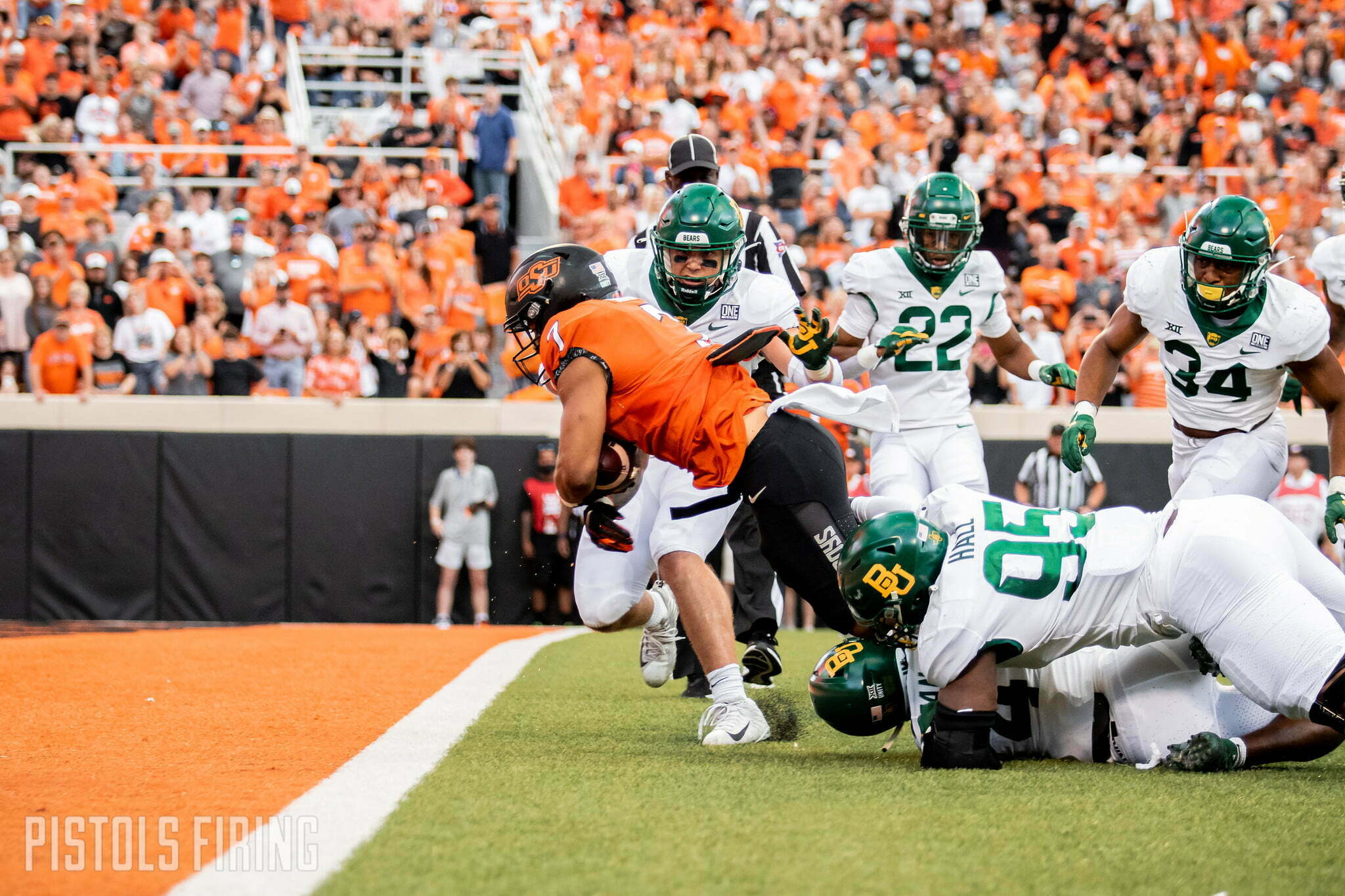 There are only two remaining undefeated teams in the Big 12 — both from Oklahoma — but Oklahoma State nonetheless still only has the third-best odds of winning the College Football Playoff this season among teams from the league, according to updated odds from Vegas Insider.

The Cowboys are 80-1 (+8000) trailing by a healthy margin to OU (14-1) and Texas (40-1). It’s still pretty good odds, though, given the context. Only Georgia, Alabama, Ohio State, OU, Michigan, Iowa, Texas, Penn State, Cincinnati, Oregon and Pitt currently have better odds, putting OSU at No. 13 on the list. This after starting the season as an unranked team further makes my case for why Mike Gundy might be putting together his best coaching performance ever.

There’s probably good reason why OSU’s odds are still long, at 80-1, despite being 5-0 entering the bye. OSU’s offense has not been particularly impressive, which is probably the big reason. But there’s also this: Three of the next four games in league play are on the road. That doesn’t include a season finale showdown against OU in Bedlam, where the Pokes are likely to be big underdogs. I wouldn’t go mortgaging my future on 80-1 odds, but it does signal that sportsbooks are taking OSU’s surge seriously enough to be in the top-10 conversation. That’s a place I don’t think anyone expected OSU to be in after opening the season with lackluster performances against Missouri State and Tulsa.