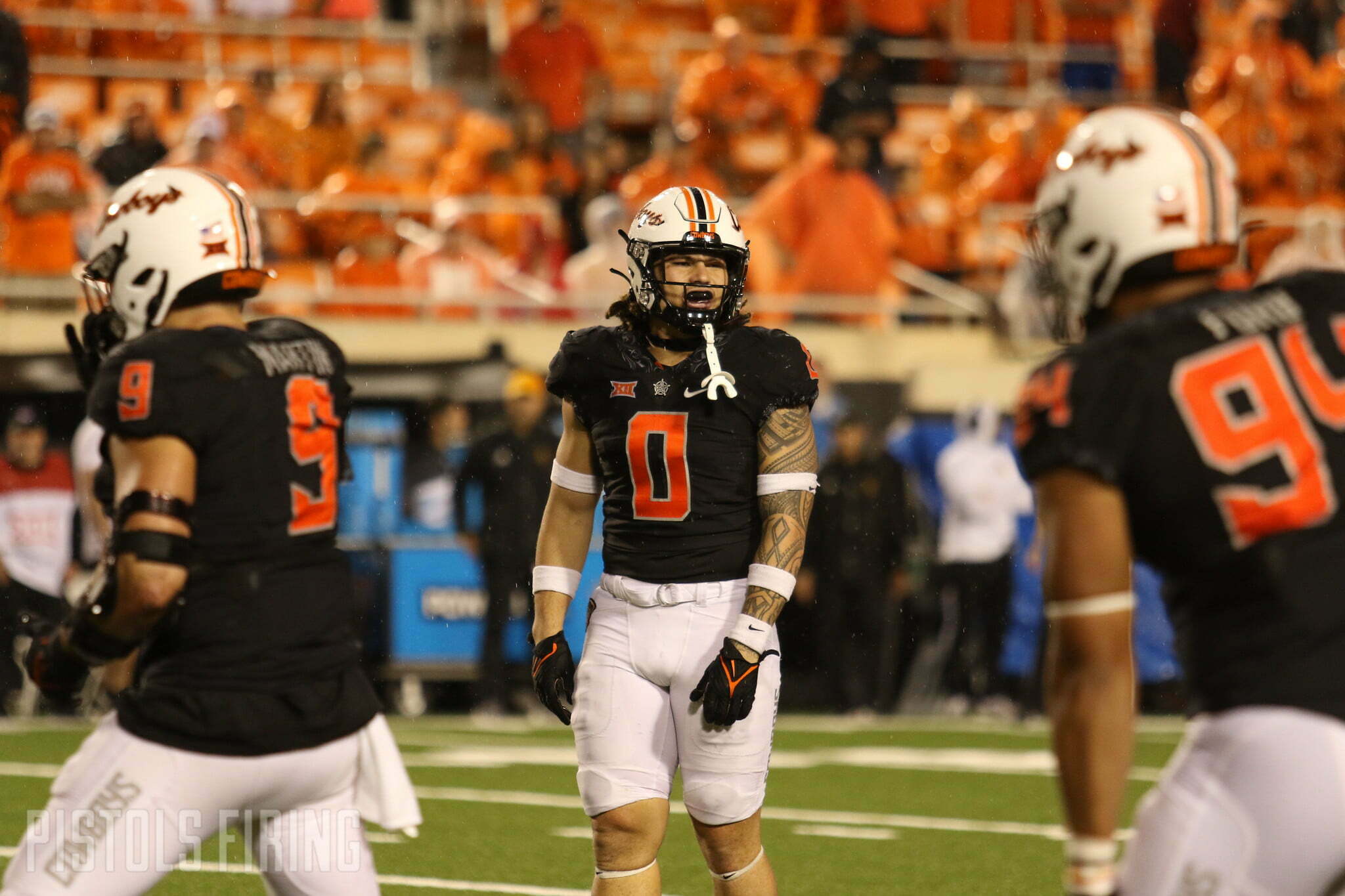 Oklahoma State’s 2021 defense was one of the elite units in the country and one of the best (if not the best) defenses in school history. Then it said goodbye to half of its starters, virtually all of which are in the back end of the defense. The Cowboys may be deeper and more talented along the defensive line thanks to the return of Trace Ford, but only one player that lines up behind the line (safety Jason Taylor II) returned as a regular starter.

So, attrition led to miscommunication, and green players gave up big plays.

The Cowboys gave up 44 points to Central Michigan and then tightened up to allow just 17 against Arizona State, though there were still plenty of chunk plays allowed. Now, heading into the final nonconference game against an opponent that can put up points, albeit an FCS team, the Cowboys will get another chance to polish their defense before the fun really starts.

“We don’t really look at it as pressure,” said first-year starting safety Thomas Harper. “I try not to listen to the outside noise because, internally, we know what we need to fix. Like I said, the communication is definitely a big part and we know that so we’re going to get it cleaned up and continue to just improve on that each game.”

Communication was the talk of fall camp and, thanks to those early defensive growing pains, will likely continue to be an ongoing theme throughout the season.

“And I said this last week, but just as a reminder, those guys that were playing linebacker and those safeties last year that played for us played a million games,” said Gundy. “So their communication was somewhat just a given. These guys are learning that. And so it was better, but we still have to improve on it.

“And the other team knows. I mean, they know exactly what the issues are. Most coaches can identify youth on either side of the ball and they’re going to go right out. It’s just like — you watch an NFL game, corner leaves the game or safety leaves game, it won’t be but two or three plays and they go right after that guy. Tom Brady and those guys, that’s exactly what they’re going to do. I watched it last night in the fourth quarter. In that game, Dallas showed certain things and he saw it, two out of the four plays in a row and he checked to the speed cut by the inside receiver, when he saw man-coverage. He was covered up on the safety and he hit it twice. Same thing the coaches do at this level.”

OSU did hold Arizona State to just 17 points, and the Pokes’ ability to limit teams on third downs has carried over from last season into the first two games. OSU is actually limiting teams on the money down at a higher clip than it was at this point last year. But for the Cowboys to get where they want to be, that group is going to have get seasoned, and quick. After UAPB is a bye week, then a trip to Waco for a Big 12 Championship rematch with Baylor. But Gundy is hopeful that they can get there.

UAPB dropped 76 points last week (even if it was on an NAIA school), so if there is any FCS offense that can provide some quality reps for the Pokes’ defense, the Golden Lions fit the bill.

“We were better at communicating — I mean, you guys watched the game,” said Mike Gundy on Monday. “In the first game, we left gaps open multiple times. Turned guys loose in the red zone in coverage, we were much better. We still have a ways to go. But we’re improved. I’m pleased with the improvements we made from Week 1 to Week 2.

“But those improvements aren’t to a point now to where we can be successful for the remainder of the year. We need more improvements this week.”