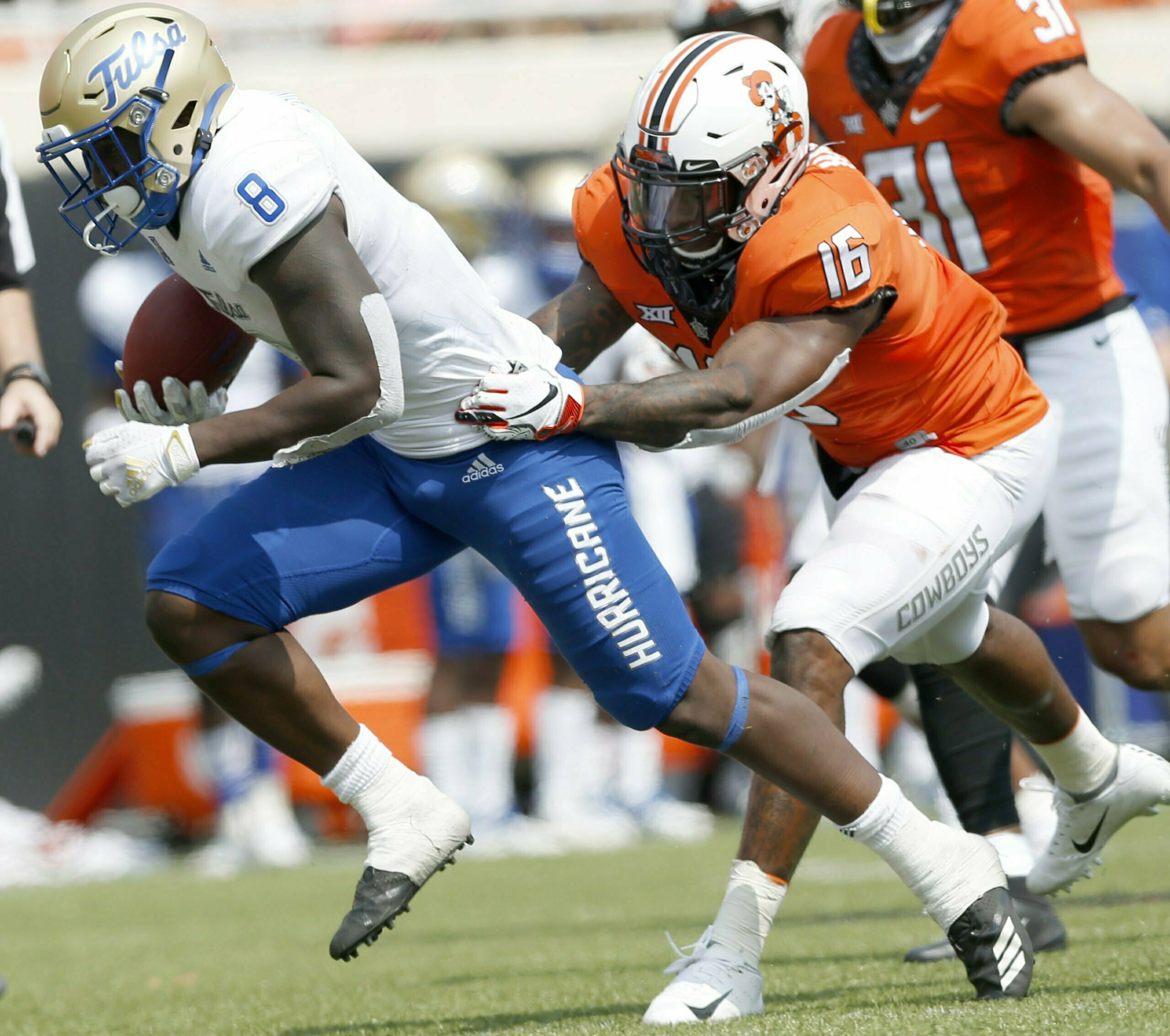 Saturday was the fewest amount of yards and points the Cowboys have held Tulsa to in the Mike Gundy era.

Oklahoma State’s 16-7 victory against the Golden Hurricane was the fifth time a Gundy team has played TU. It was also Gundy’s fifth win against the in-state rival, but this win came much differently than the others.

To add to the impressive statistics, OSU’s defense held Tulsa to 0-for-11 on third down and 1-for-4 on fourth.

“That’s not only great effort, but it’s everybody being in the right place,” Knowles said. “The fact that we knew where to fit, what to do, how to defend in all of those critical situations, it really shows a maturity and great experience. I feel like that’s what really won us the game.

“We wanted to get a couple turnovers, you always do. We didn’t get that done. And I thought our pressure on the quarterback wasn’t good enough. We generated some through some blitzing, but I think we gotta keep working on that. But I thought our coverage was great all day. One route against Tanner [McCalister], but he was there. Quarterback [threw] a hell of a ball. Then the one Kolby [Harvell-Peel] undercut it. I just felt we were all over them in coverage.”

The Cowboys did force one turnover, a late interception from Kolby Harvell-Peel, but they did sack Zach Smith only once, but it was a big one.

In the fourth quarter defending a 6-point lead, OSU’s defense gave Tulsa no hope of a go-ahead score. Malcolm Rodriguez ended the would-be go-ahead drive with a sack on fourth down, giving OSU’s offense the ball back on TU’s 2-yard line.

It wasn’t the only time Knowles’ group was good under pressure.

At one point, Tulsa had a first-and-goal on OSU’s 4 and ended that drive with no points. On third down, new starter Tanner McCalister made a diving deflection in the end zone, and TU missed the ensuing field goal.

McCalister was in coverage for about seven seconds.

From most all accounts, OSU’s defense is the reason the Pokes are 1-0 in 2020. It’s inconceivable to believe that a Gundy-led team will look like this offensively all season, so when OSU does start putting points on the board, things could get interesting.

“To be a great defense, to be a contributor to a championship team, you can’t be one-sided,” Knowles said. “Regardless of how the offense does, we have to learn how to win games on defense. I think we did that. I think you saw that at the end of last season, and now you saw it today where guys stepped up and took it into their own hands.

“Our offense is gonna get going, and they’re gonna get it going. When we do, I think we’ll really be dangerous because we’ll play off each other.”