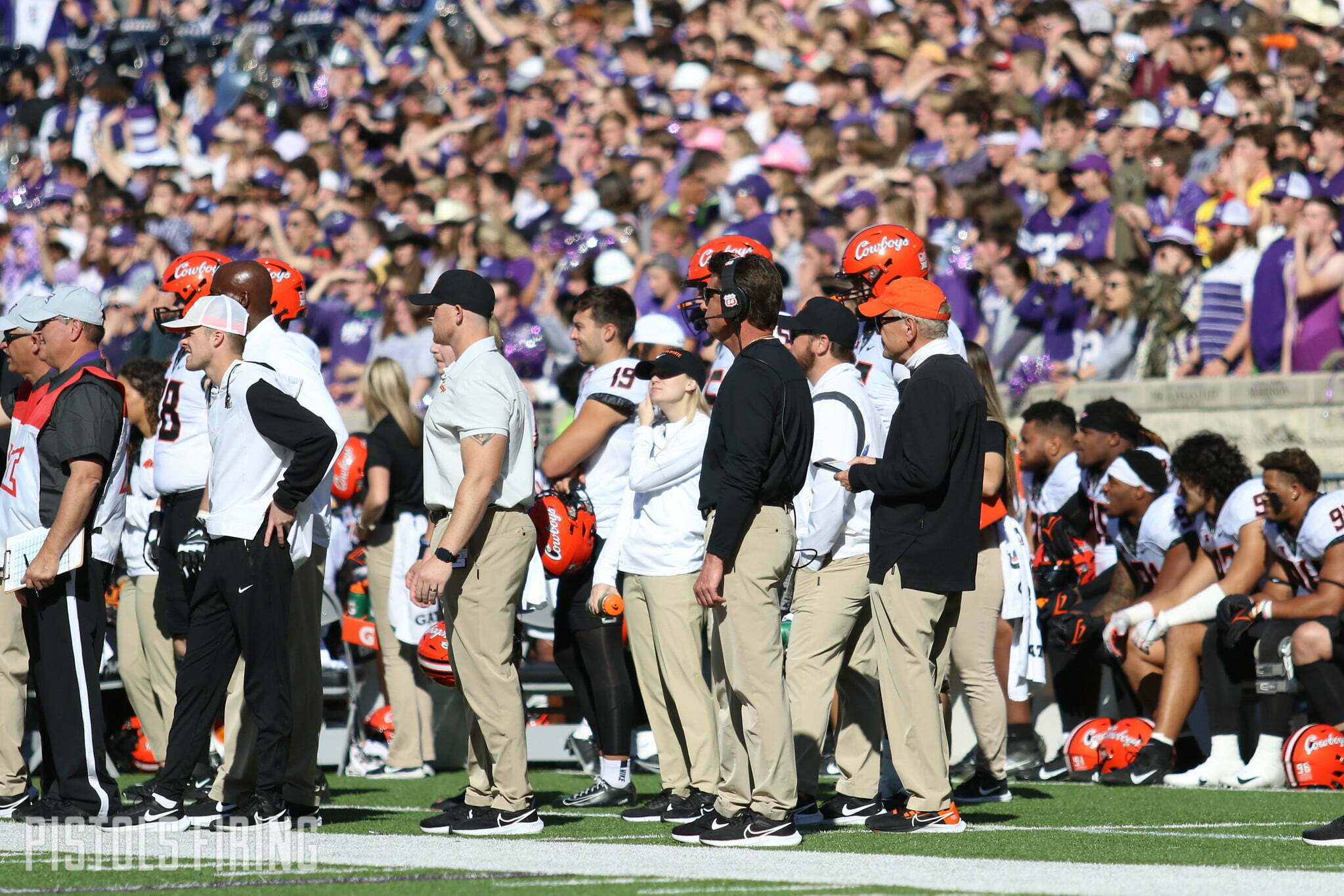 Mike Gundy has coached Oklahoma State in 226 career games now, but none of them turned out more lopsided in a loss than the one his Cowboys suffered on Saturday. Their 48-0 defeat set a new Gundy-era record for largest margin of defeat, besting the previous record set in 2005 — Gundy’s first year — when they fell by 39 points to Texas A&M.

The circumstances make it even worse: OSU is the first top 10 team in the AP poll since 1968 (!) to suffer a 40+ point shutout loss. It’s the biggest margin of defeat for the program since 2000, when it lost 58-0 at Texas Tech, its first time to be held without a point since losing 27-0 at OU in 2009 and its worst loss ever to Kansas State. Which, as you can see from the chart below, is actually saying something.

Here is a look at the full list of largest margins of defeat — those by 20 or more points — since Gundy took the reins of the program. The chart below is sorted from largest margin of defeat to smallest.