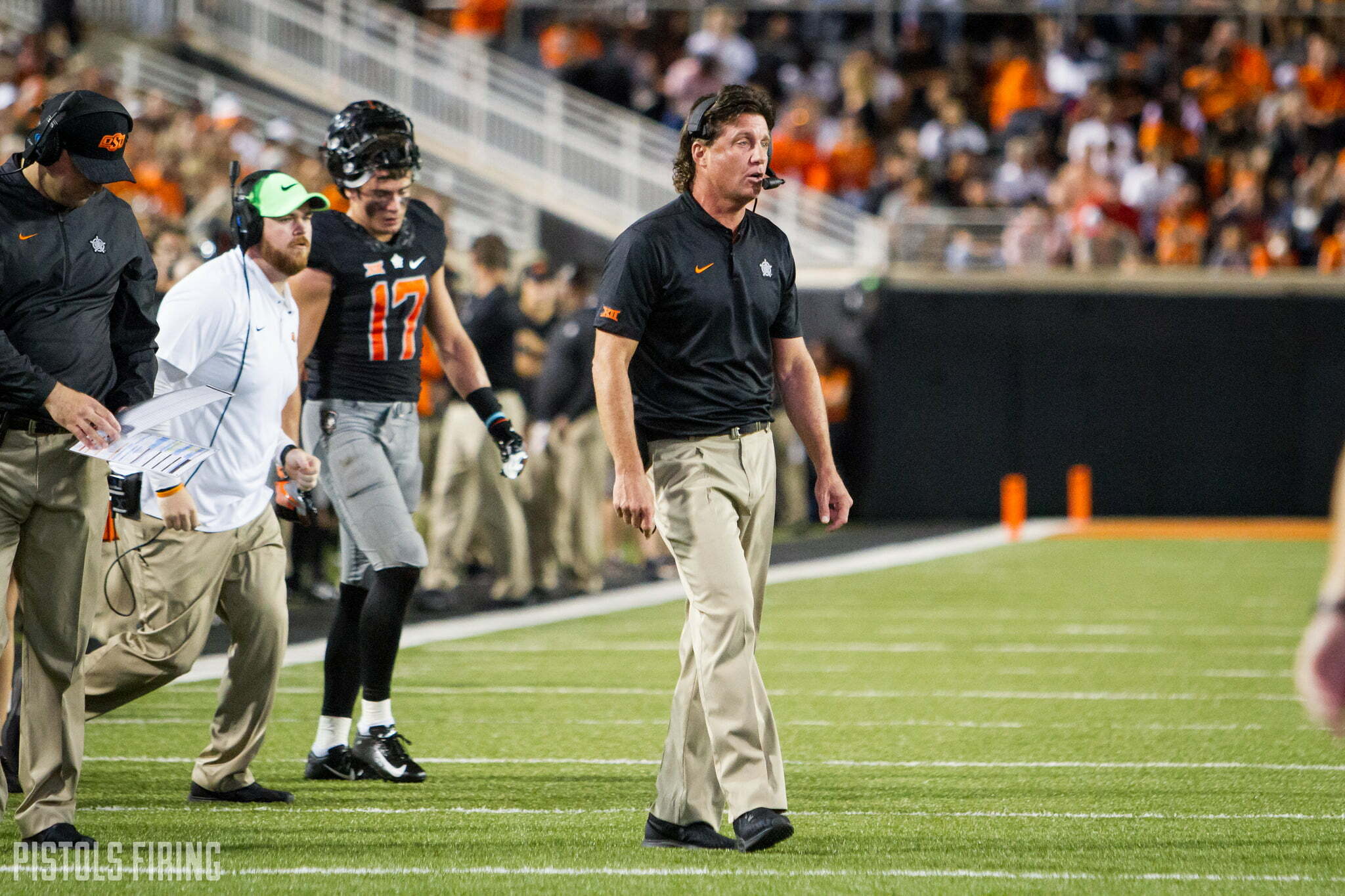 Two of the more concerning revelations to come out of the blowouts during OSU’s two-week cupcake eating contest are 1) how horribly inefficient the special teams are and 2) how many ghastly penalties the Cowboys have committed.

After OSU’s 55-13 blowout of South Alabama, Mike Gundy cared more about enjoying his smoothie than heaping praise on his team.

“We just need to clean up our turnovers and limit the number of penalties we have,” said Gundy.

On Saturday, Oklahoma State committed nine penalties for 112 yards and lost the turnover battle 1-3 while giving up six points off those miscues. Predictably, OSU’s head coach was “not excited” about his team’s lack of discipline or the 15-yard penalties they gave up.

Of the nine accepted penalties against them, seven either cost the Cowboys 15 yards or split the difference to the goal line. That’s not the type of real estate you can normally afford to give up, and it’s not the type you want to give up against a team like Boise State.

“Anytime you play a good team, those mistakes get maximized,” said Gundy. “You can’t get behind the chains, no penalties, no negative yardage plays. You want to stay on schedule. You want to play with tempo. All of those things that make good offenses good.”

Last year, Oklahoma State finished second in the Big 12 (and in the top 40 nationally) averaging just 5.1 penalties per game with an average cost of 45.5 yards. Through two games that veteran-led group committed a total of nine turnovers for 76 yards.

In just two games so far in 2018, the Cowboys have committed 16 transgressions for a whopping 167 yards. That’s simply not sustainable for a team that’s likely to take a step back on offense this year and still wants to be relevant come November.

The subject of ball security is also a touchy one in Stillwater. OSU heads into Week 3 minus 2 in turnover margin, its worst start since 2012. That’s good for T-97th nationally. If it weren’t for an uncharacteristic start from Kansas State (minus 4) OSU would be tied for last place in the Big 12.

The good news — at least in the long run — is that Oklahoma State is fairly young on both sides of the ball, returning a combined 12 starters, and has been breaking in several newcomers all over the field this year. The bad news? College football seasons aren’t training wheel-compatible and you are what your record says, regardless of the excuses.

So far the Cowboys haven’t been burned by their transgressions. They’ve been able to out-talent the competition making up for their sloppy play. But starting on Saturday that margin of error becomes much, much slimmer.