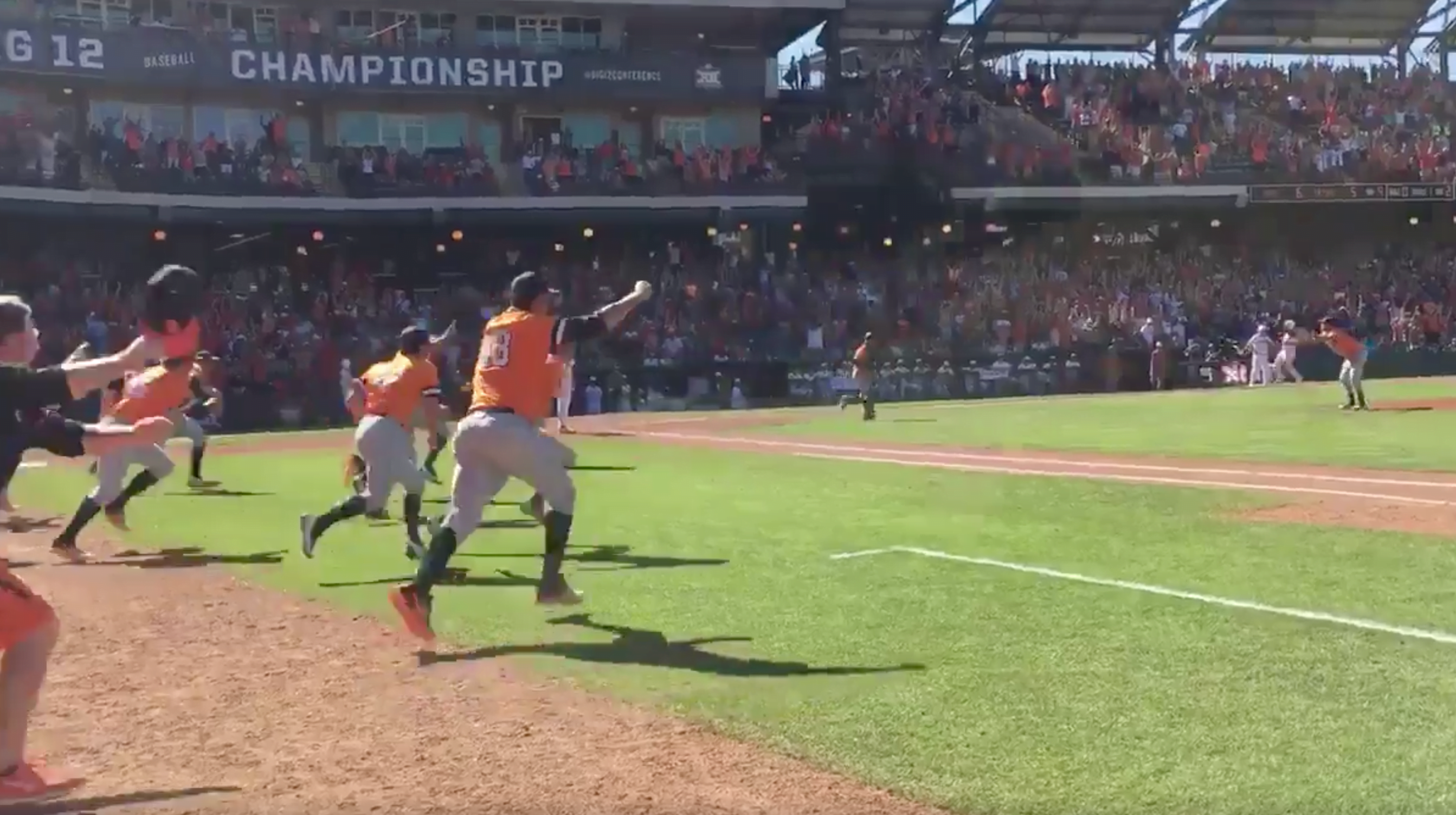 Oklahoma State improbably won the Big 12 Tournament on Sunday in Oklahoma City over Texas 6-5 and moved on to the NCAA Regionals despite barely finishing over .500 in the regular season. It was an unbelievable four-game run that culminated in one final Texas at-bat. Carson Teel was on the bump. David Hamilton was at the plate.

Teel got him, and a stadium full of bright (not burnt) orange went bananas. My favorite part of all the reactions? How about Teel not even looking to see if his shortstop caught it. He just stared at the dugout and embraced their charge.

What a moment. What a weekend for the Cowboys in OKC.

I should also note here, Dobbs pulled the ultimate veteran move here by pocketing what is sure to be a baseball that OSU will want for Heritage Hall some day. OSU became the first No. 8 seed or worse to win this tournament and took home its first Big 12 postseason crown since 2004.

WE ARE THE BIG 12 TOURNAMENT CHAMPS!!!!! pic.twitter.com/hkAbpZkf5F

OSU defeats Texas and gets into the NCAA tournament. #OSUCowboys #Big12 pic.twitter.com/B5rVLCYrwc

FINAL: #OKState 6, Texas 5
The Cowboys are the first eight seed to ever win the #Big12BSB tournament. pic.twitter.com/eNdMTG2d9N

Six straight wins to win the #Big12BSB Championship and qualify for the NCAA Tournament.#OKSTATE WAS THE EIGHTH SEED. pic.twitter.com/vn5UxhIxTP