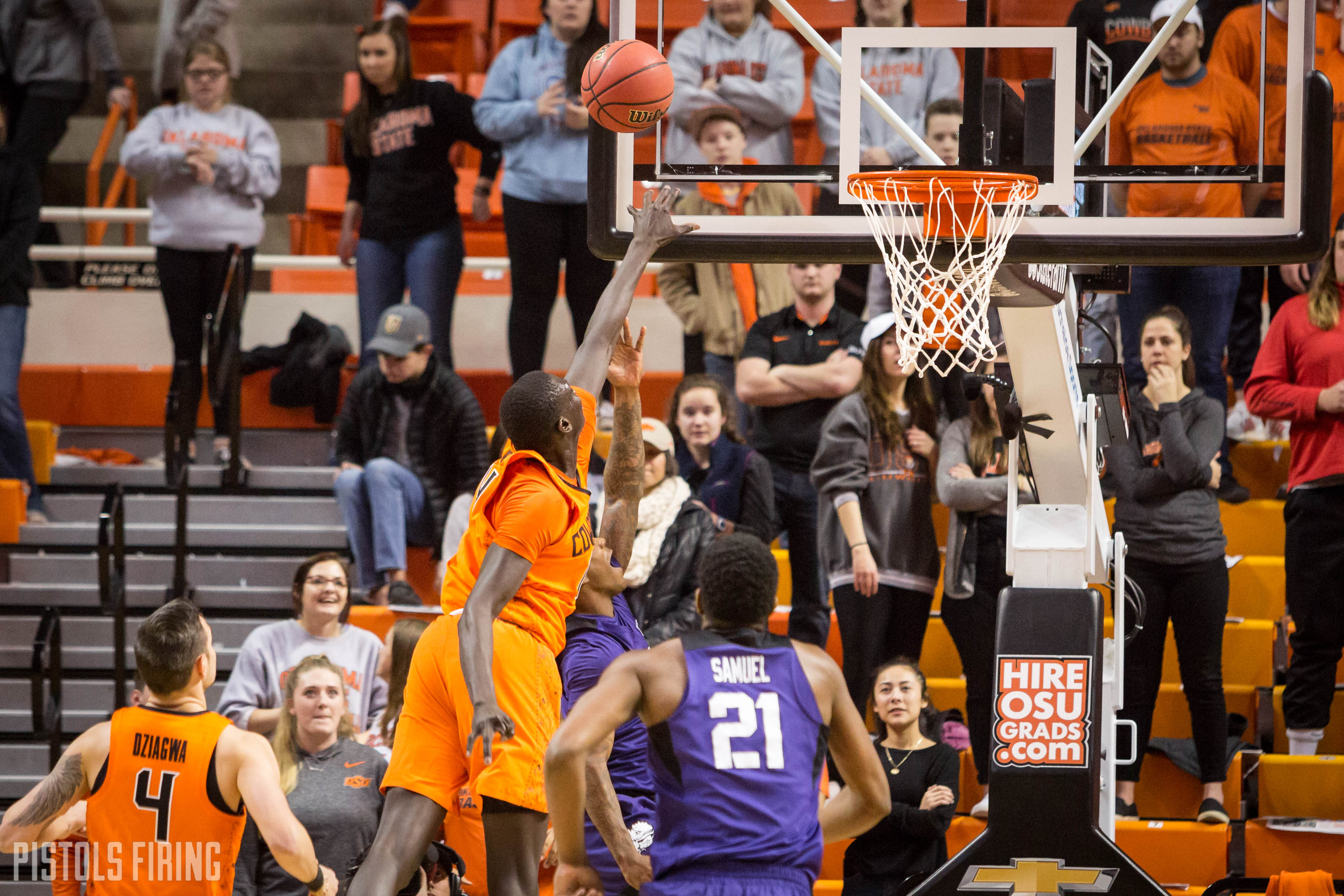 The Cowboys’ victory Monday night was a long time coming in a few ways.

A broad look might show the Cowboys’ 68-61 victory against TCU as an upset, but it might be better looked at as an OSU breakthrough.

“There’s still a lot of basketball to play,” OSU coach Mike Boynton said. “In a lot of ways, and probably for a myriad of reasons this team was written off and given up on about a month ago, and they never stopped working. They never stopped showing up and doing their jobs, so I was really proud of them for continuing to do that.

“Because, you know, you hear it so much it’s kind of human nature that you maybe start to believe it a little bit, but tonight and the last several games other than Tech and maybe the second half against K-State, we’ve been in all of these ball games. These kids have played with a grit and toughness and resiliency that any coach and our fans should be proud of.”

It’s not like Boynton’s comments were a spur of victory ordeal, he has gone on during this rough stretch that his team hasn’t given up.

After the Cowboys’ loss in Lawrence, only a few days removed from losing at the buzzer to TCU in Fort Worth, Boynton was asked if it’s at all getting harder to keep players’ heads up.

“If their heads are down and they don’t feel like they can play, I would advise them not to show up to practice,” Boynton said. “In our program, when you show up, you’re going to do your job at a high level every single day. You’re going to compete to try to win because it’s not about you. It’s not about how you feel. It’s not about how I feel. We don’t represent just ourselves. We represent a lot of people out there who expect to see a certain level of effort, and eventually, they expect us to win some games too. But for right now, the effort must continue to be there.”

A week later, Boynton stood in the visiting locker room in Austin after another pair of losses and told his team: “Keep banging on the door and eventually you’ll knock it down. When you knock it down, you run through it and never turn back.”

Is the door knocked down? It might be too soon to proclaim that, but the Cowboys have at least cracked it open. TCU is a struggling bubble team, and the Cowboys’ upcoming schedule includes games against Kansas State, Texas Tech, Kansas and Baylor. Those are four of the league’s top five teams. That all leads up to a senior-less senior day game against West Virginia that could determine whether OSU enters the Big 12 Tournament as the nine seed or the 10th.

A few more thuds on that proverbial door could move OSU up the conference standings, though. A struggling OU team is only a game up on the Cowboys, and TCU is only two. It’s unlikely OSU picks up any victories in its next four games, but maybe that door did fall Monday night.

“It just shows that we’re capable of winning,” OSU junior Lindy Waters said, “so why can’t we win every other game?”