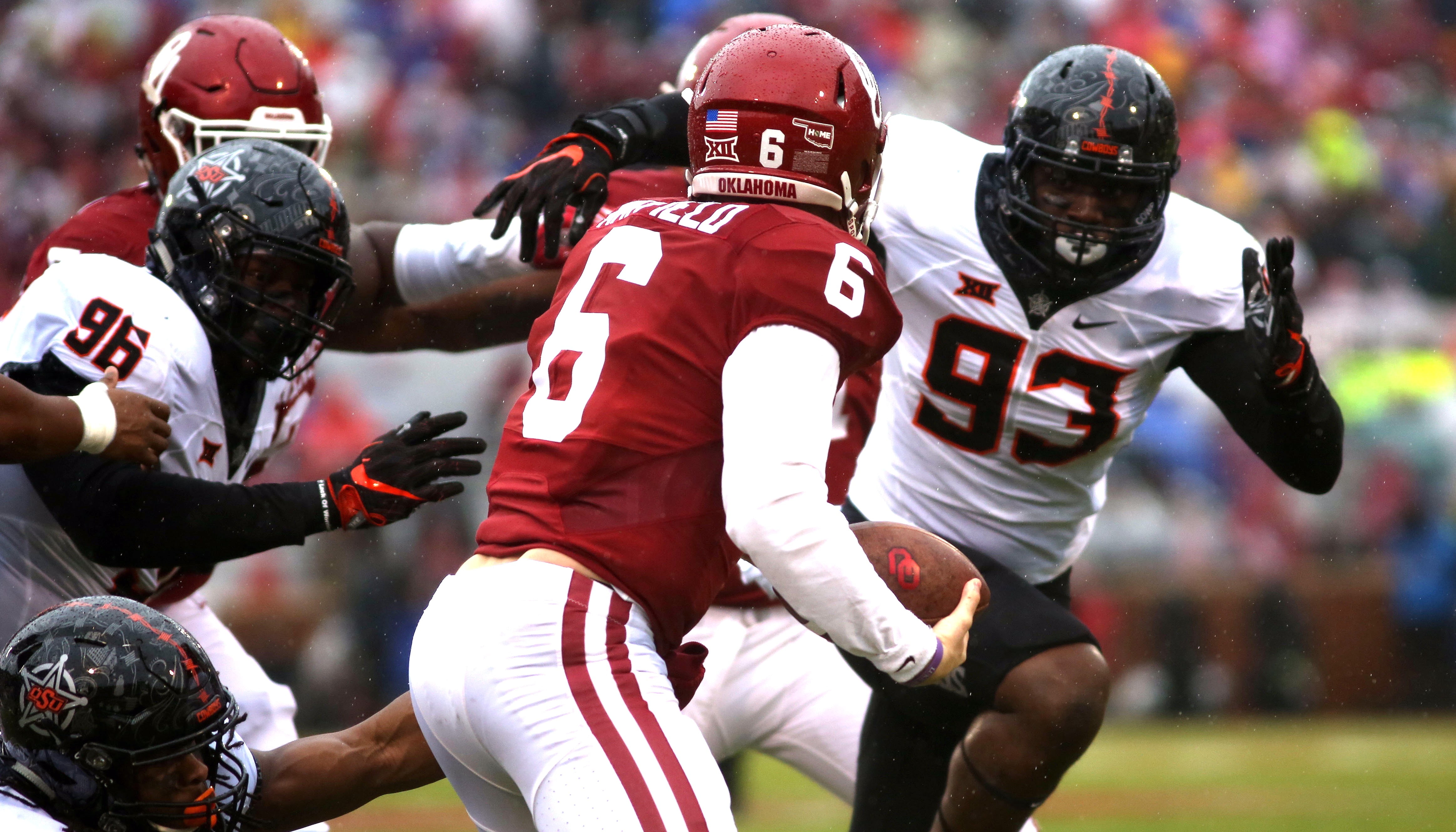 Oklahoma State and Tulsa have just eight 10-win seasons a piece in their 188-year collective history of playing college football. OU has 37. Only once have all three won 10 or more games in a season. Well, until this year.

Oklahoma State touched off its 10-win season with a 38-8 win over Colorado in the Alamo Bowl. Tulsa got its 10th win with a victory over Central Michigan in the Miami Beach Bowl. And OU notched win No. 11 in the Sugar Bowl over Auburn. A combined 31 wins for the only three D1 teams in the state.

How we feeling, state of Texas?

Not great, eh? The record for wins by the three Oklahoma schools in a single season actually came back in 2010 which is the only other year in which all three scored 10-win seasons. OU won 12 that year. OSU won 11. Tulsa won 10. A total of 33. A record that might never be broken. The three schools came close this year, though, with 31.

#Sooners #okstate #TulsaFB OU, OSU, TU now have a combined total of 98 bowl appearances, but all three were winners only in 2010 and 2016.

Mike Gundy has noted repeatedly that Oklahoma high school players continue to get better. Of course, all three of these rosters have plenty of Texas players as well.

“What’s encouraging for the state of Oklahoma is for a considerable number of times over the last five or six years, [OU and OSU] have gotten together to decide a conference championship,” said Mike Gundy before Bedlam a month ago. “And Tulsa, Tulsa’s having a great year. You have three schools that are having fantastic seasons, have very exciting players and give the state a lot to think about.”

They’ve given the state of Texas a lot to think about, too.