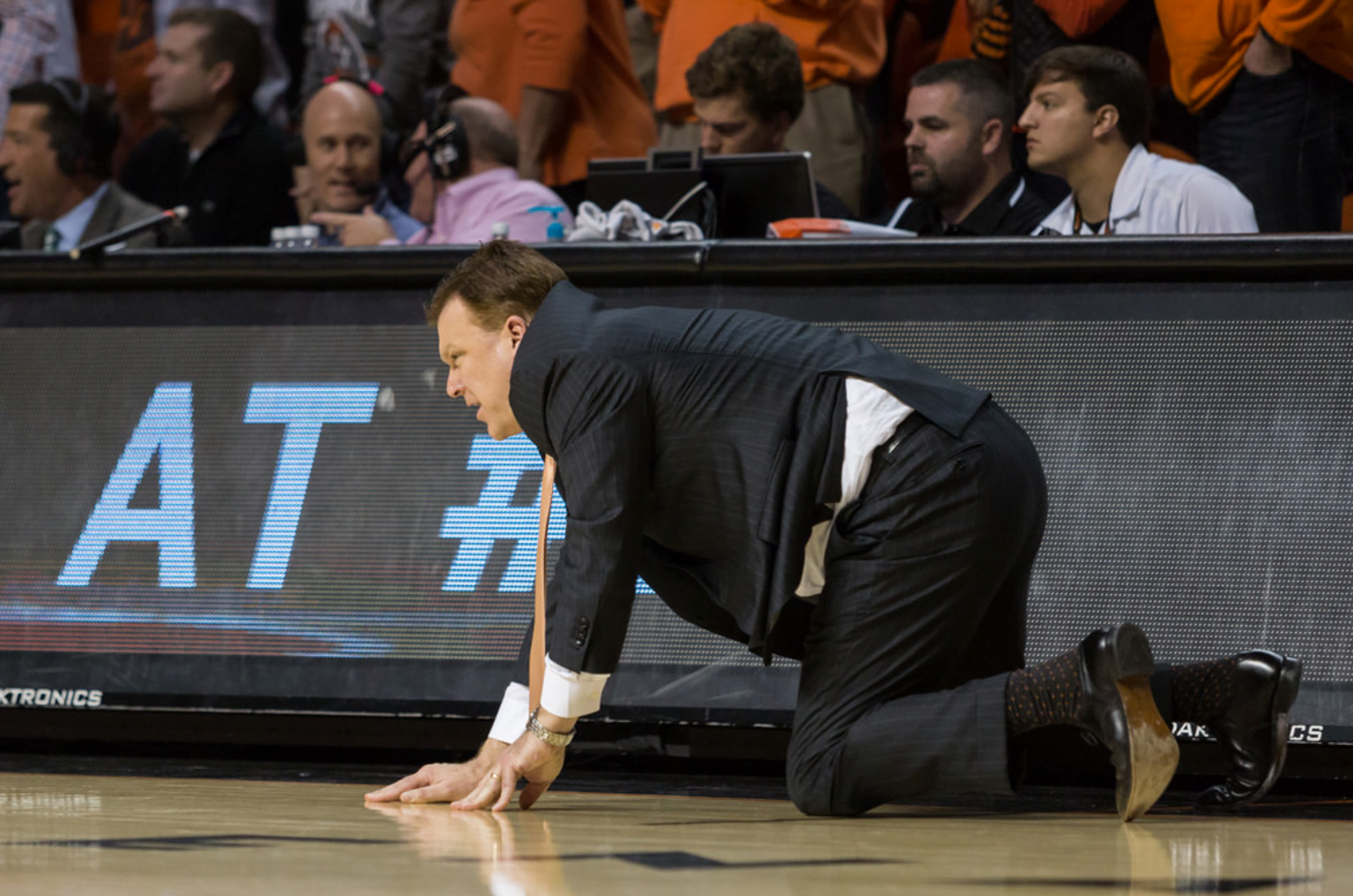 OSU has a dirty little athletics secret. OU has run the show when it comes to football historically. This is not a surprise and it has not been veiled by anyone on either side of this rivalry.

But what if I told you OU has been the more dominant team in hoops, too?

It doesn’t end there. In eight years as the head coach of Oklahoma State, Travis Ford faced Oklahoma 19 times including in the Big 12 Tournament. He went 6-13 against them including seven straight losses to end his tenure. He never swept them. He never beat them in Norman.

Some of this is because Travis Ford was not a very good coach. A lot of it is because beating OU in any sport with any type of players running around is downright difficult. I’m convinced OU could roll out a team of pre-pubescents randomly selected using the “near me” feature on Lon Kruger’s iPhone and contend with Oklahoma State in basketball.

And you know they would all have career highs. For reasons unknown, OU has been outstanding in this series, even when Oklahoma State has had seemingly better teams.

On Saturday though, after a 96-92 thriller that OSU took, Brad Underwood joined a list of just four OSU coaches who have swept Bedlam in a single year.

That is heady stuff. OSU got its first sweep of the Sooners since 2004 (the Final Four year!) and just its fifth since Mr. Iba relinquished the white maple to his successor five decades ago.

The first thing Underwood said in his post-game presser was, “Now I know why they call it Bedlam.”

Saturday was a prime example. OSU trailed from the 14-minute mark in the first half until Jawun Evans hit this jumper with two minutes left.

“What a game,” Underwood said afterwards. “You have to give Lon Kruger and his crew a tremendous amount of credit. That’s a very very good Oklahoma team. They were tremendous tonight, they had great energy. Rashard Evans had a terrific night and he was a match-up problem.”

With the win, OSU climbed to 7-7 in the Big 12 Conference, just two games back in the loss column of second place.

“It is great just to share that moment with the fans after the game,” said senior guard Phil Forte who poured in 22 points to go with 2 assists. “The team–that is what it is all about. That’s what makes this moment so special. Oklahoma is a really good team. They are very talented, and that game could have went either way.”

As for that Bedlam sweep that had freshman Thomas Dziagwa (of all people) running around with a broom.

Thomas Dziagwa is literally walking around with a broom. This team, man. #SWEEP

“It cannot be any better than this,” said Forte. “We got two wins. Both games were a dogfight, and that is kind of how this rivalry is. We’ve been on the short end on the stick for the past couple of years. It’s always been close, and it could’ve gone either way. We were fortunate to be on the other side.”

And, with two wins in two tries against a bitterly impressive foe historically, OSU is fortunate to have Brad Underwood.