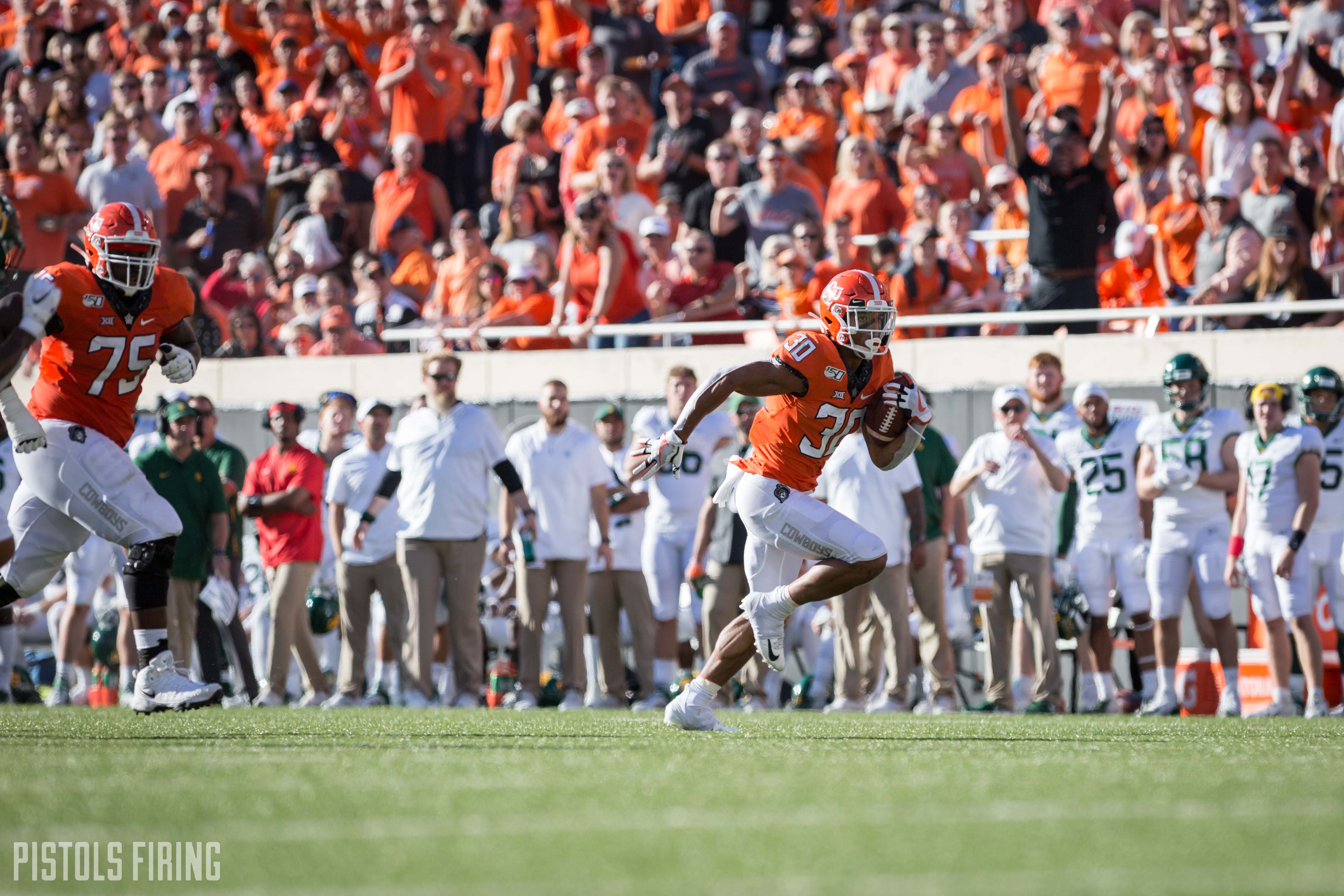 On Saturday afternoon, the infamous Sooner Schooner and its two-horsepower buggy took a hard left on the field in Norman, spewing out the passengers on board — and the carriage itself — onto the field. It was scary. It caused a brief delay in the game. And I can say this now that we know everyone, including the horses, are safe.

It was the exact type of incident that makes college football so fun to watch. Texas fans had fun with the crash-and-burn at OU’s expense, because that’s what Texas fans do. OSU fans were among those who piled on, too. Live look at OU in the College Football Playoff, said some, memeing the incident in real time. Foreshadowing of OU’s day others posited, as if the Sooners were going to slip up against West Virginia. (Alas, OU won 52-14.)

Maybe it was karma, because less than a few hours removed from the Great Horse and Buggy Crash of 2019, OSU provided us with an even more jarring crash-and-burn of its own. And OSU did it with no animal assistance!

The Cowboys dropped their second straight game to Baylor in a 45-27 defeat, and how can I sugarcoat it? It was disgusting. I was grossed out. Spencer Sanders completed 18 passes for 157 yards. Charlie Brewer completed five fewer passes for double that yardage. The best thing I can say about the defense was that it showed up for the game. But they didn’t, you know, show up.

The game was closer than the final 45-27 score would lead you to believe, but does it really even matter? Baylor did whatever it wanted down the stretch to wrangle the win away and spoil OSU’s homecoming. This was just the latest example in a long line of recent letdowns at home as a favorite. It’s no longer a surprise; it’s a trend.

#okstate as a home favorite …

“The wheels came off with nine minutes left,” said Gundy after the game, describing his team’s own Sooner Schooner-like meltdown in which it was outscored 21-0 over that span. “Had turnovers, which cost us touchdowns, and gave up three big plays.”

There was some good in the game, so don’t let me rain on the homecoming parade. Chuba Hubbard rushed for 171 yards on 32 carries, scoring twice. Jelani Woods (!) got heavily involved, finishing with five receptions, the second-most on the team behind only Tylan Wallace. And hey, time of possession went in OSU’s favor ever so slightly.

At home for OSU, it’s a surprise. At home for OSU in homecoming, and it’s embarrassing. But given recent trends we’ve seen from Gundy-coached Cowboy teams, perhaps we should’ve seen this coming.

The schedule doesn’t get easier from here, so consider this a major missed opportunity to reset post-bye week. On deck over the next 40 days is road trips to Ames and Morgantown, and home tilts against TCU, Kansas and OU. And when you compare the way OSU played Saturday with the way Kansas played Saturday, it’s hard to see a scheduled win left on the schedule.

I feel good about OSU rebounding. Maybe I’m an optimist, maybe I’m a moron. But I still think there’s a way to salvage what’s increasingly becoming a lost season. But on Saturday as the carriage was being ejected from the wagon in Norman, I certainly didn’t expect to see a more violently displeasing performance in Stillwater than the Sooner Schooner’s now-infamous crash and burn. But if it’s one thing OSU is doing head and shoulders better than OU right now, it’s crashing and burning in spectacular fashion.