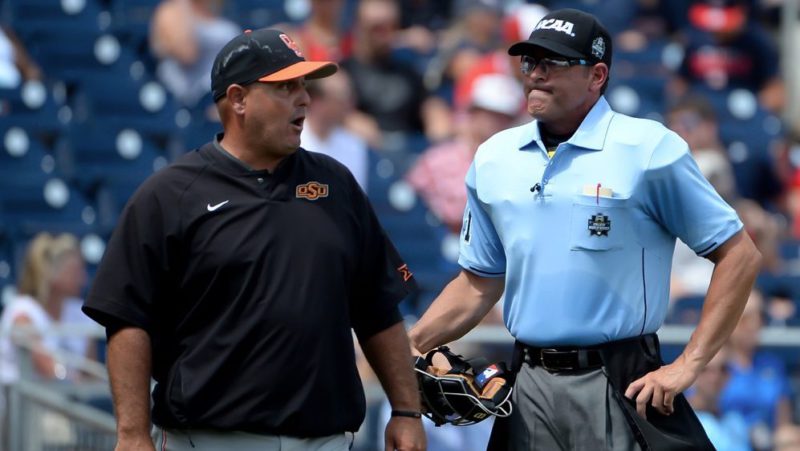 A couple of members of Oklahoma State’s 2018 baseball signing class were drafted during Day 1 of the MLB Draft on Monday night. Stillwater High School’s Ryan Vilade and Southmoore’s Conner Uselton both heard their names called. We spoke with Jacob Unruh of The Oklahoman about the pair on Monday and he predicted as much.

Vilade was picked 48th overall by the Colorado Rockies, which was the club’s earliest pick of the draft.

Vilade is the son of Josh Holliday’s recruiting coordinator James Vilade and has spent his childhood in the dugouts of both minor league and college squads. Vilade played shortstop at the prep level but projects as a second or  third baseman in the pros. After a brilliant senior season for the Pioneers — .405 batting average, 34 RBIs and seven home runs — Vilade was named the Gatorade Player of the Year for the state of Oklahoma.

Uselton had to wait a little longer to hear his named called. With the 72nd overall pick, the Pittsburgh Pirates selected the Southmoore outfielder.

Uselton is another big-league bat who sported a .467 average with seven homers and 30 RBIs. The Rawlings Perfect Game All-American was ranked No. 20 by Max Preps and No. 32 by Baseball America in their Top 100 high school rankings.

High school players that are selected do not have to sign. If they decided to attend a four-year university, they would be eligible for the draft again after their third year or once they reach the age of 21.

But according to the Denver Post‘s Nick Groke, Vilade’s decision has been made. “I’m a Colorado Rockie. I’m looking forward to starting my career,” Vilade said.

Great news for him. Bad news for Oklahoma State.