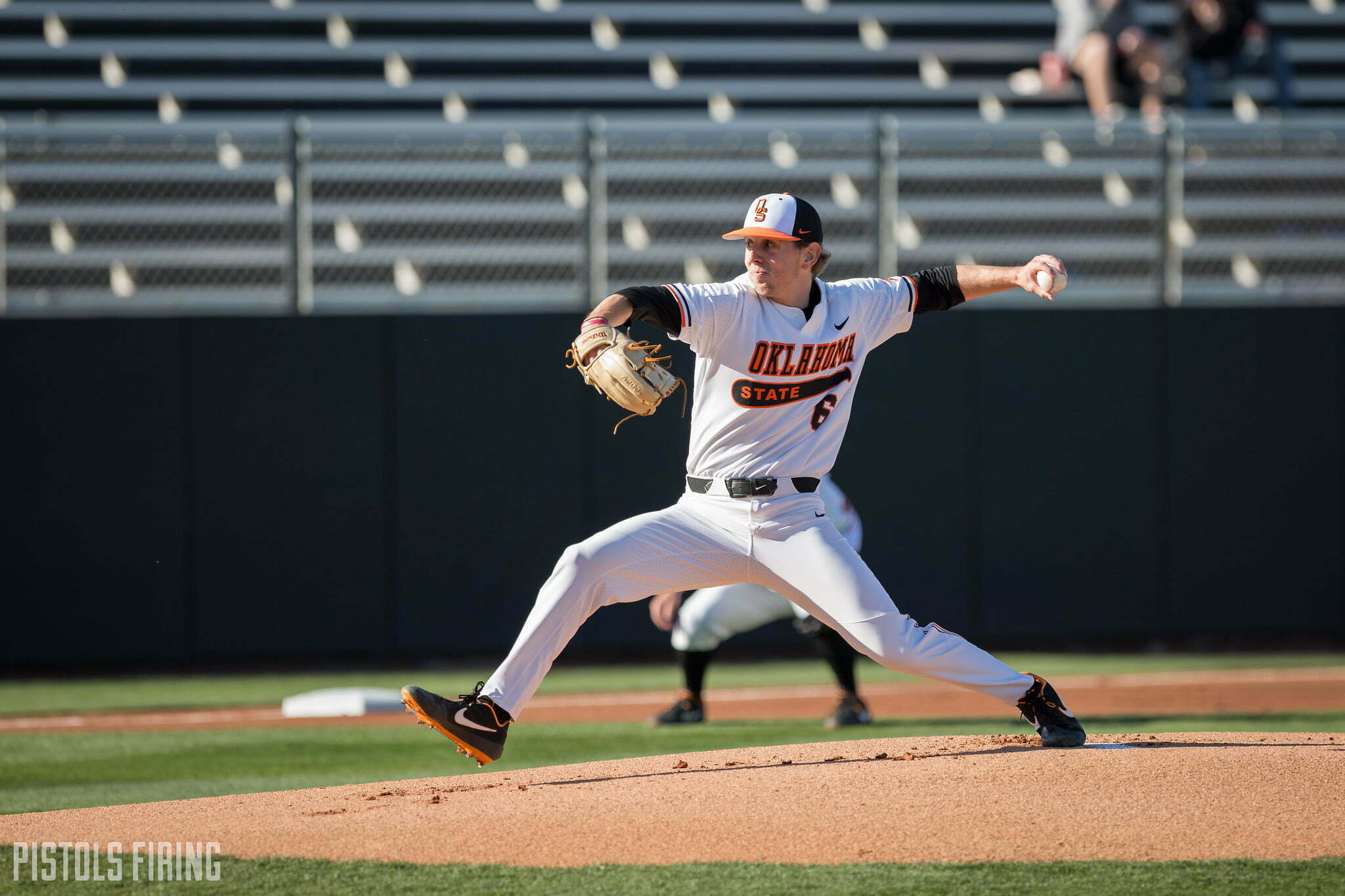 Oklahoma State is off to an early 11-5 start thanks in large part to its depth on the mound. On Monday a pair of Cowboy pitchers were recognized for their big weekend against BYU.

Parker Scott earned the Big 12 Pitcher of the Week while true freshman Justin Campbell shared the honor of Big 12 Newcomer of the Week. Each was instrumental in wins 1 and 2 in the Pokes’ series sweep of the Cougars in Allie P. Reynolds Stadium over the weekend.

Scott moved to 3-1 after striking out a career-high 13 in a shutout in the series opener — just three Ks from a school record. He allowed just two hits in seven innings of the Cowboys’ 2-0 victory.

Those two hits and his one walk all came in the first inning. Other than a hit by pitch in the fourth, Scott was perfect the rest of the way. The junior southpaw’s ERA dropped to 2.16 on the year.

Campbell earned his first win on the mound on Friday after an 0-2 career start. The rookie allowed no runs and three hits in eight innings, striking out nine. What’s more impressive is that the 6-7 freshman, who also DHs, is batting .400 on the season with four runs scored, three runs batted in and a home run to his credit.

Oklahoma State is back in action in Allie P. on Tuesday at 4 p.m. The Cowboys host Saint Louis in the first of a two-game tilt before Fresno State visits for a Friday-Saturday-Sunday series this weekend.