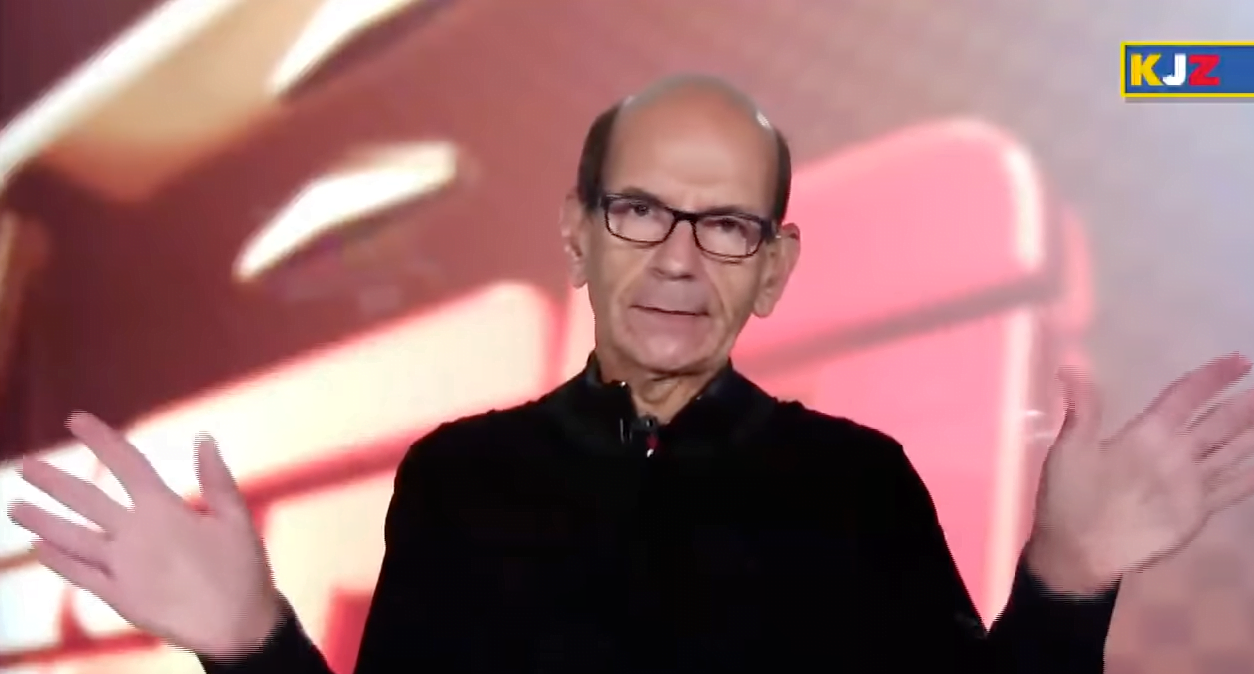 The big news over the weekend in the Big 12 was that the top of the league shot itself in the foot on multiple fronts. OU lost its second straight game. And that was preceded by an even more humbling loss to TCU for top-10 Texas, ensuring the two teams in the league picked to finish 1-2 got off to a miserable start in conference play.

The bigger news for OSU is that it is the only undefeated team left in the entire conference, incredibly. The door is open not just for Mike Gundy to win the Big 12, but for his team to make the College Football Playoff.

Paul Finebaum is on board with the idea that OSU is the Big 12’s final hope, but he’s not completely confident in the Cowboys.

“I have been accused of administering last rites to the Big 12 prematurely. This year it’s not premature. Oklahoma State is their only shot, and I don’t trust them at all. I think the College Football Playoff will be without the Big 12 this year and that means we’ll be without a big blowout in the first round. No big deal.” [Saturday Down South]

Finebaum added that if he took Texas seriously, he would consider them in the same category with OSU, but, “I haven’t taken Texas seriously since Mack Brown was there.”

“It’s Oklahoma,” Finebaum said. “Oklahoma has been to four of the last five College Football Playoffs. You have to take them seriously. You have to also say they’re not going back this year and neither is Texas. Probably the Big 12 is in deep trouble. The answer is pretty simple.”

That’s a pretty stunning lack of confidence in the only Big 12 team to have emerged unbeaten through three weeks of play, but perhaps his pessimism is well-placed. OSU hasn’t exactly faced a murderer’s row in the early going, and close, comfortable wins over West Virginia and Tulsa don’t inspire a ton of confidence (in the same way a blowout win over Kansas doesn’t either).

In the end, he’s right about one thing, it looks like the Big 12 is in deep trouble right now. Sans Oklahoma State, the league’s chances of making the College Football Playoff look increasingly dim.