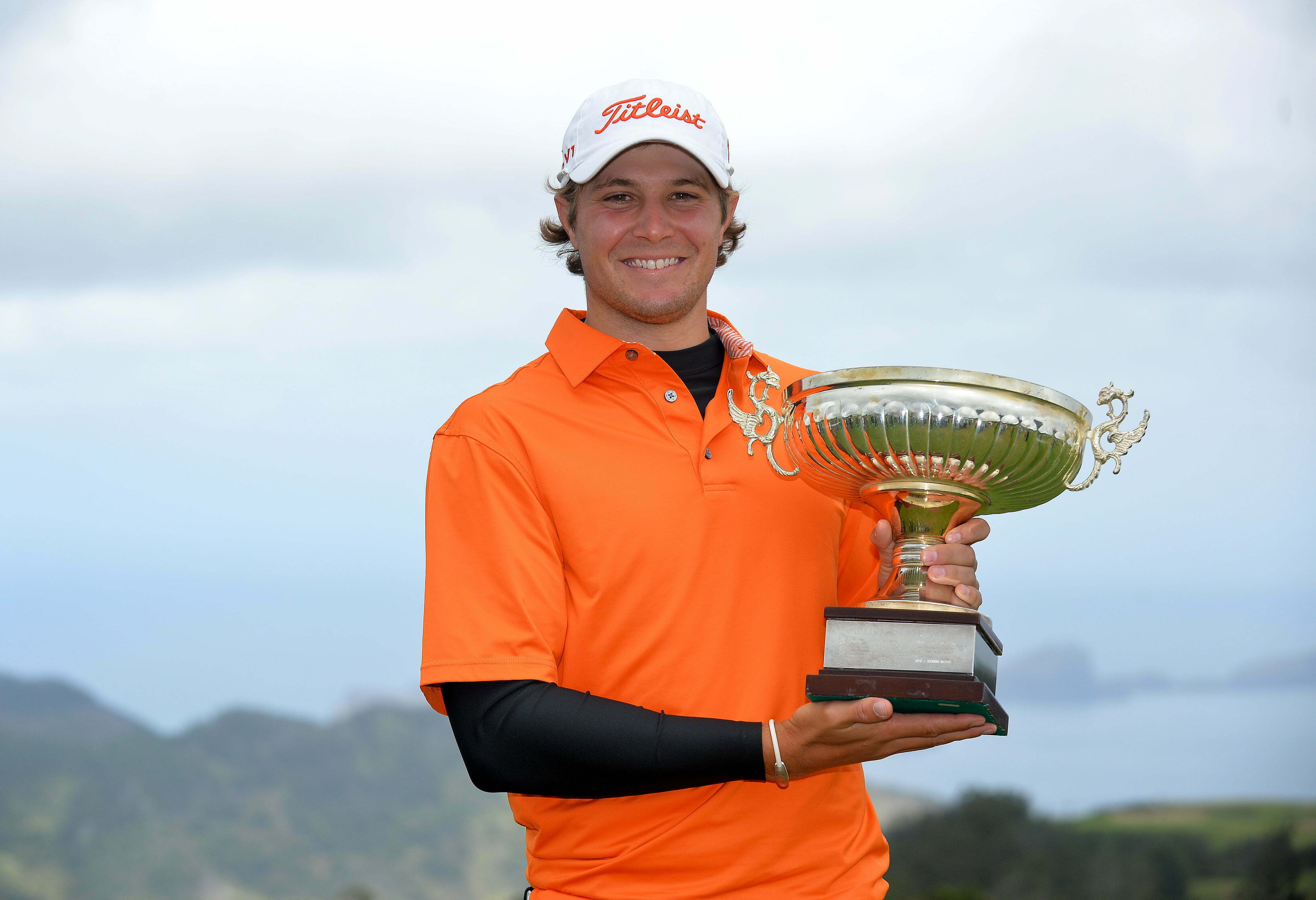 Non-PGA Tour events might not be a big deal to some but Peter Uihlein has been cutting his professional golfing teeth across the pond for the last two years. He’s been playing the Challenge Tour (Europe’s version of the Web.com Tour) as well as the European Tour.

He has received criticism for the move — starting in Europe — and as Doug Ferguson points out, he’s probably the first to try it right of college since Coery Pavin:

@grantboone out of college? Go back to Pavin probably.

Before today you could say it was working out pretty well. He was ranked 246th in the world and his best finish was a 4th place finish at the European Tour’s Tshwane Open.

But today, the move looks great.

That’s because Uihlein took home the Madeira Islands Open with a 32 on the closing nine holes for the two stroke win.

And is this good company?

It’s a difficult thing in this profession (that is, sportswriting) to be unbiased[1. Should be noted that I’m not really for writers being unbiased as long as they’re professional. If you want to root for a guy, you should be allowed to root for a guy. Seems to be working just fine for Simmons.]. A thing I don’t really pretend to hide from.

I’m often accused of hating OSU and wanting to burn the athletic department to the ground and other times accused of being so deep in the throes of my OSU fandom that I can’t even see straight.

Neither is really the truth.

I love OSU sports, but not to the detriment of bringing you a (hopefully ) professional and smart product on this blog. That’s the spot where I live.

And I say all that to say this: there’s nobody I root for harder than Peter Uhilein. Ever since I read this story about a conceded 4-foot putt to Patrick Cantlay, I’ve held him and his craft in pretty high regard.

He’s done things his own way, on his own terms. He eschewed Q-School, the Web.com Tour, and what would have been many sponsors exemptions in the U.S. for a chance to truly develop his game in Europe.

A move that, as I mentioned earlier was scoffed at and criticized by many.

It was something he believed in though. Something he wanted. And today it paid off.

He will have his European Tour card through the end of the 2014 season[2. he had previously been splitting time between the European Tour and Challenger Tour — Europe’s version of the Web.com Tour.] and will get to play in the BMW Championship later this year on the PGA Tour.

He is officially one of the 150 best golfers on planet earth.

Not a bad day for the kid in orange.