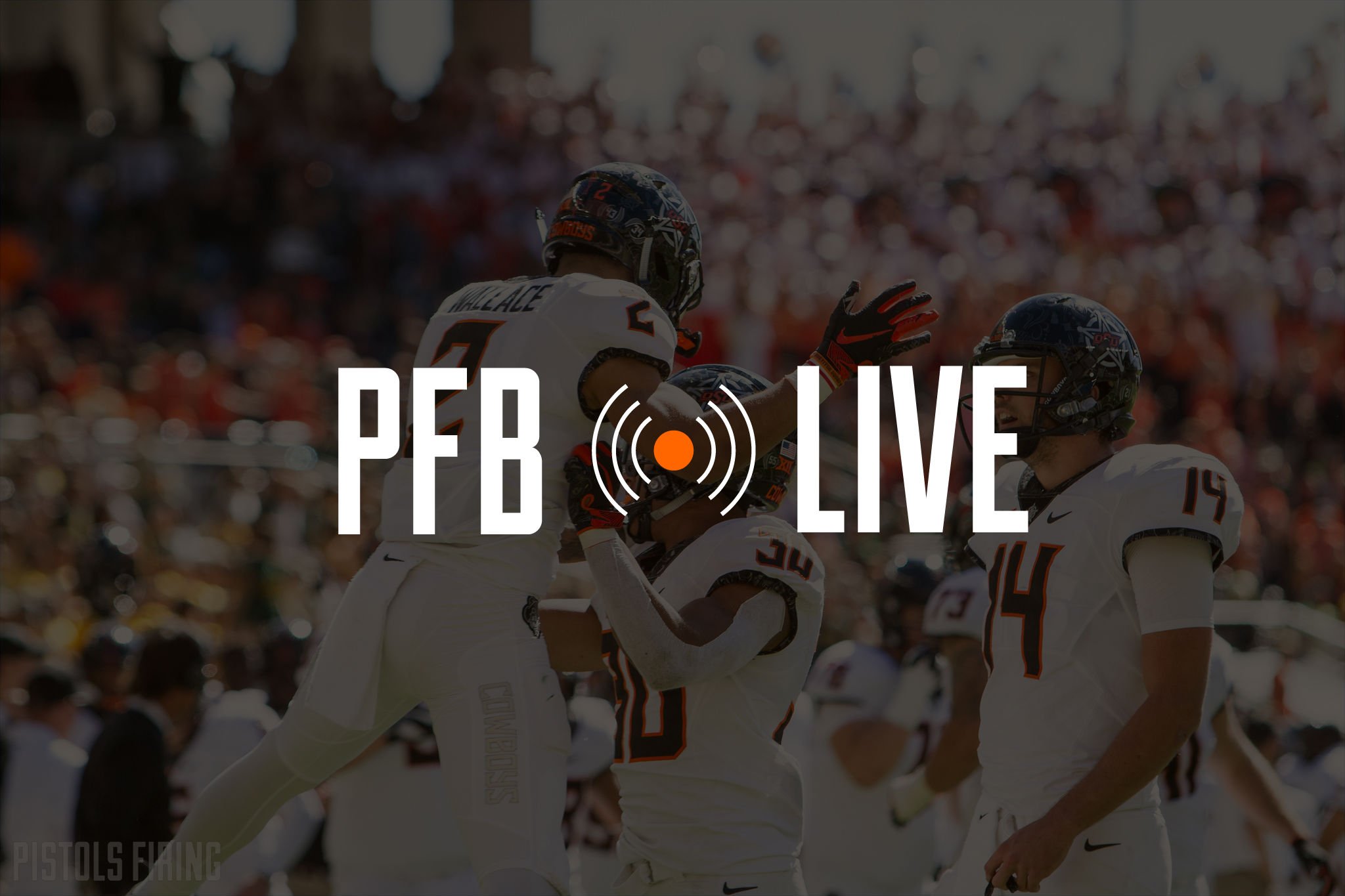 The Cowboys are back at it for a chance to end a pretty unexceptional season on a high note against a familiar foe.

Despite the end result teetering slightly on either side of mediocrity, there are plenty of storylines to follow. Which Cornelius will we see? Will we see the defense at all? Can Tylan add to historic year? How does Chuba cap his season now as the Cowboys’ RB1?

So sit back, pull up a keyboard and enjoy all the takes and tweets. The comment section is now open.

Mark Cooper has the quick math with just how banged up the Cowboys will be today compared to how they started the year. It’s not great.

Cowboys win the toss and defer to the second half. Drew Lock and Missouri Start with the ball.

Cowboys force Missouri into a three-and-out, and Cornelius caps off the Cowboys’ first drive with a 30-yard TD to Dillon Stoner. OSU up 7-0.

OSU corner Rodarius Williams called for targeting. The play is reviewed and confirmed. Williams is disqualified for this hit.

The Tigers get inside the 10, but the OSU defense makes a stand. Mizzou adds a field goal. OSU 7, Missouri 3.

On the last play of the quarter, Taylor Cornelius’ helmet pops off and Dru Brown enters, but the quarter runs out before he can get a play off. Sad day.

The first quarter ends 7-3, OSU. The Cowboys have the ball, as well.

Dru Brown gets the first play of the quarter at QB. Let’s over-analyze this handoff.

Malcolm Rodriguez goes down grabbing his knee after a tackle. He walks off under his own power. The Tigers get a touchdown on the 97-yard drive. And it doesn’t look as if Rodriguez will be back. Missouri 10, OSU 7.

Per @RAllenGoPokes, Malcolm Rodriguez is out for the rest of the game with a knee injury. Second starter in the secondary to leave for #OKState today.

There seemed to be a false start on the touchdown play, but nothing was called.

OSU caps off its ensuing drive with a Cornelius to Tyron Johnson TD. Pokes back on top 14-10.

Mizzou answers quickly but miss the extra point. Tigers lead 16-14 with 3:35 left in the half. Shootout on.

Cowboys will start the second half with the ball.

Cowboys start the half on their 25.

Cowboys march down the field on a big drive for Tylan Wallace. Wallace caps the drive with his first TD reception of the afternoon. Pokes back in front 21-16.

Kenneth Edison-McGruder forces the game’s first turnover. Pokes have the ball back in good field position.

I’m not sure if this belongs here, but enjoy it:

Missouri has a good-looking drive but has to settle for a field goal after a few penalties. OSU’s lead is cut to 28-19.

Tyron Johnson makes back-to-back impressive catches. His most recent catch was a 47-yard touchdown reception. Cowboys extend their lead to 35-19.

Missouri goes for it on fourth-and-six but can’t get it. Cowboys take over on the OSU 48.

The quarter ends with OSU threatening and up 35-19. The Pokes outscored Missouri 21-3 in the quarter.

Taylor Cornelius tosses an interception on the first play of the fourth. Mizzou takes over, and Drew Lock throws an 86-yard touchdown pass on the next play. Tigers lining up to go for a two-point conversion.

After a timeout, the Tigers decided to kick an extra point. It’s good. OSU’s lead is trimmed to 35-26.

After a nice run from Chuba Hubbard, Taylor Cornelius tossed his second INT in as many drives.

For the second time this game, OSU loses a corner to a targeting call. Here is the hit that disqualified Kemah Siverand:

OSU tries a fake punt and doesn’t get it. Mizzou takes over on OSU’s 32. How quick has this came crumpling down?

The Cowboys’ defense forces a three-and-out then blocks a field goal attempt to preserve OSU’s 35-33 lead.

Oklahoma State drives inside the Mizzou 20, but the Cowboys settle for a 27-yard Matt Ammendola field goal. OSU’s lead is 38-33 with 5:54 left.

In what might be the longest lasting drive in American football history, Drew Lock got stopped on fourth down to ice the game.

Stick around the site for recaps, Porter’s 10 Thoughts and a whole lot more.