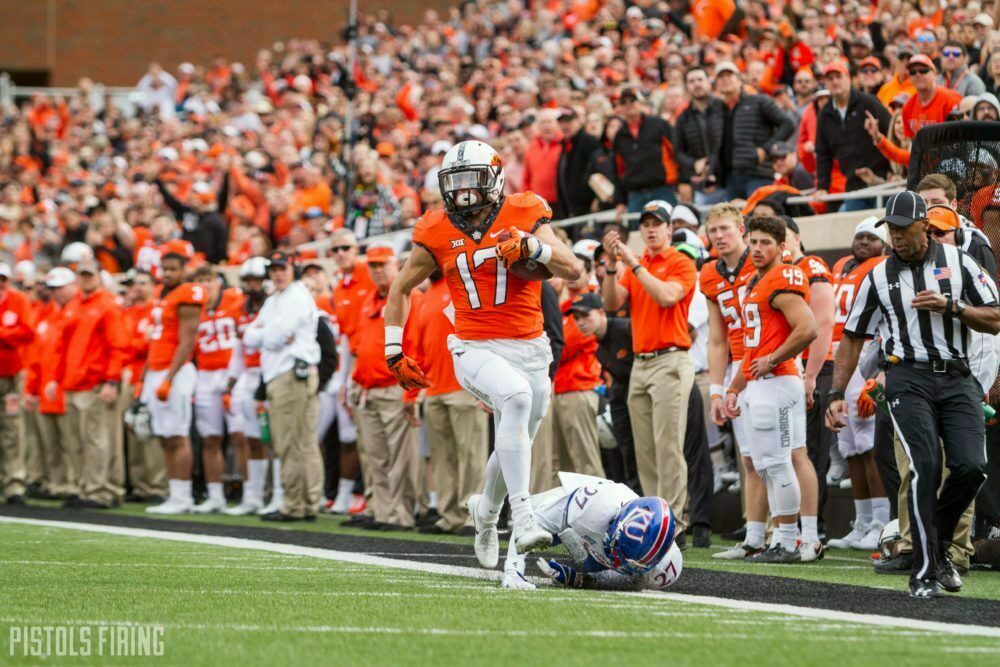 Oklahoma State hits the road Saturday for its first game of the season away from the safety of Boone Pickens Stadium to take on the winless Kansas Jayhawks in Lawrence, America.

Here are our staff’s predictions.

Final score: OSU 38, Kansas 14. I think the Pokes finally break 30.  A trip to Lawrence is often just what the offense needed. (If they can’t match Coastal Carolina’s total against KU, we may have a problem here.)

Who leads OSU in rushing yards: I think LD Brown leads the Pokes with his second 100-yard outing in a row, mainly because there should be no reason for Chuba to carry it 20 times. Unleash Dez Jackson.

Pregame MVP prediction: Give me Shane to shine as the Cowboys’ MVP, say to the tune of 250 and two total TDs.

Who leads OSU in rushing yards: Chuba Hubbard. I think this is the day Hubbard breaks into stride. His fumbles haven’t been great, but averaging 97 yards a game in two games is still nothing to sneeze at. With that said I think he breaks a few long runs and goes for 150+.

Pregame MVP prediction: Chuba Hubbard. If he goes for 150 like I predict, he would have to be MVP, right? Someone could also have a big sack day, so there is room for a defender to steal MVP honors.

One question you have that may determine Saturday’s outcome: Will OSU get lost on the way to David Booth Kansas Memorial Stadium? It’s the only way the Pokes would lose.

Who leads OSU in rushing yards: LD Brown. He led the backfield in yards rushing last season, edging Chuba Hubbard by two yards despite 11 (!) fewer carries. That’s obviously skewed because the fact that he broke off a long one for a score, but the way he’s playing this season, I feel like another homerun score seems totally possible.

Pregame MVP prediction: Tylan Wallace. Kansas is probably going to dare Illingworth (assuming he’s at QB) to beat them with his arm. So he’ll do enough chucking downfield to Tylan to boost those numbers into MVP-caliber. I foresee a 150 yards, two score type day for Superman.

One question you have that may determine Saturday’s outcome: Does Kansas … let ‘er rip? Halfway kidding, of course. But Kansas obviously has nothing to lose here, and you know Les Miles would love to beat OSU. Do they throw the kitchen sink at OSU, and if so, how does OSU respond? (OK, that’s two questions. Whatever.)