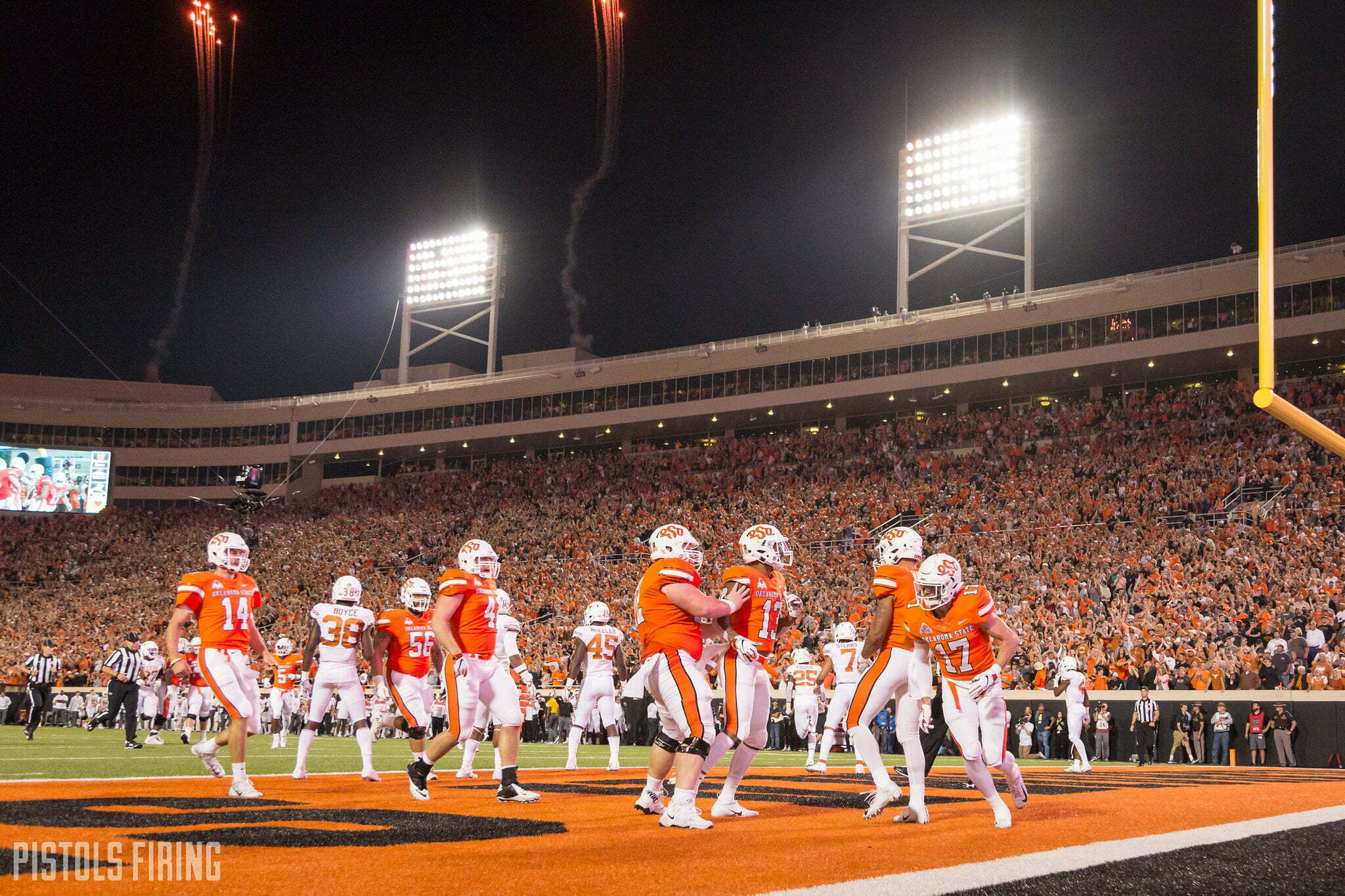 After a 23-day layoff, Oklahoma State will take center stage Saturday in what maybe — no, in what will definitely be — the game of the week in the world of college football. It’s No. 6 OSU vs. No. 17 Iowa State in the Boone. Predictions from our staff for the big game are below.

Offensive Player of the Game: Tylan Wallace — His stiff arm from this game last season already makes him the player of the game this season.

Defensive Player of the Game: Kolby Harvell-Peel — KHP had a nutty amount of pass breakups against the Cyclones last year, so he gets my nod this year

Offensive Player of the Game: I will go with Tylan. In four games, Iowa State hasn’t allowed any single player to reach 50 yards rushing or receiver to reach 100 yards. I think both streaks end against Oklahoma State, but I expect a monster game from No. 2.

Defensive Player of the Game: ISU is good up front, allowing just four sacks this season, but I Calvin Bundage sneaks into the backfield a time or tow. His streak of multiple sacks in consecutive games continues.

Bold prediction: OSU has two different passers through a TD

Offensive Player of the Game: Tylan. Two tuddy day in play again for him here. This is a pretty well-rounded ISU defense, but they’re susceptible to giving up big plays down the field.

Defensive Player of the Game: Tre Sterling. Iowa State’s going to attack the middle of the field and try to break Charlie Kolar loose while milking the clock and making OSU’s defense stay on the field. Sterling — and the entire secondary — will need to minimize those plays as much as possible and eliminate any chunk plays down the middle of the field, where Brock Purdy is comfortable.

Bold prediction: OSU’s defense accounts for at least one score. Purdy’s got real NFL potential if he puts it together, but he’s prone to make some boneheaded mistakes, too. If OSU’s defense can apply the pressure and get him rattled — which surprisingly hasn’t happened often this season — then the D will come up with a scoop-and-score or pick-six. Heck, maybe both!

Offensive Player of the Game: Chuba. Chuba’s been running the zone read with a quarterback matching my (lack of) athleticism and with Sanders back, he rips it all wide open.

Defensive Player of the Game: MalRod. He’s haunted Purdy’s dreams for a year and with no outside receiver talent, OSU will bracket the tight ends and Rodriguez will have a thousand or two tackles and a few key stops.

Bold prediction: Chuba runs for more than 200 with two TDs. The Cyclones will have minimal safety support (a result of past Tylan Trauma) in the box all day and Chuba is going to have a game like he did against K-State or TCU last year where he embarrasses a good defense

Offensive Player of the Game: Whoever the QB is. Sounds like Sanders or Illingworth could get the start. I think both could have a good day here.

Defensive Player of the Game: Malcolm Rodriguez- You know I always have to go with the wrestler, but throwing that bias aside, he had a huge game against them last year and that monster pick six that basically put it away. I think he’ll have another big game this weekend.

Bold prediction: OSU runs away with it and wins by 20+. This goes completely against my score prediction which expects a somewhat low scoring and pretty close game. I think OSU will have some rust after the few weeks off and the awkwardness of the Baylor cancellation, which IMO will be what keeps it tight. But I think if that doesn’t happen, and OSU comes out firing, they could run away with it.