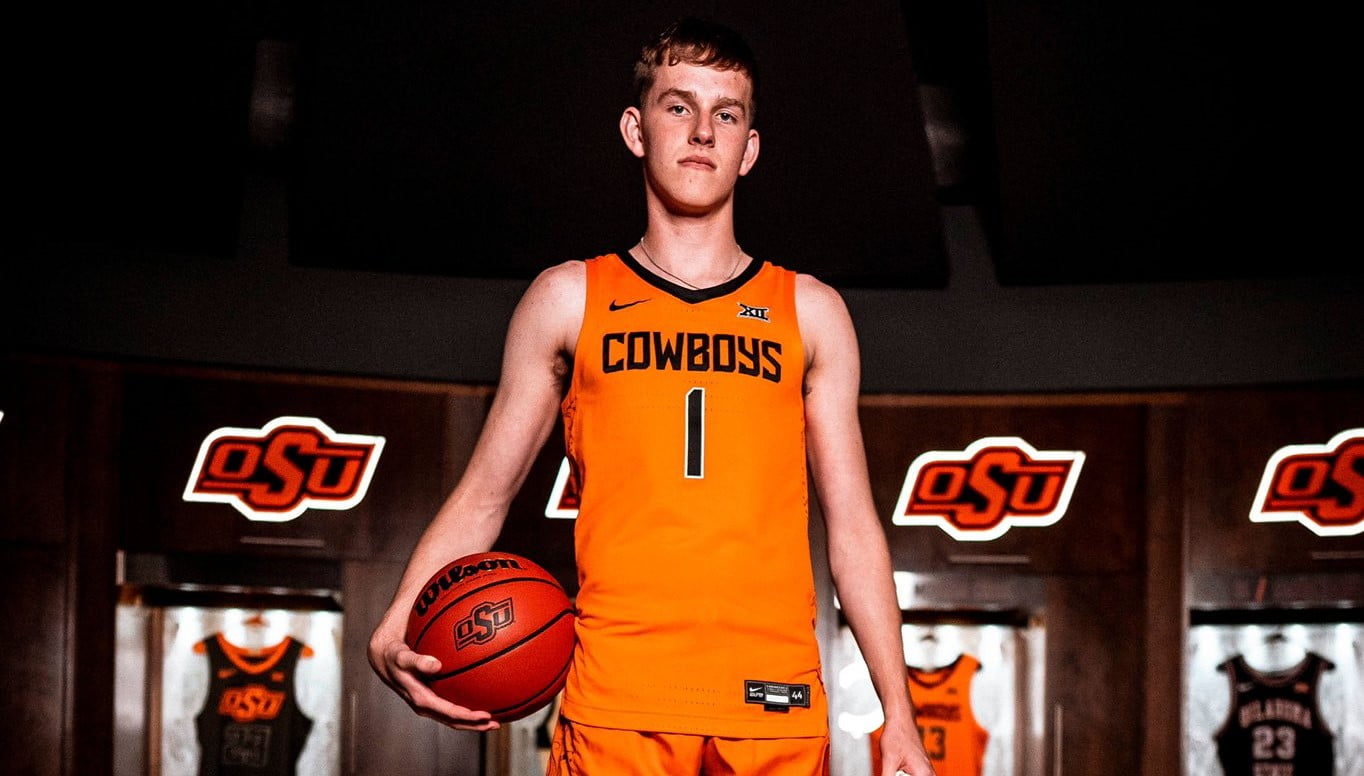 Oklahoma State added to its 2023 recruiting class Saturday after Broken Arrow standout Connor Dow announced his pledge to the Pokes.

Dow, a 6-foot-5 wing player, shot 44% from 3 on the Nike EYBL circuit this summer with Team Griffin. Dow spoke with PFB before his announcement Saturday about his commitment, his talks with OSU’s staff and what kind of player the Cowboys are getting.

Connor Dow: “I really felt a connection with the coaching staff, Coach (Mike) Boynton, Coach (Keiton) Page, everyone. They have a role that I feel like I could really fit into, and that’s where I feel like my skill set could be utilized.”

PFB: What is that role?

CD: “Just a shooter, hard worker, play defense, great teammate, be everything they need me to be.”

PFB: What has your contact with Oklahoma State’s staff been like? You went on the visit a couple weeks back, but had you been in communication with them before that?

CD: “I’ve been in contact with them since the Kansas City EYBL tournament (July 7-10). Last week, I went on unofficial and then I went on another one on Tuesday when I committed. So yeah, we’ve just been building relationships, getting to know each other and then obviously they offered and I committed.”

PFB: So you got offered on your most recent visit? Did you know it was coming? What was that like?

CD: “Yeah, I had a feeling one was coming. Just by talking to them and seeing what they needed and what I felt I wanted, everything just aligned up. Once I got there, that’s where I felt most at home on campus. Once they offered, I committed.”