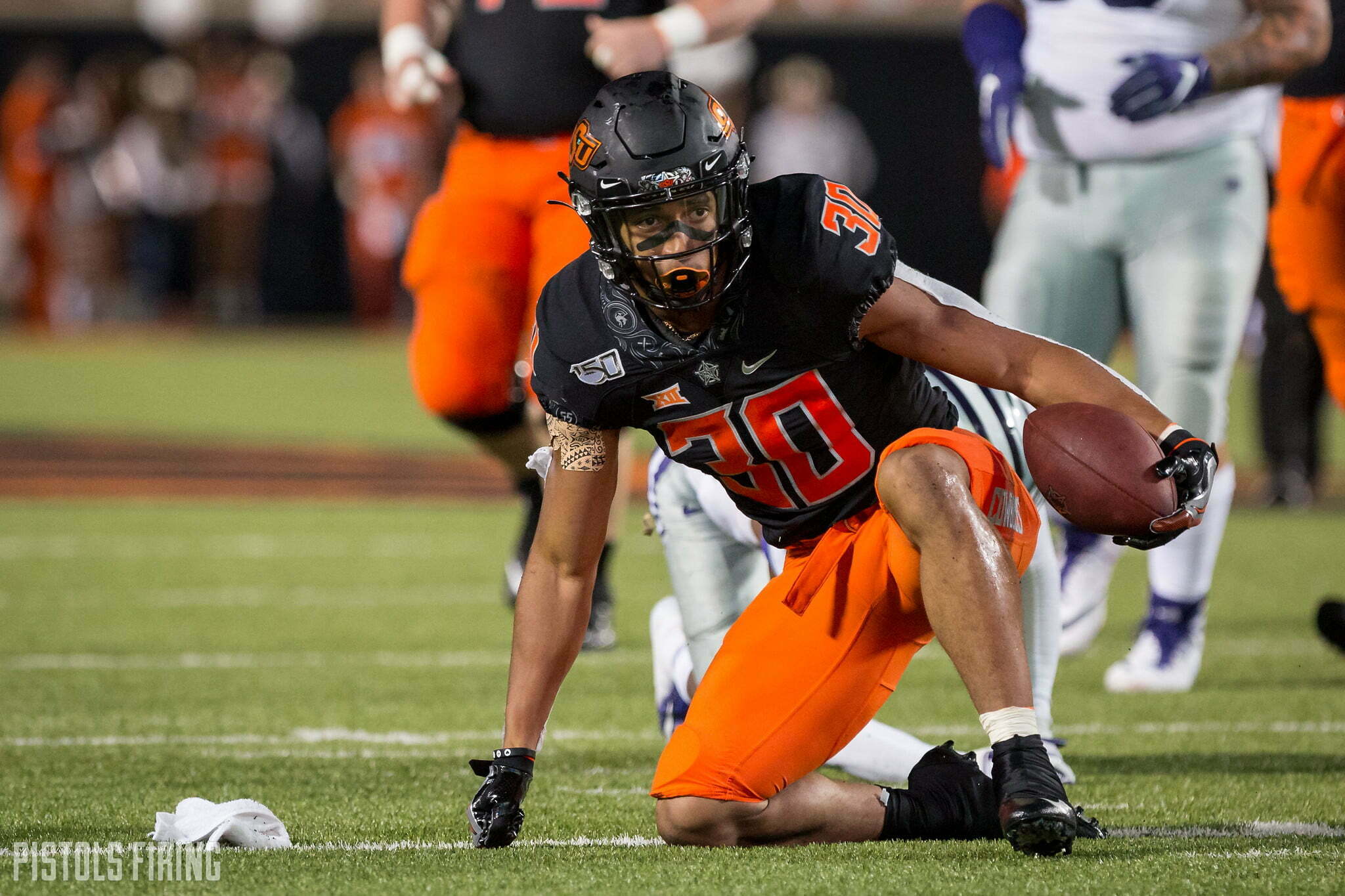 The PFB editors got together to discuss the K-State win, Chuba’s hefty workload and what we’ve seen from the defense thus far. Hope you enjoy.

Kyle Cox: Does the heavy usage of Chuba and Tylan bother you at all?

Kyle Boone: Chuba’s usage bothers me because of the position he plays. Tylan’s doesn’t because receivers don’t get injured as often. Every year in the NFL or in CFB we see running backs wear down, and in some cases, get injured because of it. He’s shouldering such a heavy load that he’s inevitably more susceptible to injury. Maybe it’s worth it because he’s so good, but when you’re getting 30+ carries a game you’re playing with fire.

Cox: I know it’s been a big storyline so far, and for good reason, but I’m not sure I really care. It would be ideal to have a little more production from LD Brown or someone else, but I think I agree with Gundy. Chuba makes this a different offense. You gotta play him.

Marshall Scott: Chuba’s 37 carries again Texas were troublesome, but the 25 against K-State weren’t.

As for Tylan I think it would worry me if there were no other capable receivers on the roster, but there are plenty. One day a team will find out a way to corral Tylan, and that day Dillon Stoner, Jordan McCray, C.J. Moore of the Cowboy backs will be there.

Cox: Yes, Tylan’s doesn’t at all. I agree with Boone. My stand looks pretty silly if he gets injured.

I’m more worried about Tylan getting hurt trying to run up the middle or crack-blocking some dude.

Kyle Porter: I’m worried about Chuba come November. He’s on pace for 325 carries, which he can handle but every carry is one more opportunity for the unspeakable to happen.

Cox: How good can this defense actually be? Am I overreacting to a win over Kansas State?

I thought OSU might be really good last year after Boise, but then Tech hangs 40 on them a week later.

Scott: I think in classic OSU defense style, there will be more down moments this year. But with that said, I think it’s fair to say this is a good defense for OSU standards.

Boone: I’ve been pumping up the defense (because, in part, #content). I think I just need to see it against a team with a competent QB. OSU didn’t respect K-State’s vertical passing game and doubled down on shoving the box with dudes. That won’t work when Brock Purdy, Jalen Hurts etc. etc. are behind center.

Which will be frustrating.

Porter: But I do think they have some dudes, which obviously matters. And it appears that Jim Knowles can in fact scheme in the Big 12. I thought what they did against Texas was so underrated. Again (FOR THOSE IN THE BACK) OSU gave up fewer points to Texas than mighty LSU.

Cox: I know Tech stinks, but I’m mildly nervous about Jett Duffey running for 120 yards on them.

Scott: I for one am not the most worried about Duffey.

Cox: I think OSU wins going away. Maybe I just wanna see the defense contain a more mobile QB, like with my own eyes.

Boone: It feels like at least once a year, OSU randomly surrenders a career game to a third-string quarterback. So if Duffey went off for 500 yards and 8 touchdowns, it would be about as surprising as OSU holding him to 120 yards passing would be.

Boone: Remember when OSU made Chris Johnson look like Peyton Manning? That was fun!

Porter: Tech has won one of the last 10 games against OSU. I’m not mega-worried.

Cox: Cooper Rush made it to the pros based solely on his last game against OSU!